Zen And The Art Of Hospital Lien Maintenance

Understanding Hospital Liens in All 50 States 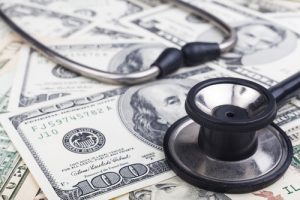 In his 1974 book, “Zen and the Art of Motorcycle Maintenance”, Robert Pirsig recounts a fictional 17-day motorcycle trip he took with his son from Minnesota to California. The book describes the “romantic” approach to the life of his friend, John Sutherland, who chooses not to learn how to maintain his expensive new motorcycle. John simply hopes for the best and when problems arise, he becomes frustrated but lives with the problems. He is forced to rely on expensive mechanics to repair his motorcycle—in contrast to the narrator of the story, who successfully maintains his older motorcycle and experiences no problems. Hospital liens have permeated our society as important vehicles for the recovery of payments for services rendered by hospitals and health care professionals. They affect all parties to litigation and can dramatically affect the outcome of litigation. If not properly perfected and “maintained”, however, hospital liens can be the source of expensive problems for hospitals, physicians, and other health care providers. This article is an overview of hospital lien laws across the country and culminates with a link to a chart detailing the lien laws of all 50 states.

Hospital lien laws first began making an appearance during the 1930s in order to protect hospitals from the burden of treating uninsured and/or indigent patients and to provide a motivation to treat patients requiring emergency medical care even before they verify the existence of health insurance coverage. This original legislative intent of these lien statutes has gradually eroded—but not entirely disappeared—as the percentage of those covered by health insurance (9.3% in 1940) has grown exponentially. The most common scenario involving a hospital lien is when a person requires emergency medical treatment as the result of an auto accident, and subsequently brings a claim against the responsible driver who caused the accident. Each state has different procedures and requirements for the establishment and enforcement of these liens. Georgia and Texas, for example, require the lien to be filed in specific courts. California and Louisiana, on the other hand, merely require that the lien be served on the interested parties by certified mail.

The Texas Hospital and Emergency Medical Services Lien statute (Tex. Prop. Code §§ 55.001 to 55.008), for example, requires a lien to be filed in the county where the hospital is located, but is still applicable to recoveries made in other counties, even if suit is not filed. The lien only applies if the patient is admitted to a hospital or if emergency medical services are provided within 72 hours of the accident. If the patient is transferred to another hospital, that hospital may also file a lien if the first hospital had the right to do so. The lien must state the name and address of the injured person and date of the accident. It must also state the name and address of the hospital as well as the name of the at-fault party (if known). Once the lien is filed, the hospital must mail notice of the lien to the injured person or their legal representative. Once a hospital secures a valid lien, the hospital’s right to recovery is superior to the patient’s right of recovery. If transported by ambulance, an emergency medical services provider (EMS) can also assert a lien, but only in a county of 800,000 or less. The lien does not attach to uninsured/underinsured motorist benefits, Med Pay or PIP benefits, or workers’ compensation benefits. The amount of the lien is the lesser of (1) the amount of the hospital’s charges during the first 100 days, or (2) 50% of all amounts recovered by the patient through a cause of action, judgment, or settlement. It also includes a doctor’s reasonable charges during the first seven (7) days. Every state is different. Some states liberally enforce these laws so that technical deficiencies in establishing or seeking enforcement do not defeat recovery by the hospital. Other states are less likely to ignore such deficiencies.

Hospital liens vary widely from state to state. These variations include such things as whether or not the lien applies to workers’ compensation claims and/or wrongful death claims. Some states (e.g., Tennessee) limit the percentage of the total settlement that can be recovered under a hospital lien when the patient is not “made whole” by the third-party settlement. Other states (e.g., New York and Alabama) require that the treatment occur within a certain time frame in relation to the accident which caused the injury in order for the lien to be able to apply to medical expenses incurred as a result. In other states, if an attorney requests a copy of a client’s bill and/or medical records, that documentation must be provided free of charge to the attorney, possibly within a limited period of time, or the lien is not valid.

The hospital lien laws of thirty-two (32) states provide that an attorney’s lien/fee takes precedent over the hospital lien. These include AL, AK, AZ, AR,GA, ID, IN, IA, KS, LA, ME, MD, MA, MN, MO, MT, NE, NV, NM, NY, NC, OK, OR, RI, SD, TN, TX, UT, VT, VA, WI, and the District of Columbia. Six (6) states’ statutes provide that the hospital lien takes precedence over all other liens (CA, CO, DE, CT, NJ, and NH). Other states, like Vermont, provide that the hospital lien cannot take more than two-thirds (2/3) of the total third-party settlement or $500, whichever is higher, after attorneys’ fees. Twenty-four (24) states have legislated that hospital liens cannot be recovered from workers’ compensation settlements. Yet other states (e.g., New Jersey) subordinate a physician’s or dentist’s lien cannot claim more than 25% of the third-party recovery remaining after a hospital lien has been repaid.

The amount asserted in a hospital lien has also become a point of contention across the country and varies from state to state. While the law in every jurisdiction allowed plaintiffs in personal injury lawsuits to recover the “reasonable value” of the medical services incurred, defendants have begun to argue that such medical expenses are neither “reasonable” nor “incurred” by the plaintiff because they were paid by a collateral source (e.g., private health insurance, state Medicaid, Medicare, workers’ compensation, governmental assistance programs, etc.). A “collateral source” is benefits received by the plaintiff from a source wholly independent of any collateral to the wrongdoer. The defendants argue that the medical bills are not “reasonable” because they were reduced or written off by the insurance provider, who accepted insurance payments; thus, defendants argue that the injured plaintiff’s reasonable medical expenses and damages should be limited to sums “actually paid” by the insurer and proof of the full medical charges that were billed (either written-off or paid by insurance) should be excluded. Proving the reasonable value of medical services has become both controversial and confusing; and every state has gone its own way in dealing with the issue. For a chart covering the subject of the amount of medical expenses that can be introduced into evidence and/or recovered in personal injury civil litigation—amount charged, amount paid by the patient or a collateral source (such as workers’ compensation or health insurance), or some other amount—in all 50 states, see HERE.

Another growing area of controversy is the utilization of hospital lien filings even before the medical expenses are presented to the patient’s commercial health insurance company/plan. The purpose of this is that it can assert a lien for the full “retail” reasonable and necessary medical expenses, as opposed to the discounted amount it is limited in recovering from the health insurance company/plan. Some claimed hospitals were “gaming the system” by lying in wait and relying on hospital liens, because they netted a higher reimbursement than submitting them to the health insurance company/plan. In other words, some claimed that hospitals were using the hospital lien system—originally intended to make sure hospitals got paid after treating uninsured accident victims—as a sword, rather than a shield. State laws are beginning to address this “end-around” by providers seeking to make a full “retail” recovery of medical expenses, rather than the discounted amounts owed to health insurers.

Forty-two (42) states have statewide uniform lien laws covering the entire state. Florida, Kentucky, Michigan, Mississippi (repealed in 1989), Ohio, Pennsylvania, South Carolina, West Virginia, and Wyoming are the only states without statewide lien law provisions. These states do not currently have a statute with a general “medical lien” provision that establishes a statutory foundation for all health care providers and institutions to file liens in the state. For example, Florida does not have a comprehensive state hospital lien statute. Florida grants the autonomy to enact hospital lien statutes to the individual counties within the State of Florida. Some Florida counties allow liens for non-profit hospitals, while others allow them for all hospitals.

In certain states, such as Delaware and Wisconsin, the hospital lien statute only applies to charitable hospitals.

Most states have enacted their own statutes or “Acts” relative to hospital liens. For example, in 2003, in an effort to organize a variety of state lien laws, Illinois enacted the Health Care Services Lien Act (HCSLA). It consolidated the following pre-existing statutes:

The Illinois Act provides for two classes of liens, one for “healthcare professionals” and one for “healthcare providers.” The Act applies to the rendering of health services, except those made under the Workers’ Compensation Act or the Occupational Disease Act. The Act requires the injured person to give notice to any party holding a lien. The HCSLA (§ 23/10(c)) limits the total amount of all liens of health care providers to 40% of the damages paid to the plaintiff. 770 I.L.C.S. § 23/10(a). The lienholder has to provide notice to the plaintiff and defendant in a third-party action and the Act provides that the recovery for multiple liens in the same class (professionals or providers) must be proportionate such that neither class receives more than one-third (1/3) of the total recovery. 770 I.L.C.S. § 23/10(c). When the total amount of liens is equal to or greater than 40% of the complete recovery:

The practical effect of the Illinois Act was that if the total of all medical liens were reduced to 40% of the verdict or settlement, and the attorney’s lien was reduced to 30%, there would still be money available to go to the injured party.

About the only uniformities we find throughout the states with dedicated hospital lien laws is that a hospital will generally have one (1) year in which liability will attach to any party who has been given proper notice of the lien, and that generally the hospital liens will not attach to any workers’ compensation benefits owed to an injured party.