Subrogation Rights Can Be Lost Before They Are Pursued. 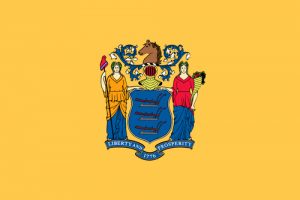 New Jersey common law employs an equitable doctrine known as the “Entire Controversy Doctrine” (ECD), which can be a trap for the unwary and used as a secret weapon to destroy subrogation claims. Similar to other states’ prohibitions against “splitting” a cause of action, this doctrine bars a party from commencing multiple lawsuits arising out of a single event or transaction. This doctrine requires joinder in one action of all legal and equitable claims related to a single underlying transaction. Manhattan Woods Golf Club, Inc. v. Arai, 711 A.2d 1367 (N.J. App.), cert. denied, 156 N.J. 411 (1998). It is an equitable doctrine that is based on “the principle that the adjudication of a legal controversy should occur in one litigation in only one court; accordingly, all parties involved in a litigation should at the very least present in that proceeding all of their claims and defenses that are related to the underlying controversy.” Cogdell v. Hosp. Center at Orange, 116 N.J. 7 (1989).

In Brake v. Martin, 2014 WL 3510898 (App. Div. 2014), the New Jersey Court of Appeals, in an unpublished decision, addressed the ECD in connection with a subrogation claim. Brake and his wife made a claim with their insurer, State Farm, after they had water and mold damage to their home. State Farm paid $9,500 to repair the damage, and in 2011 State Farm filed a subrogation action against the contractor that built the home. The contractor, in turn, commenced an action against its subcontractors. The claims asserted in the subrogation claim were based solely on the property damage to the Brakes’ home. The plaintiff in the subrogation action was identified as “Dennis Brake and Sheryl Brake by their subrogee State Farm Fire & Casualty Company.” Prior to the subrogation action, the insureds had retained an environmental consultant to prepare a report concerning the presence of mold in the home. The report noted that the type of mold spores that were observed “have the ability to cause adverse health effects such as pulmonary difficulty, ear, nose and lung infection, and allergic reactions.” The subrogation action ultimately was settled in August of 2012. In connection with the settlement, the parties entered into a release. The Brakes and State Farm were named in the release, which was signed by State Farm on behalf of the Brakes.

In July 2012, shortly before the subrogation action was settled, the Brakes filed a separate action against several defendants associated with the construction and prior ownership of the house. The Brakes asserted numerous claims against the defendants, including claims for personal injuries based on the Brakes’ exposure to mold. The defendants moved to dismiss the action based on the ECD, as all of the claims were all based on the same events that gave rise to the subrogation claim—the Brakes asserting personal injuries and State Farm asserting property damage. The trial court dismissed the case and the Brakes appealed. On appeal, the Brakes argued that the ECD should not have been applied to the personal injury claim. The Brakes did not contest the applicability of the doctrine to their other claims.

The Court of Appeals reversed, noting that there was not sufficient evidence in the record “to conclude…that the Brakes had sufficient knowledge in 2010 or 2011 to have had a fair opportunity to initiate a personal injury claim as part of the State Farm subrogation litigation, which involved property damage.” In order for a claim to be barred by the ECD, it must be shown that the insured or subrogated insurer had a fair and reasonable opportunity to litigate that claim in the other action. The court went on to note that the determination as to whether to apply the doctrine is based on “judicial fairness” making it clear that the reversal was limited solely to the issue of whether the personal injury claim, as opposed to the expanded property damage claims, should be barred by the ECD.

An insured that has sustained both property damage and personal injuries runs the risk of losing any rights it may have to sue for any unreimbursed loss if the insurer commences a subrogation action against the potentially responsible parties. Whether the insured’s rights will be lost will depend on whether the insured had “sufficient knowledge and time” to add any additional claims to the subrogation action. An insured should always ask that any potential uninsured claims (of which he or she is aware), together with any claims that arise during its pendency, be added in the subrogation action. The insured should seek leave to file a supplemental pleading thereby submitting to judicial discretion the determination of whether the claim should be joined in that action or reserved for a subsequent suit. If the insured fails to so move, he will ordinarily be barred from raising the claim in a subsequent suit. McNally v. Providence Wash Ins. Co. 304 N.J. Super. 83, 698 A. 2d 543 (App. Div. 1997).

In Petrocelli v. Daniel Woodhead Co., 993 F.2d 27 (3rd Cir. 1993), the 3rd Circuit applied the ECD to a prevent a product liability action filed by a plaintiff who had been a defendant in an earlier state court case arising from the same incident. A fire damaged a gas station and injured Petrocelli. The carrier for the gas station filed a subrogation action against Petrocelli in state court. Petrocelli filed a separate complaint in the same court against Daniel Woodhead Co. The subrogation suit was dismissed with prejudice, but Daniel Woodhead Co. removed its case to federal court, and the 3rd Circuit upheld the district court’s decision granting summary judgment on the basis of the ECD. The 3rd Circuit held that “because Petrocelli did not join Woodhead in the subrogation suit, as required by the ECD, he was now barred from pursuing his personal injury claims.

The ECD is an equitable doctrine and its objectives are to encourage comprehensive and conclusive litigation determinations, to avoid fragmentation of litigation, and to promote party fairness and judicial economy and efficiency. K-Land Corp. No. 28 v. Landis Sewerage Auth., 800 A.2d 861 (N.J. 2002). However, it has become so onerous that there are even instances of a litigant’s malpractice claim having to be litigated along with the underlying suit. It is certainly something that subrogation professionals must keep on their radar when dealing with New Jersey.

In Franklin Mutual Ins. Co. v. Castle Restoration & Constr., Inc., 2016 N.J. Super. Unpub. LEXIS 2300 (App. Div. Oct. 20, 2016), an unreported appellate decision, the court affirmed the dismissal of a property subrogation suit based on the ECD. Although the decision is unpublished it serves notice to insurers involved in a declaratory judgment action that they should not wait for the declaratory judgment action to be decided before taking action to protect their subrogation rights in pending litigation filed by their insured. The subrogated carrier in that case filed a subrogation action and moved to consolidate it with the previously-dismissed action filed by their insured. Noting that the carrier was fully aware of its insured’s litigation and allowed it to proceed to dismissal before filing its subrogation action, it dismissed the claim because the carrier had no claims to pursue.

If you should have questions regarding this article or subrogation in general, please contact Gary Wickert at [email protected].