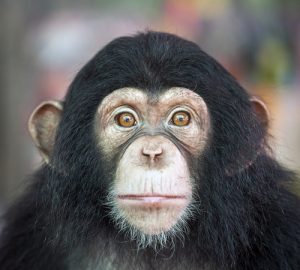 Most state workers’ compensation laws, or cases construing them, allow the employer and its carrier to waive its right to subrogate against a third party that caused or contributed to an employee’s injury. The purpose of a subrogation waiver is not well understood and is a subject of some confusion in the marketplace. Most frequently, contracting parties agree to contractually require the inclusion of a waiver of subrogation endorsement in a workers’ compensation policy simply because the requirement is contained in the form contract, and has been for many years. On other occasions, the requirement is included in the belief that such a waiver will provide some protection or immunity from lawsuits filed by employees of other subcontractors.

In addition, the subcontractor pays an additional premium to have the endorsement appended to the insurance policy. This premium is often 5% to 10% of the manual premium developed with the project/contract for which the waiver is provided, or more. Frequently, the only ones who benefit from a waiver is the employee and the personal injury attorney he or she has hired, who are then allowed to receive a double recovery if the worker’s compensation lien does not have to be repaid to the employer or its compensation insurer. The contractor against whom subrogation is waived doesn’t benefit since the employee can still sue for personal injuries. For all the harm the misunderstood waiver causes, employers and/or workers’ compensation carriers continue to pay unlimited medical expenses and/or indemnity benefits for the life of the employee, rather than receiving a statutory future credit which would positively affect the employer’s experience modifier. It increases the cost of doing business in every state in which waivers are allowed.

Why waivers of subrogation are requested is a question that results in blank stares and shoulder shrugs. Risk managers want them because they were in the previous contract their company entered into. Subcontractors further down the food chain request them because somebody else required it as a condition to being awarded the contract. Owners and general contractors insist on them because they feel they are buying protection at some level, perhaps believing it will prevent the employees of subcontractors from suing them for injuries received on the project. Nobody knows why they are required—it’s just the way things have always been done. As is true for so many aspects of human nature, when asked why something is done, one of the more surprising things to hear from educated, highly competent people is, “We’ve always done it that way.” They simply cannot explain the rationale—they only know that it would be worrisome at some unknown level to deviate from that norm. This phenomenon is reminiscent of a 1967 learned response experiment by researcher G.R. Stephenson involving rhesus monkeys.

Five monkeys are placed in a large cage. Inside the cage, a banana is hung on a string and a set of stairs is placed under the banana. Soon, a monkey will go to the stairs and climb toward the banana. As soon as he touches the stairs, researchers spray all the other monkeys with cold water.

Now, the cold water is put away. One monkey is removed from the cage and replaced with a new one. The new monkey sees the banana and attempts to climb the stairs. To his shock, all the other monkeys assault him. After another attempt and attack, he learns that if he tries to climb the stairs he will be assaulted.

Another of the original five monkeys is replaced with a new one. The newcomer goes to the stairs and is attacked. The previous newcomer participates in the punishment with enthusiasm, because he is now part of the “team” and has learned the rule but has no idea why it is the rule. Soon all five monkeys don’t know why they aren’t permitted to climb the stairs and they don’t know why they are participating in the assault on the new monkey who tries to do so.

Like the monkeys in the experiment, companies who insist on waivers of subrogation in their contracts do not know why they do so, and companies forced to ask their workers’ compensation carrier for a waiver endorsement do not understand the effect such a waiver will have on their workers’ compensation insurance premiums just a few years later. The devasting future cost of the waiver that benefits only the employee and a trial lawyer is not fully appreciated until it is much too late.

We can attempt to answer the question that has no satisfactory answer. With such questionable value, why are subrogation waivers routinely required in contracts? There are many culprits. General liability insurers look favorably on companies that obtain waivers from their subcontractors. It is a fairly standard question on general liability applications and the right answer can affect the insurer’s appetite for the risk and the premium charged. Requesting waivers has also become a “best practice” for brokers, insurance advisers, and risk managers. Few are willing to have their competence questioned because they failed to follow an industry norm—even if the norm is largely pointless and about as well understood as why the monkeys attack one another when they approach the ladder.

Waivers of subrogation are like onions, with many layers which must be peeled back before an employer or its subrogated workers’ compensation carrier can definitively write off any subrogation and/or reimbursement rights. An article on the subject can be viewed HERE. 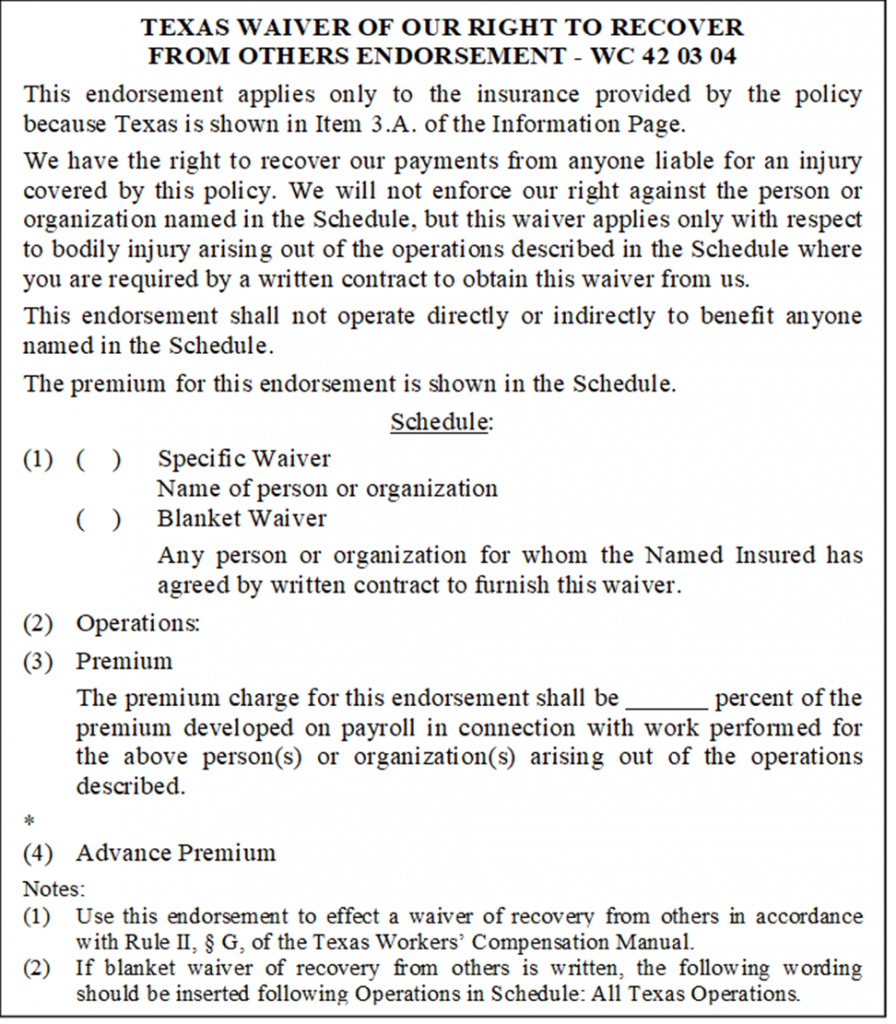 Other states have other waiver forms, like Form WC 00 03 13 above. The very terms of the above endorsement refer to waiving “the right to recover our payments from anyone liable for an injury covered by this policy.” It indicates that the carrier will not enforce this right “against the person or organization named in the Schedule.” This language suggests that the workers’ compensation carrier is agreeing to waive the first of the three above-referenced rights granted by a state’s workers’ compensation subrogation statute—viz., the right to sue the tortfeasor—but not the other two rights, including the right to be reimbursed out of any recovery the employee eventually receives from a settlement or verdict with the tortfeasor. Not all states agree with this interpretation, and the actual effect of a valid waiver of subrogation varies from state to state, with most states still not having decided one way or the other. Because most states have not developed a rule regarding the full effect of a valid waiver of subrogation endorsement in a policy, an argument should be made that the right of subrogation is waived, but not the right to reimbursement or the right to a future credit.

To see a chart by MWL on the laws in all 50 states regarding whether a state allows such waivers and the effect such a waiver has if it is enforceable, see HERE. For questions regarding workers’ compensation waivers of subrogation and subrogation generally, please contact Gary Wickert at [email protected].