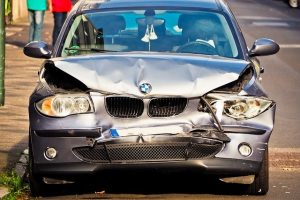 In its widest sense, “no-fault insurance” is a term used to describe any auto insurance coverage under which policyholders are paid for personal injuries and property damage they sustain in accidents through their own insurance company, regardless of fault. In many ways it is like first-party coverage. However, the term “no-fault” is most commonly used in the context of state-wide insurance programs and laws which dictate that a policyholder (and his or her passengers) are not only reimbursed by the policyholder’s own insurance company without regard to fault, but are also limited in their right to sue negligent tortfeasors responsible for causing their injuries and damages.

Utopia in a world of fatal auto accidents, insurance policies with fine print and exclusions, and serious injuries which affect the ability of a person to work productively and provide for his or her family, is impossible to achieve. The word itself—utopia—was coined out of thin air by the humanist English lawyer Sir Thomas More in his 1516 book of fiction and socio-political satire entitled “Utopia.” One wonders whether More’s inspiration for the word came from the Greek word eutopia, meaning “the good place”, or the Greek word outopia, meaning “no place at all.” We are given a hint with the name he gave the book’s narrator, Raphael Hythloday, who lived for five years on the island of Utopia before returning to Europe to spread the word about the Utopian ideal society. In Greek, his last name means “talker of nonsense.”

A look at the origin of no-fault auto insurance is a bit like the search for the Holy Grail itself—pointy-headed policy wonks envisioning a society in which there is no individual responsibility for harming another, simply a perfect utopia where there are no lawsuits and everybody receives medical care and wage loss replacement from their own personal auto carrier. They sought a world in which the minor accidents were resolved quickly and fairly without delay or litigation, the seriously injured and fatalities received adequate first-party benefits, and auto insurance premiums were kept affordably low. Unfortunately, a perfect auto insurance and civil liability system doesn’t exist in an imperfect world. But that didn’t stop the no-fault idealists from trying anyway.

In the early 1930s, a group of professors from Columbia University took a critical look at America’s auto insurance system and envisioned a similar outopia. They proposed a system of scheduled benefits just like the young workers’ compensation system did at the time. The objective was to implement quick and complete payment for property damages and personal injuries incurred in auto accidents while eliminating contentious lawsuits and the role played by America’s civil justice system. They envisioned quick and complete compensation of auto accident claims without the need for litigation. They suggested moving from the American tradition of resolving disputes through insurance claims or civil litigation to a system where those injured or suffering damages as a result of an auto accident would be fairly compensated by their own insurance company, regardless of whether they were at fault. Their proposal prohibited recovery of non-economic damages (pain and suffering, mental anguish, etc.) and allowed only the recovery of economic damages (medical expenses and lost wages).

The Columbia proposal languished in neutral for years until 1965, when two more educators—Robert Keeton and Jeffrey O’Connell—published a limited no-fault system applicable exclusively to minor auto accidents, which they entitled Protection for the Traffic Victim.[1] This study put no-fault auto insurance in the limelight.[2] The proposal was that those injured in an accident would be compensated for medical expenses and lost wages, no matter who was at fault. However, compensation for non-economic damages via the U.S. tort system would not be allowed except for the most serious of cases or when certain “thresholds” were met. One proposed threshold was $5,000 in non-economic damage. Aggrieved auto accident victims would be allowed to recover only those medical expenses and other economic costs which exceeded the no-fault benefits provided.

Underpinning the entire concept of no-fault insurance was a look back at English common law and the mistaken belief that historically, all tort law was historically no-fault, that proving fault was not necessary in order to recover. To some limited degree, this was true. In the Whig version[3] of this history of tort law, the development of the principle that a plaintiff must show fault in order to recover was a symptom of Anglo-American law’s moral development.[4] Its underpinning was the notion that the principle of fault reflected the superiority of the English common law. This bore fruit in the last half of the 19th century with the growth of the concept that a plaintiff must prove that a defendant was at fault in order to recover damages. Given the central role that fault plays in the U.S. civil justice system today, it is easy to imagine that it has always been that way. But it wasn’t.

In 1971, Massachusetts became the first state to pass a form of auto no-fault insurance.[5] The leading proponent of the initiative was then-Massachusetts state legislator and later Democratic presidential candidate Michael Dukakis, who had taken one of Keeton’s courses and learned through an intermediary about the as-of-yet unpublished Keeton-O’Connell study. Dukakis got a copy of the study and became convinced that no-fault was a political issue he wanted to run with. During the next several years, Dukakis turned to Keeton for advice as he fostered no-fault through the Massachusetts Legislature.

From 1971 to 1976, in an effort to hold down the cost of auto insurance, 16 states enacted no-fault auto insurance laws which featured two key components:

Three other states enacted similar no-fault laws during this time period, without limiting tort liability. Today, no state has pure no-fault. A pure no-fault system would not allow any lawsuits under any conditions. Instead, every state currently with a no-fault system has adopted a modified no-fault system. This means that the no-fault carrier still pays for your economic damages up to the policy limit, but you may be allowed to sue for non-economic damages if the amount of these damages exceeds a specified “threshold.” The threshold can be either verbal or monetary (or a combination) and is designed to limit lawsuits to only the more serious injuries.

Today, 12 states and the District of Columbia have “modified” no-fault auto insurance laws, where first-party economic benefits are provided regardless of fault and the right to sue for non-economic damages is allowed only after satisfying a statutorily-defined monetary, verbal, or combination of the two thresholds. Florida, Michigan, New Jersey, New York, and Pennsylvania have verbal thresholds, one which defines in plain language the precise injury or a level of “serious injury” which must be met in order to sue. Hawaii, Kansas, Kentucky, Massachusetts, Minnesota, North Dakota, and Utah have monetary thresholds, where a specific dollar amount of medical expenses must be reached before being able to sue.

Choice is another hybrid of the pure no-fault system. It creates two classes of insured drivers by retaining parts of both the pure no-fault and traditional fault-based systems. Three states − New Jersey, Pennsylvania, and Kentucky − have “choice” no-fault. Under choice no-fault systems, drivers have the option of being covered under either a pure, limited tort, no-fault policy, where you cannot sue third parties for non-economic damages and are immune from such suits yourself; or a modified no-fault policy, where you can sue other drivers who have also chosen to retain their tort rights, and they can sue you.

The Effectiveness and Future of No-Fault

The no-fault experiment has received mixed reviews over the past 30 years, but in hindsight, it appears to be failing. There have been no states since 1976 who have adopted no-fault and several states have completely repealed their no-fault laws. Benefits of a no-fault system are supposed to include:

Opponents of no-fault insurance – including the author – believe that these benefits are mostly theoretical and past performance has proven that no-fault has been ineffective to accomplish its stated goals. Drawbacks of a no-fault system include:

Ultimately, the grade no-fault receives is centered on cost. A report issued annually by the National Association of Insurance Commissioners (NAIC) examines the cost of no-fault insurance. Of the ten states with the most expensive auto insurance in 1989, eight were no-fault states. Since then, three of those eight – Pennsylvania, New Jersey, and Connecticut – have taken the first step away from no-fault by repealing the mandatory nature of no-fault insurance. By 2019, those states completely disappeared from the top ten, with Pennsylvania boasting the No. 39 spot.

During the years studied by the NAIC report, premiums in mandatory no-fault states rose nearly 25% more than in no-fault states. Of the fifteen states with the greatest increases in the nation, nine had some form of no-fault. During the years looked at in the study, four states significantly altered their no-fault systems. Georgia eliminated no-fault and mandated a 15% rollback in premiums. Connecticut repealed no-fault after six annual average premium increases of 8% or more. Pennsylvania repealed its mandatory no-fault law in 1990 and motorists who chose to operate under the tort-based system were provided a 10% rollback, while those choosing no-fault were offered a 22% rollback. Despite the substantially greater refund offered under no-fault, an estimated 60% of motorists returned to the personal responsibility system. New Jersey repealed mandatory no-fault in 1989 and experienced significant reductions in average liability premiums.

No-fault insurance—like free health care—sounds good, but it doesn’t work in the real world and achieves just the opposite of what it was intended to achieve. No-fault premiums are more expensive than personal responsibility systems where tort actions are allowed, because both the innocent victim and the careless tortfeasor are compensated regardless of fault. Paying the costs of both drivers is logically more expensive than in the tort system, where the liability policy of the careless driver covers only the innocent victim. Like many Utopian ideas, proponents of no-fault argue that, while it may not lead to lower costs, its advantage is a “redistribution” of insurance benefits based on “need” rather than “fault.” Because making a claim under no-fault doesn’t require the litigation safeguards and procedural obstacles of a tort system, claimants have greater opportunity to inflate and maximize their claims up to the policy limits. The complicated no-fault schemes in states like New Jersey, New York, and Michigan, are understood by only a handful of lawyers who specialize in the area and rival the cryptanalysis of the Enigma Code in their complexity.

Moreover, litigation over property damage (the most common dispute following an accident), and, over whether a claimant has reached a verbal or monetary threshold, continues to plague no-fault states. In addition, due to the growing number of uninsured drivers, expensive liability insurance must still be purchased by no-fault consumers. Insurance covering liability above no-fault limits is also a concern. No-fault states have experienced higher – not lower – levels of litigation. In fact, under pure no-fault, uncompensated victims would be left with proceeding recourse from taxpayer-subsidized programs such as Medicare, Medicaid, or victim’s compensation funds. No-fault has led to a significant increase in the litigation of first-party benefits.

Not only is no-fault confusing and dysfunctional, it also contradicts basic American principles such as individual responsibility and accountability. By eliminating “fault”, the law treats good drivers and bad drivers the same. This weakens the deterrent effect of tort law. It also eliminates full compensation. In an effort to avoid the abuse of claims for pain and suffering and other non-economic damages, the experiment has thrown the baby out with the bathwater.

For information on or questions about auto insurance subrogation, contact Gary Wickert at [email protected].

[3] “Whig history” is the easy and contradictory assurance that England’s current political settlement represented the optimal state of rational and just government, while claiming simultaneously that this optimal state was an ideal that had always existed in the past

[6] For information on insurance limits, proof of insurance and required/optional coverage available in each state, please see the following website: http://www.dmv.org/al-alabama/car-insurance.php.