NFPA 921 Standards Have Changed: What Every Claims Adjuster Should Know

You are here:
Posted by Katherine A. Sandoval on September 27, 2021 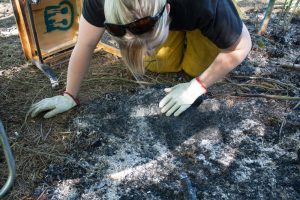 In 1992, the National Fire Protection Association created a set of investigative guidelines that was published as “NFPA 921: Guide for Fire and Explosive Investigations.” The guide is widely used by both public and private fire investigators. It describes in detail the scientific method and how to specifically apply the method in the context of fire and explosion investigations. Over time, the guidelines have grown to include not just guidelines for determining the origin and cause of fires, but also the collection and handling of physical evidence, as well as chapters focusing on motor vehicle fires, wildfires, and appliances. NFPA 921 is generally regarded as the standard of care in fire investigation. Technically its provisions are still simply guidelines, but they are considered authoritative and utilized by many courts when determining the sufficiency and admissibility of expert opinions. Compliance with these guidelines is considered necessary in order to prepare an admissible expert opinion.

The admissibility of an expert opinion also requires that the expert be qualified. NFPA provides its own standards for the minimum professional qualifications for a fire investigator. The standards are contained in NFPA 1033. The standards require an expert maintain updated basic knowledge in a number of areas including, but not limited to, fire chemistry and thermodynamics. Additionally, NFPA 1033 requires updated knowledge regarding fire investigation methodology and evidence documentation. This requirement creates a critical interplay between NFPA 921 and NFPA 1033. Not only is it beneficial to have an expert that understands the current NFPA 921 guidelines utilized by most courts, but a failure to be aware of any changes or updates to NFPA 921 arguably renders an expert “unqualified.” A lack of knowledge regarding changes to NFPA 921 is arguably the equivalent to a failure to satisfy the NFPA 1033 requirement that an investigator stay up to date on investigation methodology. It is important to vet your investigators by asking questions regarding NFPA 921 and NFPA 1033 to ensure they are up to speed on industry changes. In order to know what questions to ask, adjusters need to have a basic understanding of the new changes to NFPA 921 as well.

Fire Pattern: A fire pattern is an identifiable shape or progression of fire effects.

Arc Melting: Melting of conductors and conducting surfaces as a result of electrical arcing.

Sever Arc: An arc site where one or more of the circuit conductors were physically severed by the arcing event at that location.

Arc Mapping: Identifying and documenting a fire pattern derived from the identification of arc sites used, to aid in determining the area of fire origin or spread.

Cause: The circumstances, conditions or agencies that brought about or resulted in the fire or explosion incident, damage to property, bodily injury, or loss of life.

Non-Scene Data: Data from sources other than those collected from the scene of a fire or explosion incident.

Fire: A rapid oxidation process, which is an exothermic chemical reaction, resulting in the evolution of light and heat in varying intensities

Fire Chemistry: The study of chemical processes that occur in fire including changes of state, decomposition, and combustion.

Minimum Ignition Energy (MIE): The lowest capacity spark energy capable of igniting the most ignition-sensitive concentration of a flammable vapor-air mixture or a combustible dust-air mixture as determined by a standard test procedure.

Fire Investigator: An individual who has demonstrated the skills and knowledge necessary to conduct, coordinate, and complete a fire investigation (from NPFA 1033).

Line of Demarcation: The borders defining the differences in fire effects on materials between the affected area and adjacent less-affected areas.

Ventilation: The movement of gases within, into, or from any compartment or space or the firefighting operation of removing smoke and heat from the structure by opening windows and doors or making holes in the roof.

Chapter 5 entitled “Basic Fire Science” also received some attention with regard to ignition and combustion principles. Chapter 18 regarding “Origin Determination” was also revised to eliminate arc mapping, which is discussed further below. Moreover, Chapter 20 on the classification of fire causes was deleted in its entirety. A citation was added to the end of Chapter 19 directing the investigator to other appropriate standards if there is a need for fire cause classification. In so doing, it was made clear that determining cause and classifying cause are two separate processes. 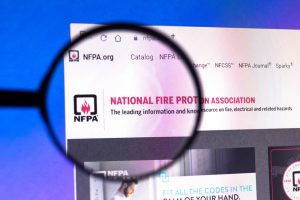 In the 2021 edition, Chapter 6 of NFPA 921 related to Fire Effects and Fire Patterns received a complete overhaul. One of an investigator’s first steps at a fire scene is now to observe and evaluate fire effects, which is defined as measurable changes to materials. Observable and measurable changes are categorized into four groups: discoloration, deposition, deformation, loss of mass. In each group, there are more specific effects to observe. With regard to discoloration, investigators are directed to look at not just color change, but also oxidation and the rainbow effect or staining of glass. With regard to deformation, investigators are to look for alloying, melting, and thermal expansion for example. The deposition of smoke on surfaces would fall under the deposition category and effects such as charring or spalling would fall under mass loss.

When analyzing fire effects and fire patterns, it used to be sufficient to identify a hypothesis and test that hypothesis. Revisions now encourage multiple hypotheses to be developed and tested. To both collect data and help test hypothesis, up to date fire investigators leverage available technology, including 3-D imaging and also drones. 3-D imaging helps to preserve the scene data so that new hypotheses can be tested even if developed later in the investigation process. The use of drone technology also helps to collect data and view fire effects and patterns that may have otherwise been obscured or unavailable.

Since the way experts are investigating fires has changed, claims representatives need to be prepared to see a difference in proposed expert budgets (higher or lower depending on the circumstances). More time may need to be spent on certain tasks, while other tasks may not be as critical. The use of technology is increasing such that some insurers now make 3-D imaging standard for all fire scenes (or all fire scenes over a certain dollar amount). Other insurers may attempt to avoid the cost of technology usage, but may very well end up finding themselves with higher expenses in the end given the amount of time it can save. Additionally, over time the expense of completing thorough and well-developed investigations will inure to the insurer’s benefit in the form of increased recoveries, because well-developed investigations in turn create well-developed claims. With an understanding of the changes to NFPA 921, claims representatives can work with their experts to keep their cost estimates accurate and reasonable.

In addition, claim adjusters will need to properly vet the fire investigator/expert that they have chosen to ensure that they have the proper training and knowledge of the updated guideline. A savvy claims adjuster will be able to detect quickly if their fire expert continuously suggests that arc mapping must be done, when now that the NFPA has changed arc mapping from a stand-alone tool to just a role in the analysis of cause and origin, this is not always the case anymore. Furthermore, if the chosen fire expert is unaware of the changes and is in a deposition, they will easily be made to seem uncredible.

If you should have any questions regarding this article or subrogation in general, please contact Katherine Sandoval at [email protected].