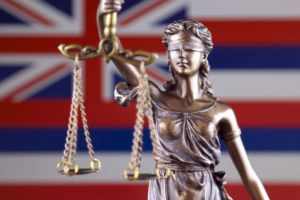 The case of Moranz v. Harbor Mall, LLC has been pending before the State’s highest court since May 13th and was submitted without oral argument. Moranz was a restaurant employee who slipped and fell at Harbor Mall in Lihue, Kaua’i. She filed for and received $63,245.41 in benefits from her employer’s workers’ compensation carrier and stipulated to a settlement of her future benefits in the amount of $125,816.72 for a total of $189,062.12 in benefits. Moranz later filed suit and ultimately arrived at a settlement with the mall in the amount of $200,000, general damages only. Because she had classified the settlement as “general damages only,” she argued that the workers’ compensation carrier did not have a lien upon her recovery. (In Hawaii special damages are the damages that may be readily quantified, such as medical expenses or lost income, while general damages are damages that may not be readily quantified, such as pain and suffering, mental anguish, and loss of enjoyment of life.)

Under Hawaii’s workers’ compensation subrogation statute, § 386-8, an employee is entitled to deduct from any recovery the reasonable litigation expenses and reasonable attorneys’ fees. Then the carrier is reimbursed for all benefits it has paid, less its share of expenses and attorneys’ fees. Moranz sought to challenge this statutory scheme by injecting equitable defenses such as the Made Whole Doctrine that would have permitted her to be fully compensated before the carrier was able to recover anything by way of subrogation Alternatively, she argued that the workers’ compensation carrier needed to prove that her settlement included compensation for special damages paid for by the carrier.

Both the circuit court and the intermediate appellate courts ruled against Moranz. The Court of Appeals reviewed the statutory language of § 386-8 and concluded that it unambiguously authorizes the carrier’s first priority reimbursement. As the court observed, the statute provides that the amount of the lien is, “against the amount of the judgment for damages or settlement proceeds, the amount of the employer’s expenditure for compensation, less his share of such expenses and attorney’s fee.” Because the language of the statute was clear and unambiguous, the Court of Appeals refused to inject equitable principles that were not incorporated into the statute by the legislature.

In the same way, the Court of Appeals dismissed Moranz’ argument that the insurer’s lien could not attach to her “general damages only” settlement. It held:

The Court of Appeals went on to calculate the carrier’s reduction for costs and fees. Applying the well-settled Alvarado formula, the court calculated that the carrier was responsible for $89,140.17 in costs and fees and thereby affirmed the award to the carrier of $99,921.96.

Moranz then petitioned the Hawaii Supreme Court for review on March 18, 2021. The case was then fully briefed by April 22nd. On May 13, 2021, the Court granted the petition and stated that no oral argument would be held. Under Hawaii rules of appellate procedure, when the supreme court accepts the application for a writ of certiorari, the case shall be decided on the record and the briefs previously filed. Rule 40.1(i)). 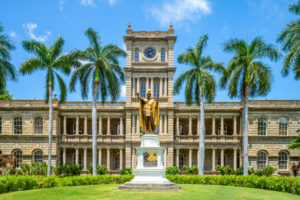 There is a lot at stake here. Will Hawaii employers retain the right to recoup their workers’ compensation expenditures from third-party settlements or will Hawaii join with states like Montana and Georgia which permit employees to recover twice for their same injuries and hold carriers to an almost-impossible burden of proving the employee is made whole; something they will never admit to? I hold out hope that Hawaii’s Supreme Court will not adopt the Made Whole Doctrine for workers’ compensation because it would be a particularly difficult route for the Court to arrive at such a conclusion. Unlike Montana, Hawaii’s constitution does not provide its citizens with a right to a full recovery, nor has the legislature elected to incorporate the Made Whole Doctrine into the statute as they did in Georgia. Accordingly, even if the Supreme Court thought that the Made Whole Doctrine was the better law, it lacks a credible path to overriding a clear and unambiguous statutory grant of reimbursement by the legislature.

We just celebrated the 110th birthday of American workers’ compensation laws. On September 1, 1911, Employers Mutual issued the country’s first workers’ compensation policy to Wausau Sulfite Fibre Company (later renamed Mosinee Paper). Wisconsin had passed the nation’s first constitutionally upheld workers’ compensation law four short months earlier; one of the great successes of the Progressive-era social legislation and a victory for the Wisconsin Idea— a public philosophy that has influenced policy and ideals in Wisconsin’s education system and politics for generations. Workers’ compensation was truly a huge social compromise, and nobody (employers, employees, doctors) was completely happy with it. Known as “The Great Tradeoff” debate, both labor and industry had to be willing to give up something in order for workers’ compensation to work. Many employers felt the law was unconstitutional because it stripped them of their common law defenses if they opted out, and attorneys for injured workers saw the law as stripping workers of their 14th Amendment – due process and equal protection rights. As a class, covered workers no longer had the right to sue a negligent employer and allowing the employer or its workers’ compensation carrier the right to subrogate against or seek reimbursement from a third-party recovery because a fundamental pillar of efforts to hold down what would soon become one of the biggest costs of doing business—workers’ compensation insurance premiums. For an article which goes into detail on how subrogation favorably affects workers’ compensation premiums, see HERE. Favoring these reimbursement rights helps the experience modifiers of Hawai’i employers and plays a big role in keeping premiums low.

We can only hope that the Hawaii Supreme Court remembers history. Forgetting why we have workers’ compensation system and the “Great Tradeoff” we engaged in which requires employers to insure themselves for injuries they often play no role in causing in exchange for exclusive remedy immunity and a right of recovery, will enrich Hawaii’s trial lawyers at the expense of Hawaii’s businesses, small and large.

For questions regarding this article or subrogation in general, please contact Ryan Woody at [email protected].