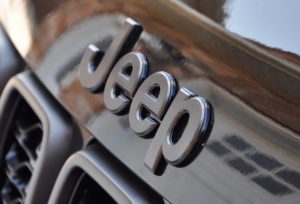 Recently, the National Highway Traffic Safety Administration (NHTSA) demanded that Chrysler recall 2.7 million 1993-2004 Jeep Grand Cherokees and 2002-2007 Jeep Libertys after a probe into rear-end crashes and fires that caused at least 44 deaths and many more injuries involving the vehicles. Chrysler manufactures the Jeep Grand Cherokee and Jeep Liberty SUVs. According to NHTSA, plastic gas tanks located behind the rear axles can be punctured, leak fuel, and catch fire when the vehicles are hit from behind, which they believe to be a “defect that presents an unreasonable risk to safety.” Chrysler initially refused the request, saying it believes that NHTSA’s findings are based on an “incomplete analysis of the underlying data.”

Needless to say, significant subrogation issues arise somewhere in the middle of this legal standoff.

NHTSA claimed that the rear-mounted gas tanks are too vulnerable to leaking and catching fire in a rear-end crash. Chrysler disagreed. It is unusual for a manufacturer to refuse a recall request from NHTSA. However, government data reveals 44 deaths in 32 rear-end crashes and fires involving the Grand Cherokees that it wants recalled, and seven deaths in five Liberty rear-impact/fire crashes.

Some will remember the Ford Pinto and Mercury Bobcat gas tank fires back in the 1970s. These recalls were the results of 27 deaths in 38 rear-end impacts. When you adjust for the numbers, the Grand Cherokees had a rear-crash fire death rate of 1 per million registered vehicle years; the Liberty, 0.9. NHTSA claims other SUVs have rates of around 0.5, so the Chrysler vehicles “are poor performers.” Chrysler counters that the numbers, and the differences among them, are so tiny that they are statistically meaningless.

The precise nature of the alleged defect is the location of the gas tank. On some older models, the gas tank is located in a vulnerable position between the rear axle and the rear bumper, similar to the Ford Pinto design. The investigation into Jeep Grand Cherokee fires began in 2009 when the Center for Auto Safety (CAS) sent a petition to NHTSA. The CAS reviewed a public, nationwide database of vehicular accidents and concluded that the Jeep Grand Cherokee was associated with an unusually high number of fatal rear-collision gas tank fires. Standard-issue Grand Cherokees lack a skid plate which would potentially protect the gas tank in the case of an accident. The CAS was also concerned that the plastic fuel tank was prone to damage and the fuel-filler could easily rupture and spill gasoline. Fuel-fed vehicle fires can cause fires and explosions injuring or killing occupants trapped inside the vehicle. Trial lawyers are already advertising to represent victims of these incidents. However, whether or not there is a good product liability case against Chrysler remains to be seen.

Chrysler made a very unusual public stand against this recall. Chrysler claimed that these vehicles are not defective and their fuel systems do not pose an unreasonable risk. They believe that NHTSA didn’t use all the available data, and it made some incorrect comparisons when it concluded there was a defect.

In 1995, the U.S. Department of Transportation (DOT) and General Motors Corporation (GM) entered into an administrative settlement agreement, following an investigation into an alleged defect related to fires in GM C/K pickup trucks. (The “C” indicates two-wheel drive and “K” indicates four-wheel drive). Under the agreement, GM agreed to provide support and pay over $10 million to NHTSA’s effort to enhance the current Federal Motor Vehicle Safety Standard (FMVSS) 301 regarding the fuel system integrity. FMVSS 301 was first issued by the National Highway Traffic Safety Administration in 1967. See 49 C.F.R. § 571.301. The standard applies to passenger cars and to multi-purpose passenger vehicles, trucks and buses that have a Gross Vehicle Weight Rating (GVWR) of 4,536 kg or less.

This means that in proving a product defect against Chrysler, subrogation practitioners must deal with the fact that vehicles are allowed to leak gasoline regardless of what the gas tank is made of and no matter where it is placed on the vehicle. Chrysler will undoubtedly let any future juries know that even if the fuel system leak is less than allowed by the code, there are numerous ignition sources following an accident, any of which could ignite the permissible amount of leaking gasoline. From that point, simple physics takes over and the fuel remaining in the gas tank will combust shortly thereafter.

Most gas tanks are made out of highly-cross-linked polypropylene (HCPP), a rigid but not indestructible plastic that has a higher operating temperature than polyethylene (212°F). As is always the case in product liability cases, Chrysler will also put into evidence and hammer the jury with evidence of the relatively small number of incidents involving the gas tank compared to the millions of these vehicles on the road. It is a common product liability defense tactic. Subrogating against Chrysler will be no cake walk.

However, Chrysler’s alleged compliance with industry standards in the design and performance of their fuel tanks, although probative on question of whether design was defective, will not be dispositive of that issue. Jablonski v. Ford Motor Co., 955 N.E.2d 1138 (Ill. 2011). Chrysler will argue to the contrary, claiming that in defective design product liability cases the plaintiff bears the burden of proving that the manufacturer deviated from the standard of care that other manufacturers in the industry follow.

Chrysler’s argument is not the appropriate duty analysis in negligent design cases. The mere fact that a manufacturer adheres to all relevant industry standards does not require judgment as a matter of law. It is well-settled that conformance to industry standards is relevant, but is not dispositive on the issue of negligence. In most jurisdictions, the plaintiff will be required to produce evidence that Chrysler’s conduct in designing the fuel system was unreasonable by presenting evidence that the risk was foreseeable and that the risks inherent in the product design outweighed the benefits. Subrogation counsel will need to show that despite Chrysler’s compliance, its conduct was otherwise unreasonable because the foreseeable risk posed by the behind-the-axle design of the fuel tank at the time of manufacture outweighed its utility.

To meet their burden of proof, subrogation counsel will need quality experts with automotive design experience and strong opinions regarding alternative designs which do not affect the feasibility and utility of the vehicle and its operation. So, once again, we see that product liability cases come down to a war of experts and the side with the most-persuasive and most-liked experts usually comes out on top.

After refusing for weeks, Chrysler has now stated it will recall 1.56 million 1993-1998 Jeep Grand Cherokee and 2002-2007 Liberty SUVs, significantly fewer than NHTSA’s original request. To remedy the issue of the safety recall, Chrysler will make sure that an appropriate trailer hitch is installed on the vehicle, which will mean that many of the recalled vehicles will need no work if owners have already had their dealership install a factory trailer hitch. Any after-market trailer hitch will also be inspected and replaced if needed. Chrysler is claiming that the trailer hitch will bracket the fuel tank and help protect and shield the fuel tank in low-speed rear impacts. It is unknown whether this solution will actually solve the problem.

In a 2005 re-design, Chrysler moved the fuel tank in front of the rear axle in order to meet stricter government rear-crash safety requirements. This also had the collateral benefit for Chrysler in increasing storage space and making access to the back seat easier.

Chrysler is taking a hardline stance on this recall demand because they don’t want to admit any defect exists with their product. Of course, Chrysler is now stating that it won’t have to call any of its vehicles “defective.” Admitting a defect exists will only open the floodgates of litigation. The same will be true for settlement, so be prepared for any subrogation settlement with the auto maker to be cloaked in confidentiality.

Over the past 30 years, MWL has collected and organized a database of over 25,000 experts in a variety of disciplines and price ranges. Getting the right expert is critical in evaluating and pursuing any products liability case, not just against Chrysler. Just because the NHTSA has formed the opinion that a defect exists is nothing more than that – an opinion. The ultimate say will be in the hands of a lay jury of 12 people – all of whom can be swayed by a persuasive and convincing expert and attorney. For more information on subrogating product liability cases, contact Gary Wickert at [email protected].