Oklahoma Waiver Of Subrogation Might Be No Waiver At All 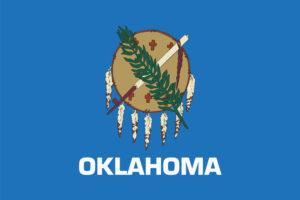 Waiver of subrogation. (wā-vər əv sə-brō-ˈgā-shən) 1. A two sentence clauses in a contract and/or endorsement to a workers’ compensation policy added for little or no additional premium dollars but costing the carrier potentially millions in subrogation recoveries. 2. Something requested by an insured even though it has no idea why.

Waivers of subrogation continue to be the bane of effective subrogation programs. Every once in a while, however, a ruling comes along which restores your faith in common sense and the meaning of simple words. The Oklahoma Court of Appeals decision in Frank’s Tong Service, Inc. v. Juan Lara, 2013 WL 7809847 (Okla. App. 2012) is such a case.

In Frank’s Tong Service, Inc. v. Juan Lara, Juan Lara worked for Frank’s Tong Service, Inc. (Frank’s). Frank’s and Grey Wolf Drilling Company were subcontractors for Burlington Resources Oil & Gas Company on an Oklahoma drilling rig project. On July 4, 2006, Lara suffered serious on-the-job injuries caused by Grey Wolf, resulting in workers’ compensation benefits of more than $192,000 paid for by Frank’s workers’ compensation carrier. On August 3, 2006, Lara filed suit against Grey Wolf and Burlington and a jury awarded $3.6 million to Lara for his damages. Lara and Grey Wolf agreed that Lara should set aside $85,000 of his recovery pending resolution of the anticipated subrogation claim by the employer, and that if the subrogation claim failed, the holdback would be paid to Grey Wolf. Grey Wolf argued that Frank’s and it insurer, Argonaut, had waived their right to recoup its workers’ compensation benefits out of Lara’s third-party recovery. In support, Grey Wolf introduced portions of Frank’s contract with Burlington, which provided:

For each policy in which [Frank’s] is an assured, whether described herein or not, [Frank’s] agrees to waive and agrees to have its insurers waive any rights of subrogation they may have against Burlington Resources or its affiliates, their officers, directors, employees or agents from any of them.

The contracts defined Burlington to mean “Burlington Resources Oil and Gas Co., and all of its parents, affiliates, subsidiaries and officers, directors, co-venturer companies and all of its officers, directors, employees, agents and direct subcontractors.” Grey Wolf also introduced evidence demonstrating that, on the payment of an additional $8,939.00 premium, Frank’s insurer, Argonaut, agreed to add an endorsement to the workers’ compensation policy which purportedly waived its “right to recover from others” and read as follows:

The Court of Appeals held that Argonaut did not waive its right to be reimbursed out of Lara’s third-party recovery. Its explanation revealed the unique and logical approach Oklahoma takes toward such waivers of subrogation.

The Court explained that § 348(A) provides for reimbursement of benefits to the carrier when there is a third-party recovery, while § 348(C) provides for a right of subrogation. The latter expressly grants to an employer “the right of subrogation to recover money paid by the employer or his insurance carrier for the expenses of the last illness or accident under the Workers’ Compensation Act from third persons.” The former grants to an employer the right of “statutory pro tanto recoupment.” Id. (The case actually dealt with § 44, the predecessor to § 348, but the two statutes are almost identical.)

If you should have any questions regarding this article or subrogation in general, please contact Gary Wickert at [email protected].