Insurance Coverage And The Subrogation Professional

Subrogation professionals might read the title to this article and wonder what subrogation and the confounding labyrinth of insurance coverage might have in common. After all, aren’t we all comfortably nestled in the subrogation world so that we don’t have to wade through endless pages of small font, state-specific endorsements, and baffling insurance policy lexicon? When a subrogation effort is stonewalled because the responsible tortfeasor’s insurance carrier has issued a reservation of rights or even an outright denial of coverage, that is when true subrogation warriors rise to the occasion. Beyond simply getting a default judgment against the uninsured tortfeasor, efforts can and should be taken to shake the third-party carrier loose from its coverage denial moorings.

Insurance coverage and subrogation certainly appear to make strange bedfellows, but coverage also sneaks into the subrogation bedroom when an insured endeavors to settle a case on its own, thereby affecting its insurer’s subrogation rights. In Monterey Homes v. Federated Mutual Insurance Company, 212 P.3d 43 (Ariz. App. 2009), Monterey Homes was sued for construction defects and thereafter filed a third-party complaint against BBP Concrete, which tendered its defense to its liability carrier, Federated, which defended under a reservation of rights. Ultimately, without Federated’s consent or participation, BBP settled with Monterey to release all claims against each other, and agreed to “no indemnity or defense payments,” thereby waiving Federated’s subrogation rights. When Federated tried to intervene to assert its right to subrogation for defense payments in defending BBP, the trial court denied its motion. On appeal, the Court of Appeals reversed, reasoning that when an insurer defends under a reservation of rights, control of the litigation for settlement shifts to the insured, and the insured can enter into a settlement that releases the insurer’s subrogation rights. However, in order to extinguish the subrogation rights, appropriate notice and a reasonable and prudent settlement must be established. If Monterey could show on remand that Federated received appropriate notice and the settlement was reasonable and prudent under the circumstances, Federated would not be entitled to pursue its subrogation claim as an intervenor, and would be bound by the settlement between Monterey and BBP.

State insurance laws and bad faith laws vary from state to state. In Georgia, for example there is no third-party cause of action for bad faith. However, a third party can file suit as a judgment creditor and is allowed to take an assignment of a bad faith tort-based claim. Claims for statutory penalties pursuant to O.C.G.A. § 33-4-6 may not be assigned, however. Southern Gen. Ins. Co. v. Ross, 489 S.E.2d 53 (Ga. App. 1997). A claim for a tort cause of action for compensatory damages for loss of property resulting from an insurer’s bad faith may also be assigned. Thomas v. American Global Ins. Co., 229 Ga.App. 107, 493 S.E.2d 12 (1997).

Similarly, in Alaska, a subrogated carrier has no cause of action against a tortfeasor’s insurer, but that all changes when it takes an assignment. Serverson v. Severson’s Estate, 627 P.2d 649 (Alaska 1981). Ditto for Arizona, where an insurance carrier can also assign its breach of contract action. Manterola v. Farmers Ins. Exch., 30 P.3d 639 (Ariz. App. 2001). In almost every state, there is a viable threat which can be made in order to nudge a stubborn liability carrier into paying a subrogation claim. 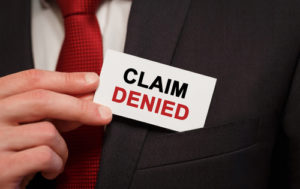 One of the most common reasons for a reservation of rights letter or an outright denial of liability coverage is a failure to cooperate. The tortfeasor’s duty to cooperate with its liability insurer generally extends to providing information critical to the investigation of the claim, providing testimonial evidence, otherwise cooperating in the defense against the claim, and acting in a way so as not to compromise the resolution of the claim. The duty exists because of the inclusion of a cooperation clause in the liability policy. However, the termination or voiding of coverage by an insurer due to the failure to cooperate requires a substantial showing in order to avoid claims of bad faith or statutory violation. Making the liability carrier nervous that it somehow might not have crossed all its T’s and dotted all its I’s is a good subrogation tactic in the face of a recalcitrant insured.

In California, for example, there are numerous limitations on the scope of the lack of cooperation defense. First, lack of cooperation is no defense unless the insurer can show substantial prejudice resulting therefrom. Clemmer, supra. Substantial prejudice only exists when the carrier can demonstrate that there was substantial likelihood that the trier of fact would have found in the insured’s favor if not for the insured’s non-cooperation. United Services Auto. Ass’n v. Martin, 120 Cal.App.3d 963, 174 Cal.Rptr. 835 (Cal. 1981). Moreover, even substantial prejudice resulting from non-cooperation may not excuse a breach of the insurer’s implied duty of good faith and fair dealing. Gruenberg v. Aetna Ins. Co., 9 Cal.3d 566, 108 Cal.Rptr. 480 (Cal. 1973) (“The nonperformance by one party of its contractual duties cannot excuse breach of duty of good faith and fair dealing by other party while the contract between them is in effect and not rescinded.”); California Cas. Gen. Ins. Co., supra (applying the doctrine of comparative fault where the insured allegedly breached its duty of cooperation and brought an action against the insurer for breach of the implied covenant of good faith and fair dealing). Opening a line of dialogue with the now-uninsured tortfeasor can do wonders to make him or it realize that you are not after his home or his livelihood; only his insurance company’s money.

Sometimes, all it takes is the threat that a well-funded judgment creditor or subrogated carrier is planning to file a bad faith suit—supported by a very angry insured—to knock the carrier off dead center and get it to pay a subrogation claim.

Convincing a third-party liability insurer that its reservation of rights or denial of coverage was premature, unfounded, or a mistake, can only be accomplished when the subrogation professional understands insurance coverage law better than the claims handlers who issued the denial. Threatening an assignment of a bad faith claim and convincing the third-party tortfeasor to protest in the face of an impending subrogation lawsuit are two viable tools at your disposal. It is for this reason that I co-authored the book, “Fundamentals of Insurance Coverage In All 50 States.” The book is the coverage guide for subrogation professionals and can be found at Juris Publishers in Huntington, New York. For questions regarding insurance coverage in subrogation settings, contact Lee Wickert at [email protected].