“Is the Juice Worth The (Florida Orange) Squeeze?” 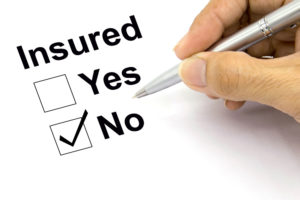 Carriers and adjusters are all too familiar with the “Judgment Proof Uninsured At-Fault Motorist.” Unless your insured happened to be driving in the Tampa area and was t-boned by Tom Brady, the same day his automobile coverage lapsed, the question always becomes “Is it worth pursuing subrogation recovery through a civil suit against the uninsured?” Initiating subrogation against uninsured and judgment-proof drivers is often nothing more than an exercise in futility. However, it can be a lucrative and rewarding subrogation endeavor if handled appropriately and with the right tools.

Sadly, however, nearly one in eight drivers on American roads are without any liability insurance. Nearly 13% of U.S. drivers fail to do so. While 215 million Americans faithfully follow the law, approximately 32 million do not; and the financial toll of property damage, physical injuries, and deaths caused by these uninsured drivers is borne by the insurance industry and assumed by law-abiding drivers in the form of higher insurance premiums. The five states with the lowest uninsured driver estimates are Massachusetts (3.9%), Maine (4.7%), New York (5.3%), Utah (5.8%), and North Dakota (5.9%). The highest are Oklahoma (25.9%), Mississippi (22.9%), and Florida, at nearly 27%. 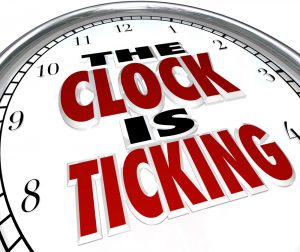 When a decision is made to subrogate an uninsured motorist claim, a very unusual trap may await subrogation professionals regarding the applicable statute of limitations. Most states have different statutes of limitations depending on whether the cause of action is for breach of contract, negligence, wrongful death, or breach of warranty. For example, the statute of limitations for breach of contract in Florida is five (5) years, while a negligence cause of action (e.g., personal injury) must be brought within four (4) years. In Wisconsin, the statutes are six (6) years and three (3) years, respectively. In Texas, the statutes are four (4) years and two (2) years, respectively. For a complete list of statutes of limitations for all 50 states, see HERE.

These time limitations are important for carriers to understand and consider when dealing with an uninsured motorist. For example, if the insured waits until after year four (4) to pursue a claim against their uninsured motorist carrier, if the carrier has done nothing to recover against the at-fault party until that point, the carrier would no longer have a legal avenue for recovery against the at-fault as the time for pursuing a cause of action has run out. It is important to remain proactive and move forward with the carrier’s right of subrogation while the ability is available or risk losing any chance of recovery, forever.

Why should the time limit for suing an uninsured motorist carrier for benefits be based on the breach of contract time limit as opposed to the negligence time limit? The argument has been made that the applicable limitation period should be that governing actions sounding in tort, which argument is based upon the fact that despite the contractual nature of the agreement between the insurer and insured, the suit is essentially one for the tort allegedly committed by the uninsured motorist, and the resulting injury. The contrary argument has been made, however, and generally accepted by the courts in most states, that despite the necessity that the insured establish that a tort was committed by the uninsured motorist, and that injury resulted, the action is nevertheless one based upon the insurance contract, on which the liability of the insurer depends, and that the contract limitation period therefore controls.[3] Most states have held that, because any recovery of the insured is based upon the insurance policy (i.e., a contract), without which no liability could be imposed upon the insurer, the statute of limitations for contract actions controls.[4] 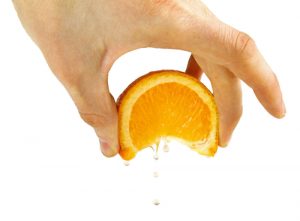 That said, it brings us back to the beginning, “Is the juice worth the squeeze?”… the pursuit of the judgment proof at-fault party. There is no simple answer, as with everything in the law, however this is a question the carrier must ask themselves. Is there a strong likelihood of immediate recovery in filing an action against an uninsured individual? It depends, and litigating principal comes at a price (billable hours, court fees, and costs) but with the ability to utilize the Department of Motor Vehicles (DMV) in enforcing a suspension of the at-fault’s license, tags, registration, makes the price of principle a bit sweeter.

If the expectation of driving uninsured in Florida will result in a judgment entered against you, and your license suspended until the judgment is satisfied, it may provide the needed deterrence to minimize the incredible loss involved when the uninsured takes to the road. Imagine if it was common practice for carriers to pursue judgments against those who chose to drive without insurance and then due to their own negligence (and fault) cause property damage or worse bodily injuries to a law-abiding insured citizen? Those individuals who choose to create their own rules will soon be forced to come to terms with the reality of what the Florida acronyms for DWLS[5] and HTO[6] represent. Not to mention the professional, personal, and social implications; let’s face it the public transportation system in Florida is not the Metro or RER. Subrogating against uninsured drivers is one of the less glamorous aspects of automobile insurance subrogation. It is the pariah of our industry and could easily be featured on the Discovery Channel series, Dirty Jobs. Initiating subrogation against uninsured and judgment-proof drivers is often nothing more than an exercise in futility, and frequently involves nothing more than watching good money fall bad into the abyss. The idiom, “you can’t squeeze blood from a turnip,” is a reference to the fact that you cannot squeeze from someone something they don’t have, especially money.

However, in today’s debtor-protecting legal environment, it isn’t so much that the debtor doesn’t have money − it’s that he doesn’t have money that you are able to access. One of the subrogation industry’s strongest and most effective collection tools is the potential to have a debtor’s driver’s license suspended when they are involved in an accident while not being properly insured. In the final analysis, it’s all a matter of what the debtor wants to avoid more − paying a damage claim, even if in installments over time, or the freedom to drive an automobile to and from work without fear of being arrested. Understanding when and how such an effective collection tool is available is a necessity for successful subrogation in these instances.

Few understand the complexity of the information and laws subrogation claims professionals must be familiar with in order to be fully effective at recovering their insured’s claims dollars. They must be keenly aware of the intricate web of statutes of limitations which overlay every potential claim against an insurance policy or a third-party tortfeasor. They must then multiply that knowledge by 51 to account for the vagaries of changing law among all 50 states and the District of Columbia. In an effort to hold uninsured motorists responsible for the billions of dollars in annual damage they cause by failing to follow the law, legislatures should allow for extended statutes of limitations against uninsured motorists where uninsured and underinsured motorist claims are first made long after the applicable tort statute of limitations has lapsed.

For information and answers with regard to subrogating uninsured motorist accident claims in all 50 states, please contact Elizabeth Hernandez, managing partner of MWL’s Florida branch office, at [email protected].

[5] Fla. Stat. § 322.34, Driving While License Suspended, revoked, canceled, or disqualified. First violation commits misdemeanor of the second degree, second offense commits a misdemeanor of the first degree, a person convicted of a third or subsequent conviction, must serve a minimum of ten (10) days in jail.

[6] Fla. Stat. § 322.264, Habitual Traffic Offender, three or more DWLS convictions in a five-year period, if caught driving commits a third-degree felony, facing up to five (5) years in Florida State prison, fins up to $5,000, or both.