As a native Texan, I have an interest in Texas history. The history of workers’ compensation subrogation in Texas is as storied as the history of the state itself. The Lone Star State flew the flag of the Kingdom of Spain from 1685 until 1821, leaving a legacy that remains to this day. France laid temporary claim to Texas in 1682, but this lasted only until 1687, and its place among the “Six Flags of Texas” is dubious at best. In 1821, after 11 years of war, Mexico overthrew Spain and challenged Native American claims, but in 1836, American settlers joined forces and overthrew Mexico’s rule. The Republic of Texas was born it became an independent nation. For nine years it flew the flag which depicted one white star, giving birth to the nickname, “Lone Star State.” This lasted nine years, when in 1845, Texas joined the U.S. as its 28th state. A slave state, Texas seceded from the Union in 1861, joined the Confederate States of America, and flew the Stars and Bars, the first official flag of the Confederacy. From 1865 to 1870, Texas was occupied by Union troops during Reconstruction, and on March 30, 1870, it was readmitted to the Union, and has flow Old Glory ever since.

The name “Texas” comes from the Caddo Indian word Tejas, meaning “friends.” The allegation that Texas is the only state that can fly its state flag at the same height as the national flag is untrue. Federal law requires the U.S. flag to be above a state flag if flown on the same halyard; and to the right of the state flag if on separate halyards. They can be flown at the same height. Nothing in the federal flag code (4 U.S.C. § 7) specifies exceptions for the Texas flag or any other state flag, nor does Texas’ own flag code (Tex. Gov. Code § 3100.055) create or acknowledge any such exceptions.

Workers’ compensation subrogation in Texas has evolved in nearly as tumultuous a manner as the state itself, and is still evolving, but not for the better. Texas courts have long recognized two types of subrogation: contractual, (a/k/a “conventional”) subrogation and equitable (a/k/a “legal”) subrogation. A third type of subrogation rights, statutory subrogation, is now recognized in Texas, especially within the Texas Workers’ Compensation Act. The three types of subrogation represent three separate and distinct rights that, while related, are independent of each other. In 1913, Texas fell in line with the rest of the nation, which was quickly warming to the idea that employees should be compensated for work-related injuries and government should administer these programs. It enacted a workers’ compensation law, which at the time was voluntary for employers. For the bulk of the last 100 years, Texas (joined in 2013 by Oklahoma) was the only state that allows private employers to choose whether to provide workers’ compensation—although if it doesn’t, an employer can be subject to civil liability to an employee and loses many of its common law defenses. 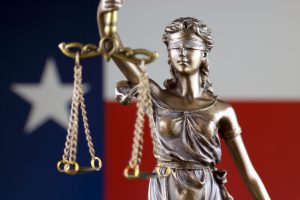 The Texas Act underwent several changes and modifications during the 20th Century. When first passed in 1913, the Act was found in Articles 5246-1 to 5246-91 of the “Employers’ Liability Act.” It did not provide for subrogation or require an employee to choose between seeking compensation benefits or filing a third-party lawsuit against a tortfeasor to recover his damages. In 1917, however, the Act was amended to require the employee to choose between suing a third party or accepting workers’ compensation benefits. The 1917 amendment provided the basic framework for the state’s workers’ compensation system for the next 72 years. It allowed the employee to sue a third-party tortfeasor after he had received workers’ compensation benefits and provided the employer (or its carrier) with a right of subrogation for the first time. A lack of subrogation allowed the employee to recover more than his or her damages and made workers’ compensation coverage more burdensome for Texas employers and the public at large. Fox v. Dallas Hotel Co., 240 S.W. 517, 519 (Tex. 1922), overruled by Burk Royalty Co. v. Walls, 616 S.W.2d 911 (Tex. 1981). The employer who did not become a subscriber under the Act continued to be liable for its negligence.

In 1925, the subrogation statute was recodified in Art. 8307, § 6(a). Courts interpreted this right of subrogation such that no cause of action even existed in favor of the injured employee except as to damages, if any, that exceeded the amount of compensation benefits paid to the employee. This became known as a carrier’s “first-money” right. The first money paid to or recovered by the employee in a third-party case belongs to the workers’ compensation carrier, until it is repaid in full. Fort Worth Lloyds v. Haygood, 246 S.W.2d 865, 869 (Tex. 1952).

In 1973, Article 8307 was amended. Prior to this amendment the carrier could do be lazy and passive about pursuing its reimbursement rights in an employee’s third-party action and would still be entitled to complete reimbursement of its subrogation interest. Carriers took full advantage of this right and simply sat back and waited for their money. The employee’s attorney was not entitled to any attorney’s fees out of the carrier’s recovery. If the carrier chose to intervene in the employee’s third-party action, Art. 8307, § 6a actually allowed the carrier to recover a reasonable attorney’s fee out of the monies recovered by the employee. 1917 Tex. Gen. Laws, ch. 107, § 6a at 285, as amended to Tex. Stat. Ann. Art. 8307, § 6(a). The 1973 amendment provided for the first time that if the carrier’s interest is not actively represented by an attorney, it “shall pay” a fee to the employee’s attorney, not to exceed one-third of the subrogation recovery. Moreover, the statute also spoke in terms of awarding attorney’s fees based upon “the benefit accruing” to the carrier. In 1986, a Texas decision announced for the first time that a carrier’s recovery of its interest in a third-party action included its release from liability for future benefits, i.e., its future credit. Ischy v. Twin City Fire Ins. Co., 718 S.W.2d 885, 887 (Tex. App. 1986). This often resulted in entire liens being wiped out and “fresh money” being owed by the carrier.

In 1989, Article 8307 was repealed, and a controversial new Texas workers compensation law was enacted in its place as part of the Texas Labor Code. Found in §§ 417.001 to 417.004, one of the Legislature’s primary goals in its 1989 overhaul was to reduce the cost of worker’s compensation insurance and bring more employers into the system. The “first money” concept remained, and the new legislation provided that the total attorney’s fees to which an employee’s attorney could make a claim for may not exceed one-third of the insurance carrier’s recovery. Gary Wickert served on a legislative advisory committee and helped draft § 417.003(d) which for the first time provided:

(d) For purposes of determining the amount of an attorney’s fee under this section, only the amount recovered for benefits, including medical benefits, that have been paid by the insurance carrier may be considered. 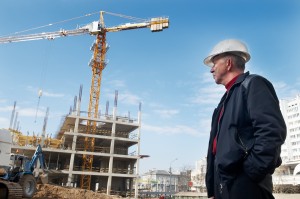 During the 20th Century, Texas boasted a workers’ compensation subrogation scheme which was in the top five most favorable for carriers. That all began to decline when the state began a series of legislative changes and issued a number of case decisions which all began to erode the rights of a subrogation workers’ compensation carrier. Tort reform in the form of House Bill 4 passed the Texas Legislature in 2003 and, for the first time, negligence of the employer (who is strictly liable for unlimited amounts of medical and indemnity benefits even when it is entirely blameless for causing an employee’s injuries or death) could be considered in order to reduce the employer’s subrogation interests. Section 33.004 of the Texas Civil Practice & Remedies Code was amended to allow a defendant to “designate” an employer as a responsible third party, which will allow the jury to take into consideration the negligence of the employer or a co-employee in allocating negligence percentages with regard to a work-related injury. The statute had previously excepted employers from the term “responsible third party” in workers’ compensation third-party settings. At the same time, § 417.001 was amended to allow the third-party defendant to join the employer as a “responsible third party” in the suit brought by the carrier and by then reducing the judgment based on the percentage of responsibility found to be attributable to the employer. Its lien is reduced by the amount by which the court reduces the judgment due to the employer’s negligence.

In 2008, the Supreme Court thwarted the all-too-common effort by trial lawyers to circumvent a carrier’s workers’ compensation lien. A deceased employee’s estate, widow, minor son, and two adult daughters filed a third-party suit and reached a $4.5 million settlement. An attorney ad litem was appointed, and Texas Mutual belatedly filed its Motion to Intervene before the settlement hearing, at which plaintiff’s counsel dismissed all actions except those of the estate’s, effectively depriving Texas Mutual of its lien and credit for the future workers’ compensation death benefits paid to the widow and minor son. The court recognized that “First money reimbursement is crucial to the workers’ compensation system” and upheld the rights of a workers’ compensation insurance carrier to first monies received in a third-party settlement. Texas Mut. Ins. Co. v. Ledbetter, 251 S.W.3d 31 (Tex. 2008).

In 2011, the Texas Supreme Court held for the first time that a plaintiff can only submit evidence of what was “paid” by the insurance company, rather than the amount charged by the health care provider. Plaintiff can only recover up to the amount paid and gets no off-set for premiums paid. Haygood v. De Escabedo, 356 S.W.3d 390 (Tex. 2011). While not directly a workers’ compensation subrogation case, this decision has an impact on the amount of medical bills that are recoverable.

In 2014, the Texas Supreme Court announced how a workers’ compensation carrier’s right under § 417.002 to treat a recovery as an advance of future benefits should be calculated in a death case involving multiple beneficiaries. State Office of Risk Management v. Carty, 436 S.W.3d 298 (Tex. 2014). It announced that it should be determined on a collective-recovery basis as opposed to a beneficiary-by-beneficiary basis.

In 2018, the Texas Supreme Court confirmed that a waiver of subrogation means that the carrier cannot recover indirectly from any settlement the third party pays to the employee. Wausau Underwriters Ins. Co. v. Wedel, 557 S.W.3d 554 (Tex. 2018).

In 2019, the Texas El Paso Court of Appeals in New Hampshire Insurance Company v. Rodriguez, 2019 WL 168482 (Tex. App. 2019) announced for the first time that a workers’ compensation lien can be reduced and even eliminated by the percentage an employer’s fault bears to the total recovery or judgment in a case, even when the third-party suit or claim is brought by the employee and the carrier is simply seeking reimbursement under § 417.001(b).

For more information on aggressive and cost-effective workers’ compensation subrogation in Texas, contact Lee Wickert at [email protected]. He is available to meet with you out of our Austin, Texas office to discuss how we can help and to present CE-accredited continuing education opportunities in Texas.