Florida PIP On The Chopping Block Once Again In 2014, Florida surpassed New York becoming the third-most-populous state in the nation, and as of last year has an annual $1 trillion Gross Domestic Product (GDP) making it the 17th largest economy in the world. What happens in the Sunshine State is emulated elsewhere, and auto insurance is no exception. For that reason, all eyes are on the state’s efforts to modify or eliminate no-fault PIP coverage which has been part of the Florida insurance landscape since 1979.

Florida is one of sixteen states which requires Personal Injury Protection (PIP) auto insurance coverage.[1] But not for lack of trying. According to the Florida Office of Insurance Regulation (FOIR), “The intention was to provide injured drivers up to $10,000 in immediate medical coverage in lieu of establishing fault through the court system. The goal was to reduce payment delay for injured drivers, as well as limit the utilization of the court system. In Florida, PIP coverage is required to be purchased by all owners of motor vehicles registered in this state. PIP coverage makes the individual responsible for their own injuries in an accident regardless of fault.” Florida auto insurance rate spikes have disproportionately outpaced the gradual rise in auto accidents caused by additional drivers on the road. In recent years, the number of drivers and auto accidents has remained relatively constant, but the amount of PIP claims, and PIP payments has skyrocketed. The National Insurance Crime Bureau lists Florida as having several cities reporting the highest amount of “questionable claims” nationally. While PIP premium represents roughly 2% of Florida’s collected insurance premium, this issue accounts for nearly 50% of fraud referrals to the FOIR. Florida PIP costs have risen by $1.4 billion since 2008, largely because of the fraud that threatens the system, most notably in the metropolitan Miami and Tampa areas. Florida ranks first nationally in staged accidents. For a closer look at the history of no-fault insurance generally in America, see Gary Wickert’s article entitled “The Failed No-Fault Experiment”, found HERE. Florida’s minimum requirements for auto insurance include $10,000 in PIP coverage. In an effort to hold down premiums—an effort which has clearly failed—Florida’s no-fault scheme requires the insured to meet certain verbal thresholds before suing. A plaintiff may recover damages in tort for pain, suffering, mental anguish, and inconvenience because of bodily injury, sickness, or disease arising out of the ownership, maintenance, operation, or use of such motor vehicle only in the event that the injury or disease consists in whole or in part of:

In Florida, as a result of PIP fraud and high insurance premiums, there has been a legislative battle brewing over the PIP insurance system with the state’s governor and chief financial officer leading the charge. Florida has the third-highest auto insurance premiums in the country.[6] Florida has a very pro-growth, business-friendly environment. Since 2012, lawmakers in both chambers of the Florida legislature have floated various bills and proposals with the ultimate objective of either reforming or eliminating no-fault in Florida. This year is no different.

In a joint statement, Governor Rick Scott and CFO Jeff Atwater outlined four steps to reform the no-fault law, first enacted in the early 1970s, which requires drivers to have PIP that provides $10,000 in coverage per person for medical bills, regardless of fault in an accident. Despite the good intentions of the Florida Legislature, no-fault insurance has created the problem of PIP insurance fraud throughout the state. The legislature intended no-fault insurance to lower premiums, but state officials report that Florida drivers are paying much more per family because of PIP insurance fraud. 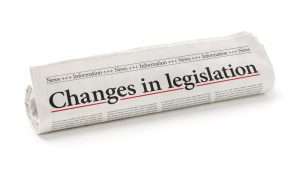 This is not the first time that PIP has been under assault in Florida. With Governor Rick Scott throwing his political weight behind it, a move to revamp Florida’s no-fault auto insurance program was pushed to the forefront of the 2012 Legislature. New legislation (HB 119) passed in 2012, cracking down on the abuses in PIP cases that have led to increased premiums. The measure (HB 119) passed on a 22-17 vote in the Senate after some strong-arm lobbying by Governor Scott. Proponents of the legislation argued that the old no-fault system amounted to nothing more than a $900 million tax on Florida consumers. Accidents were down but costs were way up. Part of the reason Florida was in the midst of an auto insurance fraud crisis was due to timid, superficial changes which have simply pushed the problem off for decades. The reform legislation required an accident victim to obtain treatment within 14 days in an ambulance or hospital, or from a physician, osteopathic physician, chiropractic physician, or dentist. Maximum PIP medical benefit became available only if a physician, osteopathic physician, dentist, or a supervised physician’s assistant or advanced registered nurse practitioner determines that the insured has an “emergency medical condition.” Otherwise, the PIP medical benefit was limited to $2,500. But these reforms alone were not enough to stem the tide of high insurance premiums.

In 2018, lawmakers in Tallahassee once again tried to take a bite out of high premiums. The Florida House overwhelmingly voted to pass a bill that would repeal Florida PIP altogether. The House proposed a mandatory bodily system excluding both PIP and Medical Payments (Med Pay) benefits. It passed unanimously. The Senate did not play along. It proposed repealing PIP but including $5,000 in Med Pay in addition to the system of mandatory bodily injury system. The House wanted to follow Colorado and other states which repealed no-fault and did away with first-party insurance litigation altogether. The Senate had other ideas. It felt that a mandatory bodily injury tort system would cost drivers more in the long run. Thus, it was up to the Senate to vote for a similar bill, pass the House’s bill, or preserve PIP in its current state. Unfortunately, the Florida Senate could not get their act together. The Legislature continues to pass bills on a yearly basis—and 2019 was no exception. In 2019, it was the Senate’s turn. Senate Bill 1052 would have repealed no-fault and eliminated any damages for pain and suffering. It failed.

Currently, 48 states operate under some form of bodily injury tort structure where the third-party liability carrier is responsible for injury or damage following an accident. Switching to such a tort-based system would bring Florida in line with the vast majority of states and save drivers an estimated $81 per year, according to a 2016 actuarial study that analyzed a proposal by the Florida House. It would also take a huge bite out of fraud, because accidents would have to be litigated, reducing the opportunity for staged accidents.

One bill which would eliminate PIP has already been introduced in 2020. Senate Bill 378 was proposed by Senator Tom Lee (R-Brandon) and provides for coverage levels of: $25,000 for the bodily injury or death of one person in a crash; $50,000 for the bodily injury or death of more than one person (subject to the $25,000 per person cap); and the current $10,000 coverage for property damage. It proposed an optional Med Pay benefit of at least $5,000 to cover the medical expenses (or death) of the insured

Efforts to eliminate no-fault in Florida continue and only time will tell if and when they will be successful. For more information on Florida PIP and auto subrogation, contact Elizabeth Hernandez at (800) 637-9176 or [email protected].