Wildfire Subrogation In California Is A Hot Topic 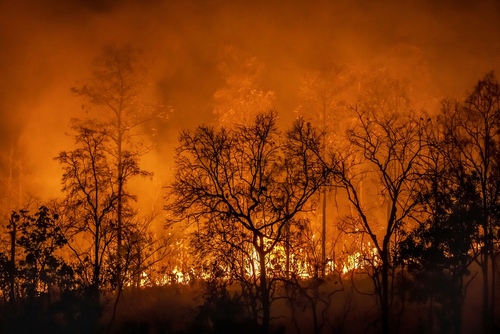 Wildfires are a natural part of California’s landscape, but they have become larger and more damaging recently. A recent study by the University of Washington and UC-Santa Barbara looked at the long-term future of wildfires and reveals that a buildup of fuels in conjunction with severe drought conditions suggest that we should brace ourselves for a decade-long increase in both the number and severity of California wildfires; and with it, a catastrophic increase in casualty insurance claims and payments. The 2018 so-called “Camp Fire” in Butte County wasn’t just the most destructive fire in the history of California—burning over 150,000 acres, destroying 18,804 structures, and killing 85 people—it also claimed the life of Merced Property & Casualty Company, which filed for insolvency after facing more than $64 million in claims in just one small city alone. The devastating fire has so far resulted in more than $12 billion in insurance claims and counting. The only viable option for beleaguered insurance companies looking to turn back the clock on these losses is subrogation.

Things have gotten so bad in California that according to an analysis published by the Bay Area News Group on October 1, 2021, one in every eight acres of California land has been burned by wildfires in the past decade. In 2020, there were 9,917 fires, in which an estimated 4,257,863 acres burned throughout California, with 33 fatalities and 10,488 structures damaged or destroyed, according to the California Department of Forestry and Fire Protection (Cal Fire). Although almost every Californian is aware that wildfire season begins in the early summer and lasts through the end of December, the utility companies seem to have stuck their head in the sand and continue to be the cause of the majority of the wildfires due to their negligence in adhering to the weather service warnings that are issued or failure to trim the brush around their power lines among other reasons. The negligence has led to unnecessary damage to life and property up and down California.

Currently, Southern California Edison (“SCE”) is facing suits for the Bobcat Fire that occurred on October 17, 2020, and the Silverado Fire that occurred on October 26, 2020, in Los Angeles, San Bernardino, and Orange County for failure to maintain an appropriate clearance area between their equipment and the surrounding vegetation. Pacific Gas and Electric (“PG&E”) is facing several suits for the Kincade Fire, Zogg Fire, Camp Fire, and Dixie Fire. PG&E is not only facing lawsuits, but criminal charges over the Kincade Fire and has already paid out $125 million to California’s energy regulator for multiple violations that were discovered by its’ safety and enforcement division. CR&R Environmental Services is facing a lawsuit for the Sandalwood Fire due to the negligence of their driver dumping trash that has caught fire next to dry brush during a high wind advisory.

There are several other fires, Saddle Ridge Fire, Glass Fire and Maria Fire, that are still under investigation, but there are signs that indicate that the utility companies are to blame. It would behoove insurers to run through their claims to determine if there are any losses, as many have subrogation potential. Below is a list of fires to flag as potential subrogation recovery.

The majority of wildfires in California and other states are started by human activity. Nearly 85% of fires are the result of sparks, campfires, downed power lines, arson, or trees coming into contact with high power lines. The fires have gotten worse, ironically, because fire suppression has gotten better. Wildfires consume undergrowth, dead branches, and other fuel. Each time we successfully fight a fire, a lot of this fuel that would have burned didn’t burn.

Over the last century, we have experienced an accumulation of plants in a lot of states—including California. The legal climate for wildfire subrogation in California is favorable. Electric utility companies are actually quasi-governmental entities due to the fact that they are able to take private property by means of eminent domain. They have to be able to take the land in order to clear paths, erect poles, run cable, and do what they do to provide the state with power. Therefore, California law provides that when a utility company, through its operations for the benefit of the whole community, causes damage to private property, it is responsible to pay for that damage. The transmission of electrical power is an established public use and the California Constitution states that private property may be taken or damaged for a public use only when just compensation is paid. When property is taken without just compensation for the public use, the property owner has the right to force payment. This is called inverse condemnation, which is one of many causes of action MWL argues when suing utility companies in subrogation cases.

Inverse condemnation can also be used in other subrogation cases such as one in which MWL sued the State of California for flood damage resulting from the installation of a water drainage system. It does not require a showing of negligence. As an added bonus, attorneys’ fees and pre-judgment interest may be recoverable under a theory of inverse condemnation.

Aggressive and effective wildfire subrogation requires prompt investigation and immediate subrogation action. Get subrogation counsel involved from the moment the power line comes into contact with the tree. And let’s not forget that California is not the only state bankrupting insurance companies with its wildfires. In fact, the six deadliest wildfires in world history all occurred in the Midwest: