It’s Like Taking Candy from a Very, Very Particular Baby 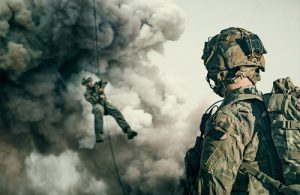 Congress enacted the Longshore and Harbor Workers’ Compensation Act (LHWCA) to provide workers’ compensation to specified employees of private maritime employers. 33 U.S.C. §§ 901-950. The Office of Workers’ Compensation Programs administers this Act, just as it does the Federal Employment Compensation Act (FECA). 5 U.S.C.S. §§ 8101-8193. The Defense Base Act (DBA) is an extension of the LHWCA. 42 U.S.C. §§ 1651 – 1654. It provides disability compensation and medical benefits and death benefits to employees of U.S. government contractors who perform work overseas. With a few exceptions, the DBA incorporates the provisions of the LHWCA. The War Hazards Compensation Act (WHCA) applies to DBA employees who are injured as a result of hostile actions. 42 U.S.C. §§ 1701 – 1717. While WHCA claims can be substantial, the statute provides a detailed set of procedures and requirements which, if performed properly, allow the employer or carrier to see 100% reimbursement of such claims including allocated and unallocated expenses—not from a responsible tortfeasor, but from the government itself. It’s as close as you can get to free money, if done correctly.

All U.S. government contractors and subcontractors are required by federal law to obtain workers’ compensation coverage for civilian employees who work overseas. The WHCA provides full federal reimbursement of contractor costs for injury or death claims related to “war-risk hazard” pursuant to a worker’s compensation claim. The main purpose of the WHCA is to shift the costs of overseas workers’ compensation from contractors and subcontractors to the U.S. government. Language of the legislative hearings in 1942 suggests that Congress recognized that there are some risks that the private sector cannot calculate or financially take in the normal course of business and are best left to the federal government.

The WHCA can be found at 42 U.S.C.S §§ 1701-1717 and regulations for administration of such claims can be found at 20 C.F.R. § 61.1. In short, the U.S. government will reimburse an insurer or self-insured employer 100% of benefits paid under the Act for injuries proximately caused by a war-risk hazard occurring outside of the U.S. Most war-risk hazard incidents fall under the jurisdiction of the DBA. Medical and indemnity benefits are paid in accordance with the LHWCA. Upon conclusion of the DBA claim, carriers and self-insured employers may seek reimbursement under the WHCA. Section 1704 of the WHCA provides for reimbursement to an employer or carrier when benefits have been paid because of an injury or death to an employee as a result of a “war-risk hazard.” See 42 U.S.C. § 1704(a)-(c).

A “war-risk hazard” is defined as “any hazard arising during a war in which the United States is engaged; during an armed conflict in which the United States is engaged, whether or not war has been declared; or during a war or armed conflict between military forces of any origin, occurring within any country in which a person covered by this Act is serving.” 42 U.S.C. § 1711 (b). Such injuries may arise from the following:

Injuries independent of the surrounding conflict are not covered. Injuries and claims which result from terrorist activity are not specifically addressed in the Act as they were not commonplace in 1943 when the Act was drafted. However, in recent decisions, the Department of Labor has determined that injuries as result of terrorist attacks are, in fact, covered under the Act. Terrorist activity is defined as requiring the act of an individual or group with a political agenda hostile to the U.S.

The rules and procedures for requesting reimbursement under the WHCA are extremely specific. Applications for reimbursement must be meticulously documented and include supports such as proof of liability (policy or self-insurance certificate), compensation orders (if any), medical reports, claim forms, bills for medical and other expenses, and proofs of payment. Submissions must also include a cover letter outlining why the WHCA applies, a recitation of the Act’s provisions relied on, and an evidentiary statement, supported by documentation, as to why the loss was the result of a “war-risk hazard.” Common documentation includes military or local police reports, newspapers, magazine articles, internet or employer reports, and medical reports that describe the incident in their narrative health histories. Obviously, being familiar with the nuanced definition of a “war-risk hazard” is critical to the process.

After the initial claim is submitted, the Division of Federal Employees’ Compensation (DFEC) notifies the parties of an acceptance or denial or that supplemental information is still required. This should occur within 60 to 90 days. Sometimes only part of the claim is accepted while part is rejected or taken under further consideration. After determination by DFEC, form SF-104 will be issued, signed, and returned which results in remittance by the DFEC of the allowed amount. You get one bite at the apple; there is no appeal outside of the DFEC. 20 C.F.R. § 61.102(d). War hazard reimbursement claims can be quite significant and require dedicated subrogation counsel to ensure compliance in the first try. Short cuts are the enemy of such reimbursement claims.

War Hazards Compensation Act reimbursement claims are not for the faint of heart. Patience and resilience are required for the detailed and extensive document review and application preparation procedures. Somewhere out there, an administrative claims person who must be duly impressed spends a relatively small amount of time reviewing the lengthy submission. Relying on subrogation law firms to assist with the bureaucratic nightmare of War Hazards Compensation Act reimbursement claims, and tackle the project of making such claims, remains the best option for self-insured employers and insurance carriers who insist on their right to a full recovery. For more information on the effective implementation of war hazard reimbursement claims, contact Gary Wickert at [email protected].