Consider the following scenario: Wally Worker is employed by ACME, Inc. and his routine job duties include driving widgets from ACME’s warehouse in Irvine to ACME’s warehouse in Los Angeles in the ACME van. The ACME van has not been properly serviced in more than two years and the engine overheats while Wally is on the I-5 Freeway on his way to Los Angeles. Tommy Teenager is driving his car right behind Wally on the Freeway and he does not notice that Wally’s vehicle has become disabled in the number 2 lane. Tommy is texting and he is distracted. Tommy rear-ends Wally going 75 miles per hour. Wally sustains serious lower back injuries as a result of the collision and applies for worker’s compensation benefits from ACME’s insurance carrier, ABC Insurance, Inc.

In Wally’s personal injury case against Tommy, ABC Insurance, as the workers compensation carrier for ACME, asserts a lien against Wally’s recovery in the third-party action. ABC Insurance, as subrogee of ACME, may file its own third-party lawsuit against Tommy or file a Complaint-in-Intervention in Wally’s existing personal injury action. Either way, the employer and insurance carrier seek reimbursement for the moneys paid to or on behalf of Wally, including medical payments and disability benefits, which arose out of the negligence of Tommy.

Depending on the facts of the case, these important questions have answers that may result in millions of dollars of recovery or loss for the workers’ compensation carrier. Unfortunately, in California, the law is not clear on how to apportion employer fault when a third-party case resolves via settlement as opposed to a verdict.

The negligence of the employee in a third-party action reduces the gross recovery of the employee, but it does not reduce the employer/carrier’s right of reimbursement or subrogation interest. (Kemerer v. Challenge Milk Co. (1980) 105 Cal. App.3d 334 (holding that worker’s negligence could not be imputed to her employer). Nevertheless, if the third-party tortfeasor alleges employer negligence as the direct and proximate cause of the employee’s injury, the carrier/employer’s reimbursement and credit right may be reduced or completely wiped out. (See Witt v. Jackson (1961) 57 Cal. 2d 57, holding modified by Associated Constr. & Eng’g Co. v. W.C.A.B., (1978) 22 Cal. 3d 829 ( “Witt v. Jackson Defense”).

Here, Tommy alleges that ACME negligently failed to service the ACME van, resulting in Wally being left stranded on the Freeway and causing the hazard that led to his injuries as a result of the accident. Thus, Tommy claims that ACME is comparatively at fault for Wally’s injury accident.

In a scenario where there is an allegation of employer fault, an employer seeking reimbursement must first pay workers’ compensation benefits in an amount equal to the employer’s own percentage of fault multiplied by the injured worker’s total recovery. (DaFonte v. Up-Right, Inc. (1992) 2 Cal. 4th 593.) This is called the “Employer Negligence Threshold.” Using our Wally/Tommy scenario, the calculation is as follows if the third-party case goes to trial: 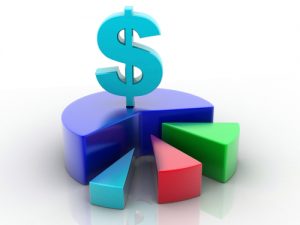 The amount of damages in a third-party case may be determined either formally by the trier of fact or informally in a settlement. Clearly, as shown in the example above, it is simple if the jury or the court awards the injured employee $X for special damages and $Y for general damages/pain and suffering. It is much trickier, however, in a settlement scenario. The California workers’ compensation statutes governing employee and employer civil actions against third-party tortfeasors in an industrial accident setting do not define the substantive law regarding recovery in a third-party action. (County of San Diego v. Sanfax Corp, (1977) 19 Cal.3d 862, 873.) Instead, it is defined by general tort law. (Id., at p. 874.)

How to Determine Total Damages?

But how is the number calculated if there is no adjudication of employer fault in the third-party action?

An injured employee may settle his or her third-party claim against a negligent tortfeasor and then assert the defense of the employer’s concurrent negligence in order to defeat the employer/carrier’s claim for reimbursement on its lien or assertion of future credit. (See Levels v. Growers Ammonia Supply Co. (1975) 48 Cal. App.3d 443.) This creates a hotly contested conflict between the employee and employer/ carrier because the percentage of the employer’s negligence has not been determined by the trier of fact.

Going back to our example in the matter of Wally and Tommy, let us suppose that the Tommy’s auto insurance carrier and Wally’s personal injury attorney reach a confidential settlement for $100,000. Tommy’s attorney and Wally’s attorney are both on notice of the ABC Insurance’s worker’s compensation lien in the amount of $50,000 and all are aware that ACME was comparatively negligent in causing Wally’s injury accident. How do we determine the percentage of fault that is to be attributed to ACME? What percentage of the $100,000 third-party settlement belongs to ACME?

Employer Negligence and Credit Rights in the W.C.A.B. 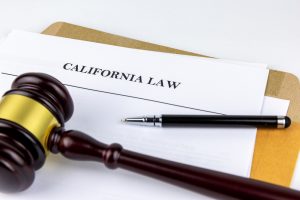 In Associated Construction & Engineering Co., the California Supreme Court held that a concurrently negligent employer should not be barred totally from obtaining credit, but instead should receive proportional reimbursement or credit rights, according to the principles enunciated in Li v. Yellow Cab Co., (1975) 13 Cal.3d 804. (Associated Construction & Engineering Co., supra, 22 Cal. 3d at p. 842.)(emphasis added) Therefore, the California Supreme Court applied comparative fault principles in the context of determination of credit rights. The Court thus held that the employer/carrier is entitled to credit only for the amount by which its compensation liability exceeds its proportional share of the injured employee’s tort damages. (Associated Construction & Engineering Co., supra, 22 Cal. 3d at p. 842; Hodges v. W.C.A.B., (1981) 123 Cal. App.3d 501, 515; Bonner v. W.C.A.B., (1990) 225 Cal. App.3d 1023, 1033; see also Cal. Lab. Code § 3861.) This the Employer Negligence Threshold discussed above.

Following the California Supreme Court’s Associated Construction decision, the W.C.A.B., in an en banc decision, established a procedure for making such a determination. (See Martinez v. Associated Engineering & Construction Co., (1979) 44 Cal. Comp. Cases 1012.) In Martinez, the W.C.A.B. held that in order to calculate the Employer Negligence Threshold and the employer/carrier’s right to credit, the board evaluates the following elements:

In order to calculate the amount that the employer is entitled to as either reimbursement of its lien or credit for future benefits, a determination of “total damages” must be made first. Again, in the case of a judgment by the trier of fact in the civil action, the total damages have been determined by the court and there is no ambiguity. (See Mailett v. W.C.A.B., supra, 23 Cal. App.3d 107.) However, in cases where a settlement has occurred, the amount of settlement is almost always less than what the injured employee believed was his or her total damages. As a result, it is not necessarily correct to rely on the settlement value as the “total damages.” (Bonner, supra, 225 Cal. App.3d 1023, 1033.)

The Calculation of the Employer Negligence Credit Threshold and Entitlement to Credit in the W.C.A.B.

Here, Wally wants his total damages to be $500,000 because that larger number will help him reduce and/or defeat ACME/ABC Insurance’s petition for future credits. Recall that ACME/ABC are only entitled to credit for the amount by which their compensation liability exceeds its proportional share of the injured employee’s tort damages. If Wally can prove at the credit hearing that his total damages are actually $500,000 (and not the $100,000 that he settled for) and that ACME is deemed 30% at fault, any credit petition for less than $100,000 will be wiped out. The math is as follows: The Employer Negligence Threshold is $150,000 ($500,000 x 0.3 = $150,000). $150,000 minus the $50,000 of what has been paid thus far, equals $100,000. Therefore, before ACME can petition for future credit, ACME must pay an additional $100,000 in benefits to Wally.

Knowing that thousands, and in some instances millions, of dollars of potential reimbursement funds are on the line, the subrogation attorney should work with the workers’ compensation defense attorney to prepare for a section 3861 hearing to ensure that: (1) allegations of employer negligence are properly defended and supported with evidence, including expert witnesses, and (2) the calculation of total damages are not inflated in a manner that will limit or reduce the employer/carrier’s lien reimbursement rights and right for future credits.

If you should have questions regarding this article or California workers’ compensation subrogation in general, please contact Zahra Aziz at zaziz@mwl-law.com.