In the 2003 Miramax comedy Duplex, Ben Stiller and Drew Barrymore are Brooklyn landlords to a pesky, rent‑controlled tenant named Mrs. Connelly, played by Eileen Essell. Efforts to get rid of Connelly fail and the tenant’s careless actions cause a fire which nearly destroys the entire building. The fact that Ben Stiller’s insurance company had to pay for the property damage was a tedious and mundane fact not mentioned in the movie. If art truly imitated life, the movie would have divulged the fact that under New York law, the insurance company paying the damages had a subrogated cause of action against the tenant for recovery of the damages it paid. Surprisingly, however, the insurer would have no subrogation rights if the movie were set a few miles north in Connecticut, or in a number of other states where such a subrogation action against the tenant is prohibited. Understanding when, where, and why such subrogation actions by a landlord’s insurer against a tenant are permitted or prohibited is critical to maximizing property subrogation recoveries and is, conveniently, the focus of this article. 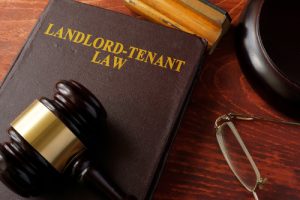 Seeming more like our U.S. Supreme Court waffling over interpretation of the Constitution than a state court of appeals deciding a subrogation issue, the court in Sutton announced that the principle of subrogation is a “fluid concept” depending upon the particular facts and circumstances of a given case for its applicability, and is not a rigid rule of law. The “Sutton” principle is derived from recognition of a relational reality, namely, that both the landlord and tenant have an insurable interest in the rented premises ‑ the former owns the fee and the latter has a possessory interest. As the theory goes, it is considered a matter of sound business practice that the fire insurance premium paid has to be considered in establishing the rent rate on the rental unit. Such premium was chargeable against the rent as an overhead or operating expense, and, therefore, the tenant actually paid the premium as part of the monthly rental. The court in Sutton went on to say that:

Prospective tenants ordinarily rely upon the owner of the dwelling to provide fire protection for the realty (as distinguished from personal property) absent an express agreement otherwise. Certainly, it would not likely occur to a reasonably prudent tenant that the premises were without fire insurance protection or if there was such protection it did not inure to his benefit and that he would need to take out another fire policy to protect himself from any loss during his occupancy. Perhaps this comes about because the companies themselves have accepted coverage of a tenant as a natural thing. Otherwise their insurance salesmen would have long ago made such need a matter of common knowledge by promoting the sale to tenants of a second fire insurance policy to cover the real estate. Sutton, 532 P.2d at 482.

Subrogation, however, aims to place the ultimate burden for the loss on the wrongdoer, and prevents a double recovery to the insured. Some states have rejected the Sutton Doctrine and instead have gone with the more logical approach that there must be a “clear and unequivocal expression exonerating the tenant from liability from negligent conduct” before the tenant gets a free ride. Britton v. Wooten, 817 S.W.2d 443 (Ky. 1991); New Hampshire Ins. Co. v. Hewins, 627 P.2d 1159 (Kan. App. 1981); Sears, Roebuck & Co. v. Poling, 81 N.W.2d 462 (Iowa 1957). The Supreme Court of Iowa has held that the landlord and tenant have “separate estates capable of being separately valued and separately insured.” Neubauer v. Hostetter, 485 N.W.2d 87 (Iowa 1992). The Supreme Court of Arkansas has said that:

“the fiction that by paying the rent, the lessee paid the insurance premium is not appropriate …such a fiction ignores the fact that more often than not the market, i.e., supply and demand, is the controlling factor in fixing and negotiating rents.” Page v. Scott, 567 S.W.2d 101 (Ark. 1978).

The court also noted that if there had been no insurance, the landlord’s right to recover against the tenant would have been beyond question. It also rejected the argument that recovery by the insurer from the tenant would result in a windfall to the insurer, as this not only ignores the principles and purposes of subrogation, but the same could be said for a subrogation action against an independent third party, such as the manufacturer of a defective coffee maker. Id. at 103. Just to the south of Brooklyn, New Jersey has said that it finds no binding case law or reason in common sense that would hold that where the landlord would have had a claim against a tenant, the existence of insurance obtained by the landlord, paid for by the landlord from the landlord’s own unrestricted funds, and for the benefit of the landlord, should exculpate the tenant from the consequence of negligent conduct – absent an express agreement to that effect. Zoppi v. Traurig, 598 A.2d 19 (N.J. Super. 1990).

Subrogation professionals should, therefore, be mindful that the application of the Sutton Doctrine is only the beginning in investigating whether a tenant may be pursued for subrogation. Exculpatory clauses and mutual releases contained in lease agreements may well devastate an insurer’s subrogation rights above and beyond any right to pursue a tenant based on the application of this doctrine. However, whether or not a tenant is deemed to be a “co-insured” under the landlord’s fire insurance policy is still an important first step in determining whether subrogation rights exist. 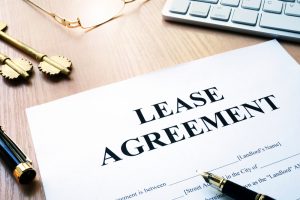 There are conflicting policy arguments on both sides of the Sutton Doctrine issue. The 9th Circuit Court of Appeals has indicated that in order to determine whether the tenant should be considered a co‑insured, courts need to look at whether the insurance policy was obtained for the benefit of the tenant as well as the landlord. Aetna Ins. Co. v. Craftwall of Idaho, 757 F.2d 1030 (9th Cir. 1985). Once the landlord has agreed to carry insurance for the benefit of both parties, the subrogated insurer may not sue the tenant for fire damage resulting from the tenant’s negligence. Page v. Scott, 567 S.W.2d 101 (Ark. 1978); West American Ins. Co. v. Pic Way Shoes of Central Michigan, Inc., 313 N.W.2d 187 (Mich. App. 1981), citing Woodruff v. Wilson Oil Co., 382 N.E.2d 1009 (Ind. App. 1978); Pendlebury v. Western Casualty & Surety Co., 406 P.2d 129, 136 (Idaho 1965) (insurer barred from subrogation action against own insured). Obviously, this begs the question of whether the landlord also obtained fire insurance for the benefit of the tenant. It is important to look at the lease agreement to find out what was the intent of the parties. Even if the parties merely discussed insurance generally, without specific reference to fire insurance, fire insurance should be presumed to be covered by the agreement. Evans v. Sack, 67 N.E.2d 758 (Mass. 1946); 49 Am.Jur.2d, Landlord and Tenant § 272 at 287 (1970); 51C Corpus Juris Secundum, Landlord and Tenant § 374 at 1000 n. 68 (1968). The states are deeply divided on the issue.

When applied to commercial lease settings, if the tenant were shielded from a subrogation suit, the commercial tenant’s own liability insurer would also acquire a windfall, since it first receives a premium to insure the tenant for his own negligent acts, but then escapes having to pay for an anticipatable fire loss. In addition, the Collateral Source Rule would be undermined if the court released the tenant essentially because the landlord had insurance. More importantly, if the tenant is deemed to be a co‑insured without any such intent expressed in the lease contract between the parties, the court would be rewriting the landlord’s fire insurance contract, which unambiguously provides that the landlord alone has been insured.

While the laws of the various states differ when it comes to whether the Sutton Rule is or isn’t applied as a blanket rule, the question arises as to whether the lease sufficiently indicates the intent of the parties was that the fire insurance obtained by the landlord is for their mutual benefit, when the lease terms merely state that “the Landlord will obtain fire insurance.” Some jurisdictions feel that the mere obligation for the landlord to obtain fire insurance, is sufficient to indicate that the insurance is for the mutual benefit of the landlord and the tenant. Waterway Terminals v. P.S. Lord, 406 P.2d 556 (Or. 1965) (However, note that in this case the lease also contained an exculpatory clause which would have been neutered if the subrogation suit was allowed to proceed). The logic used is that the tenant would not have negotiated for the requirement that the landlord obtain fire insurance if it didn’t benefit him at all. Many states have taken a more relaxed, case by case approach, holding that a tenant’s liability to the landlord’s subrogating insurer for negligently causing a fire depends on the intent and reasonable expectations of the parties to the lease as ascertained from the lease as a whole. General Accident Fire & Life Assurance Corp. v. Traders Furniture Co., 401 P.2d 157 (Ariz. App. 1981); Page v. Scott, 567 S.W.2d 101 (Ark. 1978); Fire Ins. Exch. v. Hammond, 83 Cal.App.4th 313, 99 Cal.Rptr.2d 596 (2000); Koch v. Spann, 92 P.3d 146 (Or. App. 2004).

The ability to subrogate effectively and negotiate successfully in landlord/tenant situations depends on a subrogation professional’s familiarity with the laws of the particular jurisdiction involved. A chart depicting the landlord/tenant subrogation laws of all 50 states can be found HERE. For questions regarding subrogation of any kind, please contact Gary Wickert at gwickert@mwl-law.com