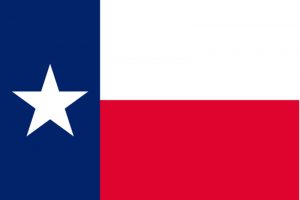 On January 26, 2018, the Texas Supreme Court refused to review the July 14, 2016 decision by the Texas Court of Appeals in Ins. Co. of the State of Pennsylvania v. Roberts, 506 S.W.3d 498 (Tex. App. 2016), review granted (June 1, 2018). This established the Court of Appeal’s decision as good law which would assist workers’ compensation subrogation efforts in Texas despite the ubiquitous presence of waiver of subrogation endorsements. The court held that the waiver of subrogation endorsement is not the only place we must look to determine if a waiver is valid. Exxon contracted with Savage and the contract required Savage to obtain a waiver of subrogation on its insurance policies “to the extent liabilities are assumed by Savage.” Savage had its compensation policy endorsed with a Texas Standard Form Waiver. The endorsement read:

We have the right to recover our payments from anyone liable for an injury covered by this policy. We will not enforce our right against the person or organization named in the Schedule, but this waiver applies only with respect to bodily injury arising out of the operations described in the Schedule, where we are required by a written contract to obtain this waiver from us.

The contract required Savage to indemnify Exxon only for Exxon’s own negligence. Exxon agreed that it alone was responsible for the injuries. The plaintiff settled with Exxon and both argued that the workers’ compensation carrier (ICSP) had waived its subrogation interest. The trial court ruled that the lien had been waived and ICSP appealed. On appeal, the issues were:

1. Did the waiver of subrogation provisions apply only to liabilities assumed by Savage, and because Savage was not obligated to indemnify Exxon for this accident, the waiver did not apply?
2. If there is an enforceable waiver, should there still be a future credit?

The Court of Appeals held that Savage was not required by the contract to obtain the waiver because it only applied “to the extent liabilities are assumed by Savage.” No liability was assumed in this case, so there was no waiver of subrogation. The court held that the phrase “liabilities assumed” in the provision of service contract, under which subcontractor and its insurer waived its subrogation rights against oil refinery owner to the extent that liabilities were assumed by subcontractor, referred to subcontractor’s indemnity liabilities. The court also said that any references to the underlying service contract between Exxon and Savage in Savage’s workers’ compensation policy’s waiver endorsement served to incorporate the terms of that contract into the policy, thereby requiring that the contract be consulted when interpreting the policy to determine whether the workers’ compensation carrier waived its subrogation rights against Exxon. It did not address the second issue regarding the credit.

Matthiesen, Wickert & Lehrer, S.C. (MWL) filed an amicus brief on behalf the National Association of Subrogation Professionals (NASP) in the case. On June 1, 2018, the Texas Supreme Court decided to grant the petition for review in this case. The parties argued the case to the Supreme Court on September 17, 2018. Exxon was adamant that the inquiry regarding waiver is constrained to the policy’s four corners, asserting “few readers will read the endorsement and [think] its meaning depends on tracking down some separate contract ….” The carrier contended that a contract other than the policy – namely, the Exxon/Savage Service Contract – must be consulted to ascertain whether Savage “has agreed by written contract” and is “required by a written contract” to furnish the subrogation waiver. This, the carrier argues, accords with the endorsement’s plain language and common sense, because Exxon would have no rights under the subrogation waiver if the matter were determined solely from the language within the policy’s four corners.

To the extent the Service Contract comes into play, two of its provisions are central to the dispute about the subrogation waiver’s applicability – one relates to Savage’s insurance coverage obligations and the other sets out the parties’ indemnity agreement. In paragraph 14 of the Service Contract, Savage agreed to secure certain types and minimum limits of insurance and obtain its insurers’ waivers of subrogation and contribution rights against Exxon “to the extent” Savage “assumed” “liabilities.” In paragraph 12, Savage and Exxon specifically agreed to indemnify each other for personal-injury claims resulting from their own negligence, gross negligence, or willful misconduct, but did not assume liability for claims resulting from the other party’s tortious conduct. Accordingly, Exxon and the carrier agree that if Savage’s employees were injured due to Exxon’s negligence, as alleged, Savage did not agree to indemnify Exxon for their damages. The hotly contested issue in this case is whether that circumstance has any impact on Savage’s agreement to procure a subrogation waiver under paragraph 14.

Exxon, on the other hand, asserts that, if the Service Contract can be consulted at all, it identifies who is entitled to a subrogation waiver (Exxon), but no contractual limitations on the obligation to provide the waiver can be considered. In the alternative, Exxon contends the assumption-of-liability limitation extends beyond contractual indemnities and encompasses all of Savage’s contractual obligations, including its agreement to secure workers’ compensation coverage. So, if Savage agreed to provide workers’ compensation coverage for its employees, it “assumed liability” for workers’ compensation benefits, thus invoking the subrogation waiver as to the carrier’s statutory right to recoup benefit payments. The Court of Appeals sided with the carrier. Exxon felt the Court of Appeals was wrong because it failed to follow In re Deepwater Horizon, 470 S.W.3d 452 (Tex. 2015) and Gilbert Texas Construction, L.P. v. Underwriters at Lloyd’s London, 327 S.W.3d 118 (Tex. 2010). In particular, Exxon faults the court for restricting the insurance endorsement’s reach based on the terms of an extrinsic document and unduly circumscribing the Service Contract’s assumption-of-liability language by limiting it to the contractual indemnities.

The amicus brief filed by MWL on behalf of NASP argued that blanket endorsements are widely used and are “consistent in that they require reference to an external contract to determine whether they are triggered in a given case.” Like the carrier, NASP opines that “Exxon’s argument that the waiver automatically benefits them without reference to the provisions of the Exxon/Savage contract conflicts with the plain language of the standard-form endorsement.” The Texas Civil Justice League also filed an amicus brief supporting Exxon’s position that the insurance policy “nowhere states that it intended to incorporate” an extrinsic document like the Service Contract.

On February 15, 2019, the Supreme Court ruled on the appeal and its decision was not good. Ins. Co. of the State of Pennsylvania v. Roberts, No. 17-0200 (Tex. 2019). The Supreme Court held that the subrogation-waiver endorsement required resorting to the Service Contract to determine only whether Savage was “required by a written contract” to obtain a subrogation waiver for Exxon and to determine whether that obligation applies to the operations described in the Schedule, but only to that extent. Unlike the insurance policies at issue in In re Deepwater Horizon and Ken Petroleum Corp. v. Questor Drilling Corp., 24 S.W.3d 344 (Tex. 2000), the standard-form subrogation waiver does not refer to, and thus does not incorporate, any limits on coverage that might exist outside the policy’s four corners. The Court of Appeals had held that Savage was not required by the contract to obtain the waiver because it only applied “to the extent liabilities are assumed by Savage.” However, that was something that was “outside” of the four corners of the insurance policy. Because no such limitation was contained in the policy or in the endorsement, subrogation was waived based on the terms of the policy, notwithstanding the extrinsic contract.

The Supreme Court did note that “Texas has long held that insurance policies can incorporate limitations on coverage encompassed in extrinsic documents by reference to those documents.” “Magic words” are not required, but an extrinsic document may not be considered unless the policy clearly manifests an intent to incorporate its terms. This one didn’t. The waiver expressly limited the waiver’s applicability by reference to the named insured’s extrinsic contract obligations in only two respects: (1) The carrier agreed to waive subrogation rights “against the person or organization named in the Schedule” and only as to “any person or organization for whom [Savage] has agreed by written contract to furnish this waiver,” and (2) even as to a person or entity named in the Schedule, the waiver is operative “only with respect to bodily injury arising out of the operations described in the Schedule [i.e., All Texas Operations] where [Savage is] required by a written contract to obtain this waiver from [the carrier].”

The Supreme Court said that the standard Texas subrogation waiver in Savage’s policy specifies three activating requirements: (1) identification of the claimant as a covered party in the Schedule – either named specifically or with covered status conferred by some other written contract – and (2) bodily injury (3) arising from operations meeting the description in the Schedule for which the waiver is required by a written contract. Who. What. Where. Other than defining who and where by reference to an extrinsic contract, no other limitations are referenced, incorporated, or contemplated by the policy language. Texas determines the scope of coverage from the language employed in the insurance policy, and if the policy directs us elsewhere, we will refer to an incorporated document to the extent required by the policy. Because the subrogation waiver did not instruct referring to an assumption of liability or an agreement to indemnify, the Supreme Court refused to do so. As a result, subrogation was waived as to Exxon.

As it has in the past, Matthiesen, Wickert & Lehrer, S.C. will propose such a change to the form endorsement. If you have any questions regarding Texas workers’ compensation subrogation, please contact Lee Wickert at [email protected].