SALES AND USE TAXES ON SUBROGATION SERVICES: Navigating The Sales Tax Maze In South Dakota, New Mexico, And Hawaii 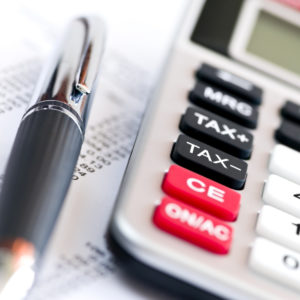 As a means of raising revenue, particularly during times of economic crisis, a handful of states employ, and many states repeatedly revisit, the dubious and counter-productive scheme of imposing a tax on professional services, whether as a sales tax (including lifting an exemption in many states’ sales tax code for professional services), use tax, excise tax, gross receipts tax or as a new form of fee applicable only to professional service providers. One justification for this business-deterring initiative is the mistaken assumption that the providers of these services, including lawyers, are lucrative and easily absorb such a tax, and that such a tax will not have a material impact on those seeking the services. It is also mistakenly believed that service providers are unduly enriched without such a tax and the revenues raised will significantly contribute to state deficits. Of course, this all ignores the reasoning that led to keeping such services free from taxation in the first place. Rarely would such a tax have a meaningful impact on deficit budgets, and whatever contribution it would make is often more than offset by the harm to vulnerable populations and, in the long run, the potential impact to state bottom lines. No matter the justification or effect of such artifices, the payment of such taxes and fees on legal services is a growing problem for subrogation professionals and the insurance industry in general.

Currently, only three states have a tax or charge on legal services – Hawaii, New Mexico and South Dakota. Those states impose a tax/fee on all services provided. In the other states, lawmakers have taken a piecemeal approach and included some types of services as taxable while leaving others not taxable. A handful of states, including Delaware, Hawaii, New Mexico, South Dakota and Washington, already tax all sorts of services. Most states tax at least some services, particularly items like utilities. Broad-based sales taxes are so unlike other states’ sales taxes that many experts consider them different kinds of taxes altogether. Let’s take a look at the three states which directly tax legal services.

In South Dakota, a 4% sales tax applies to the gross receipts of all retail sales, including the sale, lease, or rental of tangible personal property or any product transferred electronically, and the sale of services – including legal services. S.D.C.L. § 10-45-4. This sales tax is levied on the purchaser of legal services. Services are subject to sales tax where the service is received, which means where the service is first used by the client. Sales tax applies to attorney services at the attorney’s office or the customer’s address, based on the above sourcing rules. Generally the service is first used where the report or results of the service are received by the client. As a general rule, the services of an attorney will be subject to either sales or use tax because most services are inherently used in South Dakota. A flow chart and examples are designed to help determine the proper tax to remit. However, in conversations with the South Dakota Department of Revenue & Regulation, we are advised that even if the client (e.g., a subrogated insurance company) and MWL are located outside of South Dakota, once the South Dakota local counsel is engaged, the sales tax applies to the services of the South Dakota attorney, but it is now referred to as a “use tax.”

Unlike most other states, Hawaii does not have a sales tax. However, Section 237-13 provides for a Gross Excise Tax (“GET”) to be levied on services performed, including legal services. Unlike a sales tax, the GET is levied on the seller (lawyer) and not the purchaser. The GET tax is sometimes mistakenly referred to as a “sales tax” because businesses are allowed to pass those taxes on to their customers. Most business activity is subject to a 4% tax. However, beginning January 1, 2007, the City and County of Honolulu enacted a County Surcharge Tax (CST) on top of the GET, bringing the CST and GET for all of Oahu to 4.5%. The 4.5% tax on gross receipts translates into a maximum visible pass on tax rate of 4.712% when expressed as a percent of the price and limited to six decimal places. Gross receipts consist of two parts; (1) Tax = 4.5% of Gross Receipts, and (2) Price = 95.5% of Gross Receipts. The tax as a percent of the price is 4.5% divided by 95.5% = 0.047120 or 4.712%.

As consumers of legal services in Hawaii, subrogated carriers are responsible for payment of these taxes on top of any legal fees owed. Lawyers in Hawaii like to compare the process to walking into a store and buying a product for $1.00. After tax, the product costs the consumer $1.05. The only role for seller (in this case, lawyer) is to collect the sales tax from the client and send it to the state (for which the lawyer is responsible even if he doesn’t collect it) or not collect the sales tax (and eat the 4.172%, and being responsible for paying that amount to the state). Lawyers are required to fill out state withholding forms every month, and it basically boils down to “sales + 4.172%, send it in monthly”. In short, there is a GET in Hawaii on legal services, and the way it universally works is that the cost of the services is increased by the amount of the tax, with the “seller” is thereafter liable to the State of Hawaii for that amount.

New Mexico does not have a state sales tax. However, New Mexico has also fallen victim to the specious lure of taxing legal services, thereby increasing the cost of living and the cost of doing business in that state. Their justification is that “individuals should pay taxes for the privilege of engaging in business in New Mexico.” ITT Educ. Servs., Inc. v. Taxation & Revenue Dep’t of State of N.M., 959 P.2d 969 (N.M. 1998). Despite the fact that they got that justification exactly backwards, New Mexico refers to the tax as a “Gross Receipts Tax” (GRT). It is imposed on “any person engaging in business in New Mexico.” N.M.S.A. § 7-9-4(A). “Gross receipts” means the total amount of money or other consideration received from the activity being taxed. Although the GRT is imposed on businesses, it is common for a business to pass the GRT on to the purchaser either by separately stating it on the invoice or by combining the tax with the selling price. The GRT rate varies throughout the state from 5.125% to 8.6875% depending on the location of the business. It varies because the total rate combines rates imposed by the state, counties, and, if applicable, municipalities where the businesses are located. The business pays the total GRT to the state, which then distributes the counties’ and municipalities’ portions to them. As if that wasn’t bad enough, the change to New Mexico’s GRT rate may occur twice a year – in January and July. Where legal services are provided in New Mexico for an out-of-state client, such as an insurance company located in Texas, the GRT must be paid on the legal services performed in New Mexico, but not on legal services performed in Texas or elsewhere. N.M. Rev. Rul. 410-90-2 (1993).

Aside from the fact that these taxes and charges on legal services make justice more expensive for the average American citizen, earlier this year, Professor John Mikesell of Indiana University estimated that sales taxes in the United States on average applies to about 40% of the economy. That is, 40% of personal income is subject to sales tax. In the three states noted above, the percentages are significantly higher: New Mexico (60% included in tax base), South Dakota (67% included in tax base), and Hawaii (108% included in tax base). Hawaii in particular is astonishing because that means the tax base is larger than the economy, resulting in multiple taxation of the same product or service. Such nuances are difficult to convey in a table or a map but are important to remember when doing interstate comparisons. So while Hawaii’s combined rate is a low-sounding 4.35%, the sales tax burden on residents is the third highest in the country ($2,043 per person per year, as against an average of $1,005).

As is always the case, it is easier to raise or expand taxes than to cut spending. Many other states have GRTs, but don’t yet apply them to legal services. Examples include Arizona (“Transaction Privilege Tax”), Delaware, Florida, Illinois, Mississippi, Ohio (“Commercial Activity Tax”), Washington (“Business and Occupation Tax”), and West Virginia. Earlier this month, the Ohio General Assembly proposed legislation within H.B. 59 that would result in a 5.5% tax on legal services. Prior to this proposed legal tax, there were only three other states to have such a tax on legal services, Hawaii, New Mexico and South Dakota.

Florida did impose a sales tax on services, but problems with the cost of administration and enforcement led to its prompt repeal. Nevertheless, many other states have repeatedly come close to approving some version of such a tax. In Kentucky, Jim Wayne, a state representative, and some fellow Democrats are proposing taxing high-end services: golf greens fees, limousine and hot-air-balloon rides, and private landscaping. Recently, Minnesota Gov. Dayton proposed his budget for the state. In his budget he proposed a series of tax changes, including a proposed tax on legal services.

It is said that “The power to tax is the power to destroy.” How true that is and how quickly legislators and presidents forget the debacle of the “luxury tax” of the 1990s, when Congress imposed a 10% luxury tax on yachts, private airplanes and expensive automobiles. Within eight months Viking Yachts, the largest U.S. yacht manufacturer, laid off 1,140 of its 1,400 employees and closed one of its two manufacturing plants. Before it was all over, Viking Yachts was down to 68 employees. In the first year, one-third of U.S. yacht-building companies stopped production, and according to a report by the congressional Joint Economic Committee, the industry lost 7,600 jobs. When it was over, 25,000 workers had lost their jobs building yachts, and 75,000 more jobs were lost in companies that supplied yacht parts and material. Ocean Yachts trimmed its workforce from 350 to 50. Egg Harbor Yachts went from 200 employees to five and later filed for bankruptcy. The U.S., which had been a net exporter of yachts, became a net importer as U.S. companies closed. Jobs shifted to companies in Europe and the Bahamas. The U.S. Treasury collected zero revenue from the sales driven overseas. Congress told us that the luxury tax on boats, aircraft and jewelry would raise $31 million in revenue a year. Instead, the tax destroyed 330 jobs in jewelry manufacturing and 1,470 in the aircraft industry, in addition to the thousands destroyed in the yacht industry. Those job losses cost the government a total of $24.2 million in unemployment benefits and lost income tax revenues. The net effect of the luxury tax was a loss of $7.6 million in fiscal 1991, which means Congress’ projection was off by $38.6 million. The Joint Economic Committee concluded that the value of jobs lost in just the first six months of the luxury tax was $159.6 million.

The use of lawyers and the American civil justice system is a necessary and indispensable aspect of the insurance industry. Unlike the yacht industry, however, the insurance industry isn’t going to lay off employees and close its doors. Instead, it passes the additional cost on to the very constituents of the legislators who use these legal services.

If you have questions regarding this article or subrogation in general, please contact Gary Wickert at [email protected].