WEST FERTILIZER COMPANY EXPLOSION IN TEXAS: The Importance of NFPA 921 in Fire and Explosion Subrogation 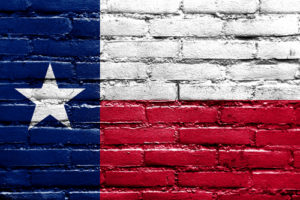 On April 17, 2013, a fire of as-of-yet-undetermined origin at the West Fertilizer Company in West, Texas ignited as much as 270 tons of ammonium nitrate being stored at the facility. The resulting blast left a 90-foot-wide crater and caused an estimated $125 million in damage. The blast killed 15 people, injured at least 200, and leveled both the plant and hundreds of homes and businesses in a small town near Waco, Texas. MWL was quickly engaged to hire experts, conduct an investigation, and aggressively subrogate for damages to over 275 nearby homes and businesses – some of which were completely destroyed. As we gather and prepare experts for the long investigation and litigation to follow, we are reminded of the importance of preserving evidence, avoiding and preventing spoliation, and selecting the appropriate experts whose investigation and opinions must comply with NFPA 921, Guide for Fire and Explosion Investigations.

Almost without exception, effective fire and explosion investigation and subrogation require the involvement of competent origin and cause experts and one or more forensic experts, depending on the nature of the loss. As much care should be taken in the selection of these experts as in the actual investigation and preparation for litigation and trial. Many origin and cause investigators in the U.S. are certified, either by the National Professional Qualifications Board through the National Fire Protection Association (NFPA) or by passing the Certified Fire Investigation (CFI) Program sponsored by the International Association of Arson Investigators. Private investigator licensing is controlled by each state. Forty-two (42) states and the District of Columbia have licensing requirements for private investigators. The stated purpose of licensing is to regulate the industry and to keep the unqualified out of the profession. Thirty-one (31) states’ laws contain language that specifically requires a private investigator’s license to investigate or reconstruct traffic accidents in private practice. For example, under the definition of private investigator, these states defines “private investigator” as “the investigation by a person or persons for the purpose of obtaining information with reference to any of the following matters:

Employees of any government agency, attorneys, insurance adjusters, and full time “in-house” investigators for insurance companies are generally exempt from the licensing requirement.

Forensic engineers are also essential players in piecing the fire and explosion puzzle together. Every step of the investigation must be undertaken with one thing in mind – testifying before a judge and jury. Depending on the nature of the incident, it may be necessary to engage electrical engineers, structural engineers, mechanical engineers, metallurgical engineers, fire protection engineers, and/or fire safety engineers. These engineers are engaged not only to prove who is responsible for the loss, but they are also engaged in many situations to prove damages, establish a causal relationship between the incident and the subrogation claim payments, to prove a lack of negligence on the part of the insured, or a variety of other purposes that all join forces to ensure a full subrogation recovery. Just as it is important for a coach and quarterback to be on the same page with regard to a game plan, it is just as important for all players on the subrogation team to be pulling in one direction with one goal in their sights. A professional engineer, however, is often prohibited from going beyond their expertise into areas of origin and cause investigators and vice versa. Some states will prohibit an engineer from testifying if they are not licensed private investigators or licensed engineers in the forum state. Pennsylvania Lumbermen’s Ins. Corp. v. Landmark Electric, 1993 WL 541644 (Ohio App. 1993).

Just as in a football game, however, the subrogation game must be played by established rules. In preparing and presenting expert testimony in depositions or at trial, rules of evidence play a significant role. You can’t win a football game without knowing the rules, and the same is true for the game of subrogation. All expert testimony is governed by the applicable state and federal rules of evidence, and trial judges – acting as the game’s referees – determine who gets to play and who doesn’t. For years, the admissibility of expert scientific evidence was subject to the Frye test, based on Frye v. United States, 293 F. 1013 (D.D.C. 1923). Under the Frye test, only expert scientific evidence based on “generally accepted” principles in the scientific community was admissible. In 1973, the Federal Rules of Evidence were adopted. Rule 702 of the Federal Rules of Civil Procedure governs federal cases and is the basis on which evidence in many states is ruled on. It provides as follows:

A witness who is qualified as an expert by knowledge, skill, experience, training, or education may testify in the form of an opinion or otherwise if:

(a) The expert’s scientific, technical, or other specialized knowledge will help the trier of fact to understand the evidence or to determine a fact in issue;

(b) The testimony is based on sufficient facts or data;

(c) The testimony is the product of reliable principles and methods; and

(d) The expert has reliably applied the principles and methods to the facts of the case.

The Frye test was superseded by the U.S. Supreme Court decision in Daubert v. Merrell Dow Pharmaceuticals, Inc., 113 S.Ct. 2786 (1993). Daubert was a product liability action in which the plaintiffs sought to establish that the ingestion of a prescription drug caused birth defects. The Court limited its analysis to “scientific” knowledge and found that expert testimony must possess scientific validity to establish evidentiary reliability. Further, the Court found that “all relevant evidence is admissible” and that relevant evidence must “assist the trier of fact to understand the evidence or determine a fact in issue.” While the Court did not adopt “a definitive checklist or test” to determine the reliability of expert scientific testimony, it articulated four important factors:

The Daubert Court limited its decision to “scientific” knowledge and didn’t specify whether it would apply to technical or other specialized knowledge. The Daubert standard is now the law in federal court and in over half the states. However, the Frye standard remains the law in some jurisdictions. The Supreme Court in Kumho Tire Co., Ltd. v. Carmichael, 119 S.Ct. 1167 (1999) addressed expert testimony by a mechanical engineer in a defective tire case and held that a trial court’s ability to scrutinize and rule on the admissibility extended to all expert witnesses, not just scientific experts. As a result of these two decisions and the proliferation of spoliation of evidence claims (see MWL chart on Spoliation HERE), additional guidance was called for in fire and explosion cases.

The National Fire Protection Association was organized over 100 years ago in order to promote good scientific techniques and improve fire protection and prevention. But it wasn’t until 1992 that they published their first Guide for Fire and Explosion Investigations, NFPA 921. It concerned the determination of the origin and cause of fires and explosions and its purpose was to serve as a fire investigation guide and help improve the fire investigation process for both government and private sector employees with fire investigation responsibilities. NFPA 921 is made up of 19 chapters with two appendices. The chapters include: Administration; Basic Methodology; Basic Fire Science; Fire Patterns; Legal Considerations; Planning the Investigation; Sources of Information; Recording the Scene; Physical Evidence; Safety; Origin Determination; Cause Determination; Explosions; Electricity and Fire; Investigation of Motor Vehicle Fires; Management of Major Investigation; Incendiary Fires; Appliances; and Referenced Publications.

NFPA 921 is only a “guide”, but it is fast becoming the standard by which fire investigations are judged. More and more it is accepted as a “peer-reviewed and generally accepted standard in the fire investigation community.” Tunnell v. Ford Motor Co., 330 F. Supp. 2d 707 (W.D. Va. 2004). Most courts are beginning to recognize that if properly applied, it provides a reliable fire causation determination methodology. Notably, NFPA 921 § 18.1 (“Fire Cause Determination”) provides that fire cause determination is the process of identifying the first fuel ignited, the ignition source, the oxidizing agent, and the circumstances that resulted in the fire. Fire cause determination generally follows origin determination. Consequently, a fire origin and causation expert will typically opine on two separate issues: the fire’s point of origin and its cause.

One of the greatest systemic faults within the subrogation industry is the fact that subrogation counsel – who are familiar with who is and who isn’t a qualified expert – are often brought into the game late, saddled with experts chosen by the insurance company months or years before they receive the file and long after the evidence is gone and the damaged building is repaired or rebuilt. The importance of selecting the right expert for the right loss cannot be over-emphasized. For simple losses a simple cause and origin expert might be sufficient. For more complex losses, such as the West Fertilizer Company explosion, it may be necessary to hire electrical, mechanical, chemical, or structural engineers for a number of reasons that go far beyond the cause of the fire. It is important to avoid “experts” who have never worked a day in the field in which they claim to be an expert, such as an automotive engineer who has never been trained at the manufacturer level or worked a career as a Field Service Engineer. It is said that such experts are referred to as “All horn and no driveshaft.”

An expert’s opinion is also only as good as the quality of the data used to arrive at that opinion. Far too often experts use words such as “undetermined”, “suspected”, or “possible” in their written reports – forever damaging recovery potential in that case. These words mean the expert doesn’t know what caused the fire and should serve as a warning that the expert’s opinion likely will not survive a challenge. If a hypothesis cannot be proven, it cannot be tested and is therefore unreliable. The process of eliminating all accidental causes of a fire resulting in the conclusion that human action is the culprit is limited to a very narrow set of circumstances. Any opinion of origin or cause (especially the latter) must be proven by the data or the fire must be classified as “undetermined” – a word which is not ordinarily followed by a recovery.

Any cause and origin expert used by the subrogation industry should be familiar with and willing to comply with NFPA 921 and Kirk’s Fire Investigation, the most widely used textbook in the field and written by John DeHaan, an expert from California. If your expert doesn’t have a copy of these two resources handy, find a new expert. Over the last 25 years, MWL has compiled a database of more than 25,000 experts from across the northern hemisphere, categorized and searchable by scientific discipline, geography, and cost. If you have any losses resulting from the explosion at the West Fertilizer Company in Texas and have any questions, please do not hesitate to contact Richard Schuster at [email protected].