There is a pandemic afoot that may rival COVID-19 in the amount of destruction it leaves in its wake. Nearly one U.S. driver in eight is speeding around on American roads and highways without any liability insurance. Even though every state except New Hampshire mandates purchasing liability insurance as a condition for driving, nearly 13% of U.S. drivers fail to do so. While 215 million Americans faithfully follow the law, approximately 32 million do not; and the financial toll of property damage, physical injuries, and deaths caused by these uninsured drivers is borne by the insurance industry and assumed by law-abiding drivers in the form of higher insurance premiums. The five states with the lowest uninsured driver estimates are Massachusetts (3.9%), Maine (4.7%), New York (5.3%), Utah (5.8%), and North Dakota (5.9%). The highest are Oklahoma (25.9%), Florida (23.8%), and Mississippi (22.9%). Maryland is now vying for the top spot.

Effective October 1, 2020, Maryland did the unthinkable, sending a signal to all Maryland residents that while obtaining liability insurance as a prerequisite of exercising the privilege of driving is the law, if you break that law there will be no consequences. Maryland’s new House Bill 280 now eliminates the ability of the Motor Vehicle Administration to suspend a judgment debtor’s driver’s license at the request of a judgment debtor. But it does much more than that. The legislation also:

Our bill to stop driver’s license suspensions for unpaid fines was foremost among them. In Maryland, tens of thousands of people have lost the privilege to drive due to fee-based driver’s license suspensions. We should not penalize Marylanders for being poor – limiting their ability to get to work, to doctor’s appointments, or pick children up from school. Working with advocates and members of the General Assembly, we were able to restore the right to work for many Marylanders and end a policy that disproportionately impacted people of color and of lower income.

The new law virtually eliminates any disincentive or risk for those who choose to drive without financial responsibility and will likely contribute toward an increase in uninsured drivers in Maryland.

Subrogating against uninsured drivers is one of the less glamorous aspects of auto insurance subrogation, but it plays a key role in helping hold down insurance premiums for those who follow the law. It is the red-haired stepchild of the red-haired stepchild and could easily be featured on the Discovery Channel series, Dirty Jobs. However, it can be a lucrative and rewarding subrogation endeavor if handled appropriately. 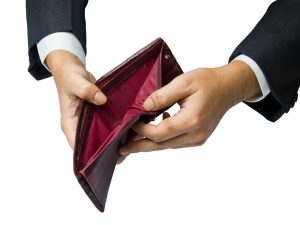 The idiom, “you can’t squeeze blood from a turnip,” is a reference to the fact that you cannot squeeze from someone something they don’t have, especially money. However, in today’s debtor-protecting legal environment, it isn’t so much that the debtor doesn’t have money − it’s that he doesn’t have money that you are able to access. One of the subrogation industry’s strongest and most effective collection tools is the ability to have a debtor’s driver’s license suspended when they are involved in a damage-causing auto accident while not being properly insured. In the final analysis, it’s all a matter of what the debtor wants to avoid more − paying a damage claim, even if in installments, or the freedom to drive an automobile.

MWL has a program for obtaining judgments against uninsured drivers, allowing subrogated auto carriers to suspend their driver’s licenses and thereafter enter into installment agreements with these judgment debtors. The legal remedies available to subrogation professionals to effectuate this powerful collection tool vary dramatically from state to state. Even though driving is a privilege, it is one that can’t be taken away without some form of due process. Most often, that process comes in the form of an administrative hearing in front of a Department of Motor Vehicle (DMV) administrative law judge, or filing certain documentation, including police reports, etc. In some cases, it requires an actual judgment to be entered before the privilege can be suspended. When a judgment is entered against an uninsured driver who has caused damage, injury, or death, that person must often times enter into an installment agreement to recover his or her driving privileges.

MWL has a program whereby we obtain a judgment against the adverse party on a time and expense basis. Our fee budget for this service is between $2,000 and $2,500 ($2,500 to $3,000 in California), depending on venue, to obtain, abstract, record, and file a judgment against the responsible party. Much depends on whether the courts require in-person evidentiary proof of damages, the accuracy of the defendant’s location, and the effort necessary to locate and obtain service. If the responsible party attempts to buy or sell property, or engage in other commercial transactions, the judgment lien will show up and they will be obligated to pay the subrogation judgment before they are allowed to transact business. While this doesn’t always result in a recovery, it is not uncommon to have adverse parties call and request a payout over time.

As a corollary to subrogating against uninsured drivers, drivers who have bad driving records often have difficulty obtaining auto insurance. To make obtaining coverage possible for these individuals, the industry offers something known as an SR-22 certificate. An SR-22 is a certificate that certifies that liability coverage has been provided for the named insured while operating a vehicle. It is sometimes referred to as a “certification of financial responsibility.” An SR-22 is normally required for “high risk” drivers who have a history of drunk driving, reckless driving, or driver’s license revocation. Although sometimes referred to as “SR-22 insurance,” it isn’t an insurance policy. It does not create any coverage. SR-22 certificates require a higher premium than regular insurance policies, and usually limits the insured regarding which vehicles are covered or provides other restrictions. If the insured is in an accident covered by an SR-22 and would otherwise not be covered by the terms of the policy, the insurance company must still pay (that is the purpose of the SR-22). However, while the innocent victim of the accident receives payment, the carrier paying under an SR-22 can now seek recovery from its own insured for the payments made. This is usually done under a policy provision which reads something like this:

If we certify this policy as proof of compliance under any financial responsibility law, it will comply with that law to the extent of coverage required by the law. You (the insured) must repay us if we have to make a payment that we would not have had to make if this policy were not certified.

MWL has a large book of SR-22 business for its auto insurance clients. SR-22 subrogation usually results in a default judgment which can be recorded and abstracted in the county of the debtor’s residence. However, it cannot be the basis for pulling the judgment debtor’s license, because unlike the uninsured driver, this judgment debtor technically had insurance.

With every passing year, it is more important than ever to take advantage of every subrogation tool at your disposal. Just know that in Maryland, as of October 1, 2020, the state has just taken away one of your most effective tools in accomplishing that.

If you should have any questions regarding this article or subrogation in general, please contact Lee Wickert at [email protected].