Landlord/Tenant Subrogation The Subject Of New Legislation In Washington For many years a landlord’s property insurer’s ability to subrogate for property damage against a negligent tenant was governed by a handful of case decisions. A landlord was frequently presumed to carry insurance for the tenant’s benefit, making the tenant an implied co-insured and, therefore, immune from a subrogation action. But much depended on the express language of the lease. The landlord’s fire insurer often had no subrogation rights against tenants for a loss to the leased premises. Cascade Trailer Court v. Beeson, 749 P.2d 761 (Wash. App.1988). Certain circumstances could also give rise to an inference that the parties have mutually understood that the lessor would provide the insurance. Rizzuto v. Morris, 592 P.2d 688 (Wash. App. 1979). As recently as 2012, the court in Trinity Universal Ins. Co. v. Cook, 276 P.3d 372 (Wash. App. 2012), stated that a tenant is a co-insured under the landlord’s policy for the entire building, not only the unit occupied by the tenant. As a result, landlord/tenant subrogation was extraordinarily difficult, terribly confusing, and often not pursued. In short, a landlord was presumed to carry insurance for the tenant’s benefit, as an implied co-insured, absent an express lease provision to the contrary.

On March 17, 2022, Washington Gov. Jay Inslee signed into law House Bill 2064, which makes sweeping changes to the landlord/tenant subrogation landscape, but perhaps not to the bottom line of when and how a landlord’s insurer can subrogate. The law takes effect on June 9, 2022. The new law amends the Residential Landlord-Tenant Act of 1973 (RLTA), which regulates the creation of residential tenancies and the relationship between landlords and tenants of residential dwelling units. The RLTA establishes rights and duties of both tenants and landlords, procedures for the parties to enforce their rights, and remedies for violations of the RLTA.

The new law does the following:

More relevant for subrogation professionals, however, is a new (yet-to-be numbered) subsection which will be added to § 59.18 and reads as follows:

(3)(a) If an insurer compensates a landlord for a valid claim associated with the landlord’s losses pursuant to the lease, including but not limited to rent, fees, or unit damage in excess of wear resulting from ordinary use of the premises:

(i) The landlord may not seek reimbursement of the amounts from the tenant that the insurer paid to the landlord;

(b) If the insurer or any other collector seeks reimbursement from the tenant pursuant to any subrogation rights available to the insurer, with any request for reimbursement, the party must provide the tenant by first-class mail, and email if available, at the last known address as provided by the landlord:

(i) All documentation or other evidence submitted by the landlord for reimbursement by the insurer;

(ii) All documentation or evidence of repair costs that the landlord submitted to the insurer;

(iii) A copy of the settled claim that documents payments made by the insurer to the landlord; and

(iv) Information about how to contact the insurer or collector seeking reimbursement to dispute any claim.

(d) Except as provided in (e) of this subsection, the landlord may not send an invoice to a tenant or undertake collection activity against the tenant for any amounts after submitting a claim to the insurer if:

(e) Notwithstanding (d) of this subsection, the landlord may invoice the tenant and undertake collection activity against a tenant for landlord’s losses if the insurer denies the claim because the loss is not covered pursuant to the insurance agreement, including if the value of the loss exceeded the insurance coverage loss limit. 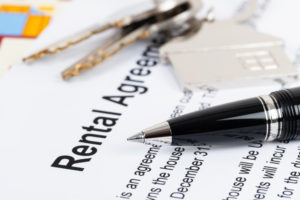 Historically, whether a subrogation claim against a tenant was viable or not depended considerably on the terms of the lease agreement. Washington courts had adopted a form of what is known as the Sutton Rule. The “Sutton Rule” is derived from an Oklahoma Court of Appeals decision styled Sutton v. Jondahl, 532 P.2d 478 (Okla. App. 1975) and is the benchmark against which the landlord/tenant subrogation laws of most states are measured. It is the modern rule and the rule more and more states are moving toward.

(1) the no-subrogation (or implied co-insured) approach, in which, absent an express agreement to the contrary, a landlord’s insurer is precluded from filing a subrogation claim against a negligent tenant because the tenant is presumed to be a co-insured under the landlord’s insurance policy;

(2) the pro-subrogation approach, in which a landlord’s insurer can bring a subrogation claim against a negligent tenant absent an express term to the contrary; and

(3) the case-by-case approach, in which courts determine the availability of subrogation based on the reasonable expectations of the parties under the facts of each case.

For reference, we have a chart detailing the landlord/tenant laws in all 50 states. Previously in Washington, as an “implied” co-insured, the tenant was legally immune from the landlord’s property carrier’s subrogation action under the same principle that prevents that carrier from subrogating against its named insured—the landlord. This theory is referred to as the implied coinsurance doctrine. Trinity Mutual Insurance Company of Kansas v. Cook, 276 P.3d 372 Wash App. 2012). That case said that where there was no agreement (express or implied) that the tenant would not be covered by the landlord’s insurance policy, the presumption was that the tenant was covered and, therefore, not subject to subrogation by the landlord’s property insurer. This required referring to the lease itself.

This new law, however, muddies the subrogation waters and perhaps brings the terms of the insurance policy into play. Landlords are now required to disclose the insurance coverage, perhaps revealing that a tenant is more than an implied coinsured—but perhaps even expressly an “insured” under the new law.

If the insurance provider requires the landlord to first attempt reimbursement from the tenant before filing a claim, that payment of the fee in lieu of a security deposit does not preclude the insurer or the landlord from proceeding against the tenant to recover any unpaid amounts due to the landlord pursuant to the lease and unpaid costs to repair damage to the property for which the tenant is responsible pursuant to the lease but never to include any sums for wear resulting from ordinary use of the premises, together with reasonable attorneys’ fees. (Section (1)(f)(i)(B))

The new legislation places additional burdens on an insurance company seeking subrogation for damage caused by a tenant of its insured landlord. The insurance company must now provide the following to the tenant by first-class mail, and email if available:

However, if the tenant has disputed the claim, the party seeking reimbursement shall defer any collection activities for an additional 60 days to resolve the dispute. Moreover, the tenant is entitled to any defenses to payment against the insurer as against the landlord, including any defenses under § 59.18.280 or other relevant laws.

Nancy Case is a partner with Matthiesen, Wickert & Lehrer, S.C.’s Hartford, Wisconsin office. She is licensed in Wisconsin, Illinois, and Washington State, is a member of the Illinois Trial Bar, and is admitted to numerous federal courts throughout the country. For information about or questions concerning Washington State subrogation, contact Nancy at [email protected].