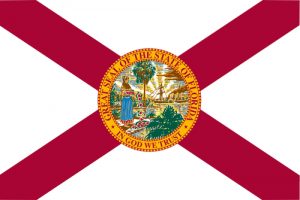 Let’s just say it. Florida PIP subrogation is a pain in the butt. The state was almost out of the weeds in 2007 when its no-fault laws automatically sunsetted; but the legislature passed a new no-fault law which took effect in 2008. PIP coverage is required for all “motor vehicles” registered and licensed in Florida or in the state for an extended period of time.[1] PIP insurance covers the insured – regardless of fault. Under Florida’s no-fault insurance statute, if an insured is hurt in an accident, a PIP policy will automatically pay 80% of reasonable medical expenses related to injuries sustained, 60% of lost earnings subject to the limits of the coverage, and any applicable deductible (or up to the specified policy limit), regardless of who caused the accident.

In order to file suit against a negligent tortfeasor who caused an accident, Florida’s no-fault insurance law requires the insured to meet certain verbal thresholds. A plaintiff may recover damages in tort for pain, suffering, mental anguish, and inconvenience because of bodily injury, sickness, or disease arising out of the ownership, maintenance, operation, or use of such motor vehicle only in the event that the injury or disease consists in whole or in part of:

As an indirect result of the above limitations on tort actions, the general rule in Florida is that PIP benefits may not be subrogated.[5] While the initial no-fault system provided for PIP subrogation,[6] this subrogation right was eliminated in 1976.[7] There is no subrogation of PIP payments made under the no-fault system, except for the two exceptions discussed below.[8] Where PIP coverage is in place, an insured’s claim for pain and suffering are subject to threshold limitations such as permanent loss of an important bodily function, permanent injury, scarring or disfigurement, or death.[9] Any injury, including non-permanent injuries, can be sued for in tort.[10] The owners of non-commercial vehicles covered by PIP have limited immunity from third-party tort claims.[11] In addition, PIP benefits are set off from any verdict or recovery under § 627.736(3).

The PIP carrier is neither subrogated to nor has a lien on any tort recovery against the owner of a “vehicle”, subject to two exceptions: (1) where the third-party tortfeasor is uninsured, or (2) where a commercial vehicle which is not required to have PIP coverage is one of the vehicles involved in the accident. The former is straightforward; but the latter exception is where all the confusion arises.

(3) “Motor vehicle” means any self-propelled vehicle with four or more wheels which is of a type both designed and required to be licensed for use on the highways of this state and any trailer or semitrailer designed for use with such vehicle and includes:

(a) A “private passenger motor vehicle,” which is any motor vehicle which is a sedan, station wagon, or jeep-type vehicle and, if not used primarily for occupational, professional, or business purposes, a motor vehicle of the pickup, panel, van, camper, or motor home type.

The term “motor vehicle” does not include a mobile home or any motor vehicle which is used in mass transit, other than public school transportation, and designed to transport more than five passengers exclusive of the operator of the motor vehicle and which is owned by a municipality, a transit authority, or a political subdivision of the state.

While PIP carriers generally have no right of reimbursement, § 627.7405 specifically states as follows:

Vehicle Weight Does Not Matter

Many PIP subrogation efforts in Florida meet a fiery demise and are promptly closed when liability adjusters deny the claim due to the fact that their insured’s vehicle weighed a certain amount. Those subrogation practitioners who practice in other states are familiar with the common definition of a “commercial vehicle” which has to do with the vehicle’s weight or its primary usage. For example, in New York, Loss Transfer can occur if one of the vehicles weights 6,500 lbs. or more. Most states designate a commercial vehicle as one with a Gross Vehicle Weight Rating (GVWR) of a certain number of pounds or more. The same is true in Florida, where a vehicle of a GVWR of more than 26,001 lbs. is considered to be a “commercial motor vehicle.” In the section of the Florida statutes which concern themselves only with (Section 320.01(25)), a more general definition is given:

(25) “Commercial motor vehicle” means any vehicle which is not owned or operated by a governmental entity, which uses special fuel or motor fuel on the public highways, and which has a gross vehicle weight of 26,001 pounds or more, or has three or more axles regardless of weight, or is used in combination when the weight of such combination exceeds 26,001 pounds gross vehicle weight. A vehicle that occasionally transports personal property to and from a closed-course motorsport facility, as defined in s. 549.09(1)(a), is not a commercial motor vehicle if the use is not for profit and corporate sponsorship is not involved. As used in this subsection, the term “corporate sponsorship” means a payment, donation, gratuity, in-kind service, or other benefit provided to or derived by a person in relation to the underlying activity, other than the display of product or corporate names, logos, or other graphic information on the property being transported.

What isn’t understood, however, is that § 320.01(25) is found in the section of the Florida statutes that has to do with “Motor Vehicle Licenses.” It governs when a commercial vehicle operator’s license is needed. When it comes to subrogation, however, § 627.7405 governs, not § 320.01, which governs commercial drivers’ licenses. A vehicle in excess of 26,001 pounds will almost always happen to fit the definition of a “commercial vehicle” under § 627.7405. However, there are plenty of vehicles under 26,001 pounds that also qualify as a “commercial vehicle” under § 627.7405.[13] In City of New Port Richey v. State Farm Auto. Ins. Co., the truck in question weighed only 24,500 pounds and did not require a commercial drivers’ license. The sole issue before the court was whether or not the dump truck, owned by the City, was a commercial motor vehicle for purposes of providing plaintiff (State Farm) with PIP subrogation rights under §627.7405. The City’s position was that the city-owned Mack dump truck was not defined as a “commercial motor vehicle” for purposes of the PIP subrogation statute, based upon several different statutory definitions. The defendant’s carrier argued that because of the fact that the PIP statutory definition of “commercial motor vehicle” and/or “commercial vehicle” was vague and ambiguous, and was simply defined as “any motor vehicle which is not a private passenger motor vehicle”, under § 627.732 (3)(b), one must necessarily look for further interpretation or definition purposes of the PIP statute in question, to the statutory rules governing motor vehicle insurance requirements under those PIP statute.

The court in City of New Port Richey v. State Farm Auto. Ins. Co. specifically found the dump truck owned by the city to be a commercial motor vehicle under the provisions of the Florida Motor Vehicle No Fault Law. It held that pursuant to § 627.7405, the subrogated PIP carrier had a right of reimbursement against the city for benefits paid and was entitled to reimbursement under that statute without regard to fault or negligence on the part of the city. The weight of the “commercial vehicle” didn’t matter.

It is important for subrogation professionals to remain vigilant when it comes to protecting their subrogation and reimbursement rights. The commercial vehicle weight argument was specious but incorrect. That doesn’t prevent liability carriers from make the same argument over and over. For questions on auto subrogation in Florida or anywhere in the U.S., contact Lee Wickert at [email protected].