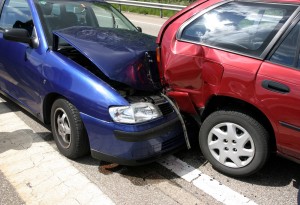 Auto insurance subrogation is a game of numbers. How much was paid on the claim? How much can be recovered? How much will it cost to recover it? How much of the insured’s deductible must be reimbursed? How much will you be charged by subrogation counsel? How much will a vendor charge us to send out the same demand letter twenty-six times before closing the file? Will there be a counterclaim? And for what amount? How much was paid for sales tax, title, and vehicle registration fees? And can we recover them? Auto subrogation is only as effective as it is efficient. It must be cost-effective; and that means not only making sure the fees and costs necessary to make a successful recovery are proportionate to the small claim being subrogated, but the amount of time and energy that must be invested in the effort must also be commensurate. Making the numbers work is not magic, but it is an art form. Blunt force will not get the job done; there simply is not enough at risk to scare anybody into paying the small claims. And the unfortunate truth in the world of auto insurance subrogation is that most claims are small.

According to statista.com, the average value of private passenger auto collision insurance claims for physical damage in the U.S. between 2007 and 2019 was between $3,000 and $4,000. Most auto carriers and claims administrators do one of two things with these smaller claims: (1) they ignore them, or (2) they assign them to debt collectors or cut-rate subrogation vendors who promise a flurry of demand letters at fees as low as 10% of the claim dollars recovered. Neither tactic is effective. But there is an alternative.

Most liability claims adjusters faced with a demand of less than $5,000 know all too well that the worst thing that is going to happen to them for ignoring subrogation demands—even in cases where their insured is clearly at fault—is that they will have to pay the same amount being requested in the multiple demand letters they have been ignoring. The key is not making the same demand over and over; but to make the demand much differently and much more loudly. The demand must threaten that something much worse will happen if your demand letter is ignored.

Going Nagasaki with the Demand Letter

Impotent cookie-cutter demand letters only harden the resolve of the other side not to pay or offer anything of consequence in smaller auto cases. Many states have “Offer of Settlement” and/or “Offer of Judgment” statutes and rules which allow for the recovery of some combination of interest, costs, and/or attorneys’ fees on top of the damages sought, should an offer be rejected and a judgment in at least that amount be obtained at a later date. Some states have “qualified settlement offer” statutes which function in much the same way. The goal with the demand letter in a small case is to make the third-party liability adjuster feel a little uncomfortable with his or her decision to ignore the demand. Standing out in the crowd (or in a liability claims handler’s very crowded inbox) is the only way to get the attention of the other side in these small cases. 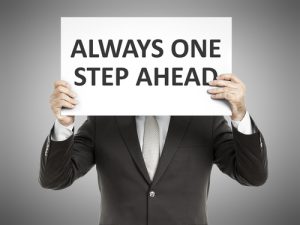 Simply put, subrogation professionals are in the persuasion business. We start from the usually accurate assumption that the other side is not going to pay 100% of a claim, and usually not even a small percentage of the claim. Using police reports, photographs, diagrams, threats, references to federal laws, state rules, and local ordinances, witness statements, logic, and common sense in our demands will only increase the chances of obtaining a settlement in smaller claims. The discovery, use, and emphasis on red light cameras, event data recorders, surveillance video, body cam video, police reports, satellite imagery, Google Street views, and witness statements is essential to get somebody to pay a small claim. And in the real tough cases, legwork is indispensable. Getting anecdotal evidence, tracking down witnesses, reviewing surveillance video from surrounding locations, etc. These are all tricks that allow us to turn the dead-end small case destined to be closed without a recovery into a big win.

Numbers are funny things. A $2,700 recovery in a small $3,000 subrogation claim litigated on a 1/3 contingency fee is preferable to a $1,000 recovery or even a $1,500 recovery on a 15% contingency fee. The subjective nature of subrogation success allows a good file to be easily misrepresented as a bad file to justify a quick settlement. Unfortunately, it is often easier for subrogation claims managers to sell an 18% contingent fee than to assess the true recovery potential of a small subrogation case which is settling for little or nothing at all. Far too many in our industry go for the quick buck – skimming the cream while leaving behind a treasure trove of subrogation potential to slowly decay until statutes of limitations are mere weeks from running. When even lower rate vendors undercut the cut-rate vendors, the result is disaster. For these entrepreneurial opportunists it is not about getting good results across a wide spectrum of files for their client – it is about making any promise necessary to get the business in the door and milking the files for settlements the client could have achieved with just a phone call. Unlike law firms, subrogation vendors do not have to follow attorney ethics rules and obligations and owe no fiduciary duty to ensure that the client’s best interests are being served. Time and time again, we see independent audits revealing millions of dollars unrecovered and left on the table and, by then, it is often too late.

Matthiesen, Wickert & Lehrer has been subrogating auto claims for three decades. We have learned over time something that can only be learned over time: how seriously you take your smaller claims influences how serious you will be taken on your bigger claims. Take the non-standard insurance industry as an example. Their reputation precedes them, and subrogating non-standard claims is an art unto itself, requiring both dedication and an investment of time and energy. Most auto claims are small, so it only makes good business sense to focus considerable time and effort in successfully subrogating these claims. Paying somebody less to do less with these claims is not the answer. What they need is a subrogation law firm who will give each of them the attention and dedication they require.

More than anything, however, the approach to handling small subrogation files must be underscored by the philosophy that the small cases must be given as much respect, attention, and hard work as the big cases. As subrogation counsel to over 250 insurance companies, claims administrators, TPA’s, logistics companies and self-insured fleet managers, MWL strongly adheres to a simple truth which speaks to the type of subrogation vendor you must entrust your small auto cases to: “If you’re too big to do the small things, you’re too small to do the big things.”

Sending small claims to vendors who will do no more than send a dozen identically vague demand letters is tantamount to sentencing them to death by a thousand cuts. Our industry is witnessing a new generation of opportunistic subrogation and claims vendors who have experienced firsthand the cost-conscious insurance industry’s mysterious attraction to low rates. They have had great success by offering contingent fee rates too good to be true. Idioms which have weathered the test of time usually have a basis in fact and the pejorative phrase “built by the lowest bidder” is no exception. The lowest contingent fees guarantee that many files will be settled for less than their true value and that larger files that should see the inside of a courtroom in order to get top dollar never will. Like insurance catnip, however, the low contingent fees serve up the mirage of fee containment while simultaneously devaluing an entire book of business. The only winner here is the short-lived vendor, who profits by selling short the wheat and leaving the client with the devalued chaff.

Gary Wickert is the author of Automobile Insurance Subrogation In All 50 States, published by Juris Publishing, Inc. in New York. Please contact Gary Wickert if you have any questions about your auto or fleet subrogation program. He can be reached at [email protected].