Sometimes You Need More Than A Handshake: Documenting Waivers of Workers’ Compensation Subrogation Liens and Credits 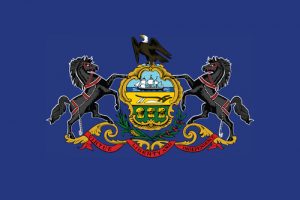 A recent Pennsylvania federal court decision reminds us all that when settling third-party cases that involve workers’ compensation subrogation interests, it is vitally important to understand all of the steps which are necessary to fully document and enforce any settlement agreement that involves a waiver or termination of any future workers’ compensation benefits. The decision in Zavodnick, Zavodnick, & Lasky, LLC v. Nat’l Liab. & Fire Ins. Co., 2019 WL 1003157 (E.D. Pa. 2019) reinforces the importance of fully documenting all settlement and recovery agreements and/or waivers is even more important when, as is often the case, the third-party litigation is pending in one state and the workers’ compensation benefits are paid under the laws of another state.

In July 2013, Kenneth Ayers was seriously injured on a construction site in Pennsylvania. Ayers received Delaware workers’ compensation benefits and hired Pennsylvania personal injury lawyer Todd Lasky to file a third-party suit in Pennsylvania. The homeowner and general contractor defendants offered $350,000 to settle the case and Lasky called Alfred Myers, a claims adjuster for Donegal Insurance Group (the workers’ compensation carrier) and proposed that Donegal Insurance accept one-third of its $229,184 lien and waive its right to a future credit. Myers said the proposal sounded reasonable, but he needed approval from his superiors. Ayers’ workers’ compensation attorney advised Lasky that all he had to do under Delaware workers’ compensation law to document the waiver of the future credit was a confirming letter with the carrier. This was followed by an e-mail in which Lasky was advised “[i]f you have negotiated different terms directly with the workers’ compensation carrier I cannot take any position on the validity or enforceability of the arrangement as I was not party to, nor involved in the settlement.” The next day Myers spoke with Lasky and accepted the proposal on behalf of Donegal Insurance. Lasky requested that Myers send him a confirming letter to that effect. On April 18, 2016, without Lasky having received the confirmation letter from Myers, Mr. and Mrs. Ayers executed a general release of their claims in the personal injury action, and Lasky informed the district court that the parties “had everything worked out.” Under the terms of the settlement, Ayers’ net recovery of the $350,000 settlement would be approximately $153,000 (after costs and attorneys’ fees and paying $76,278.92 to Donegal Insurance to satisfy its lien. The case was dismissed.

After the dismissal, Myers and Donegal Insurance tried to renege on the agreement, advising that their understanding had been that Donegal Insurance would get one-third of the gross settlement proceeds (approximately $117,000). However, they agreed to accept the $76,278.92 and confirmed it in an e-mail which said it was in “full satisfaction of the workers’ compensation lien.” It didn’t mention waiver of the credit. Thereafter, Donegal Insurance applied with the Industrial Accident Board to credit Ayers’ future benefits in an amount equal to Ayers’ $153,000 net recovery. This motion was granted. When Ayers attempted to claim more benefits, they were denied, and he filed a legal malpractice action against his attorney, Lasky. The malpractice case primarily involved whether Lasky and his firm revealed the potential of malpractice liability arising out of this set of facts, but the point is also made that when settling workers’ compensation claims, much care should be taken to fully document any agreement that includes a reduction or waiver of a past lien or a future credit.

Not only must care be taken in drafting settlement agreements, releases, and other settlement documents, but many states have specific procedural requirements which are necessary in order to properly document and obtain Commission approval of such agreements that affect the employee’s right to future benefits. A typical mistake we see repeatedly made is sloppy wording when memorializing a subrogation settlement agreement between the carrier and plaintiff during mediation or prior to trial. A simple “Carrier agrees to accept $50,000 in satisfaction of its $150,000 workers’ compensation lien” may seem sufficient, but it isn’t. It is lacking in two important ways: (1) it doesn’t address the future credit (which should concern the plaintiff), and (2) it doesn’t address what happens with all the bills that come in during the time period the parties wait for the settlement to be funded. Sometimes court approval of a settlement is necessary when an estate administration is involved. This can delay a settlement by several weeks or even months. During that time period, hundreds of thousands of dollars in medical bills and indemnity benefits owed could come across the desk of the claim’s adjuster, who is ill-advised to ignore them if there is no future credit because the funding of the third-party settlement is being dragged out. We have even seen cases where employees’ attorneys advise their clients to seek treatment and have procedures done during the Purgatory period while funding is being delayed. When faced with bad faith threats for failure to pay benefits, most carriers relent and simply pay. Such an oversight can completely eliminate a successful subrogation recovery. Any settlement agreement should specify what happens with pending and future medical bills and/or indemnity benefits during the time it takes for the employee to pocket his or her settlement.

More importantly, many states require Commission approval in order to document a future credit. In most states, when an injured worker or deceased worker’s representatives file a third-party lawsuit against a responsible tortfeasor and a recovery, the workers’ compensation carrier has certain rights of recovery and/or reimbursement, together with a right to credit its obligation to pay future workers’ compensation benefits based on the amount of the claimant’s third-party net recovery, or some formula set forth by state law. Plaintiffs’ lawyers continue to throw every obstacle in the paths of subrogating carriers, seeking to diminish or eliminate altogether your right of recovery. Opportunities for them to succeed in this area abound for the unwary and napping subrogor. Where they fail in eliminating your lien, plaintiffs’ lawyers are now focusing heavily on seeing to it that, despite a large third-party recovery and your right to a future credit, you are obligated to continue making significant benefit payments years into the future. Their biggest successes in this area come when carriers assume that simply because there is a recovery, they can stop making benefit payments. Unfortunately, most states have certain requirements and legal hoops which must be jumped through before a carrier has a legitimate and uncontestable right to stop making benefit payments and take down a large reserve.

Our book entitled “Workers’ Compensation Subrogation In All 50 States” (www.jurispub.com) remains a necessary treatise on the nuts and bolts of workers’ compensation subrogation, including the details and many varieties of future credits applied by 51 different jurisdictions and bodies of law around the country. While that book remains the best source for understanding the law surrounding the application of credits, including the various formulas applied by each state, MWL had created a chart intended to supplement that book with regard to the details of documenting your future credit with the appropriate Industrial Accident Board, Workers’ Compensation Division, or applicable state agency. That chart can be found HERE. A brief overview of future credit law in each state is presented, followed by a review of the appropriate form filings and documentation of applicable credits in each of the 50 states and the District of Columbia.