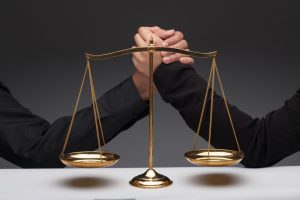 One year ago, the Arizona Court of Appeals announced that A.R.S. § 23-1023 was not a statute of limitations under Arizona law, with regard to the requirement that an employee must file a third-party action within the first year after an accident or obtain a “reassignment” from the employer to do so in the second year. Jackson v. Eagle KMC, LLC, 418 P.3d 997 (Ariz. App. 2018)(opinion vacated, Jackson v. Eagle KMC, LLC, 2019 WL 73631 (Ariz. 2019)). On January 2, 2019, the Arizona Supreme Court vacated that decision, announcing that the automatic assignment provision contained in A.R.S. § 23-1023 does not apply when workers’ compensation benefits are paid under the workers’ compensation laws of another state. Jackson v. Eagle KMC, LLC, 2019 WL 73631 (Ariz. 2019). The Supreme Court confirmed that the law of the foreign state under which benefits were paid determines the subrogation and assignment rights of both the employer and the employee.

In Jackson v. Eagle KMC, LLC, Stephanie Jackson was a truck driver for Drivers Management, LLC (DM). The employer hired Eagle KMC, LLC, a training company, to train Jackson to drive a semi-tractor trailer. Jackson was seriously injured when the trainer lost control of the semi during training. Jackson filed a workers’ compensation claim in Nebraska, as required by her employment contract. The employer was self-insured for workers’ compensation and paid Nebraska workers’ compensation benefits to or on behalf of Jackson. A few days before the Arizona two-year statute of limitations expired, Jackson filed a third-party suit in Arizona against Eagle KMC, who promptly filed for summary judgment. Its argument was that the employee’s claim was barred by A.R.S. § 23-1023(B), which provided for an automatic assignment of the third-party cause of action in Arizona after one (1) year. The trial court granted summary judgment to the training company, finding the employee’s claim was time-barred by A.R.S. § 23-1023(B) because Jackson failed to file her third-party action within one year and the employer had not reassigned the claim to the employee. Jackson appealed. 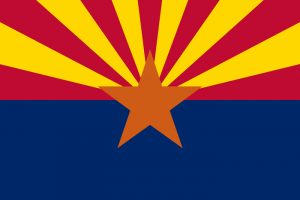 The Arizona Court of Appeals reversed and remanded, allowing the suit to go forward. It held that A.R.S. § 23-1023(B) did not apply to Jackson’s claim because her “workers’ compensation benefits were adjudicated and paid in Nebraska,” and, therefore, the law of Nebraska “governs subrogation, lien, and assignment rights in this action.” The Court of Appeals rejected the contention that A.R.S. § 23-1023(B) is a statute of limitations and held instead that it is part of a statutory scheme designed to require tortfeasors to pay damages, to make injured employees whole, and to reimburse employers and insurance carriers for their contributions without permitting a double recovery. The Court of Appeals held that when compensation has been paid, the law of the state of compensation governs third-party actions. Because the employee’s workers’ compensation claim had been adjudicated and paid in Nebraska, Nebraska law rather than Arizona law governed subrogation, lien, and assignment rights.

The defendant appealed to the Arizona Supreme Court, which held that pursuant to Quiles v. Heflin Steel Supply Co., 699 P.2d 1304 (Ariz. App. 1985), the law of the state of compensation should govern in third-party actions including the nature and extent of lien subrogation, and assignment rights. Therefore, under Nebraska law, the third-party case was not barred and could go forward. It added that A.R.S. § 23-904(C), governs only the recovery of Arizona workers’ compensation benefits when injured in another state, did not overrule Quiles, and was not relevant to the choice-of-law issue. It simply didn’t apply to third-party claims. The Supreme Court approved Quiles and held that because Jackson received workers’ compensation benefits in Nebraska, that state’s law regarding assignment applied to her third-party claims.