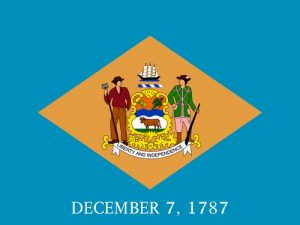 The Delaware Supreme Court proved me right recently. On March 19, 2013, the Court examined sloppy amendments the Delaware Legislature made to § 2363 back in 1993 and formally announced for the first time that a workers’ compensation carrier is not subrogated to uninsured/underinsured motorists (UM/UIM) benefits, regardless of whether or not the UM/UIM policy insures the employee or employer. I have long advocated that one of the biggest problems we experience in our state Legislatures is the sloppy drafting of laws by inexperienced non-lawyers who do not think about the ramifications of the words they use. The 1993 amendments are a prime example.

In an action to enforce the liability of a third party, the plaintiff may recover any amount which the employee or the employee’s dependents or personal representative would be entitled to recover in an action in tort. Any recovery against the third party for damages resulting from personal injuries or death only, after deducting expenses of recovery, shall first reimburse the employer or its workers’ compensation insurance carrier for any amounts paid or payable under the Workers’ Compensation Act to the date of recovery, and the balance shall forthwith be paid to the employee or the employee’s dependents or personal representative and shall be treated as an advance payment by the employer on account of any future payment of compensation benefits, except that for items of expense which are precluded from being introduced into evidence at trial by § 2118 of Title 21, reimbursement shall be had only from the third party liability insurer and shall be limited to the maximum amounts of the third party’s liability insurance coverage available for the injured party, after the injured party’s claim has been settled or otherwise resolved.

Soon thereafter, the Supreme Court issued an opinion which in a footnote following the opinion stated, “We note that the General Assembly has eliminated the ability of an employer’s workmen’s compensation carrier to assert a priority lien against an injured employee’s right to payment pursuant to the employer’s uninsured motorist coverage.” However, the comment was considered “dicta” and not binding, as it was tangential to the primary opinion. It took 18 years for the Supreme Court to again have the opportunity to comment on the 1993 amendments.

If you should have any questions regarding this article or subrogation in general, please contact Gary Wickert at [email protected].