California remains a state in which it is necessary to engage subrogation counsel to protect workers’ compensation subrogation liens. The negligence of an employee in a third-party action reduces the gross recovery of the employee, but it does not reduce the employer/carrier’s right of reimbursement or subrogation interest. Kemerer v. Challenge Milk Co., (1980) 105 Cal. App.3d 334 (holding that worker’s negligence could not be imputed to her employer). Nevertheless, if the third-party tortfeasor alleges that employer negligence was the direct and proximate cause of the employee’s injury, the carrier/employer’s reimbursement and credit right may be reduced or completely wiped out. This is known as the “Witt v. Jackson defense” after the California Supreme Court’s decision in Witt v. Jackson (1961) 366 P.2d 641.

When employer negligence is alleged in the third-party suit, the employee may settle around an employer’s lien claim, claiming only non-economic damages and leaving the workers’ compensation carrier’s lien and remaining claim against the defendant intact. However, unless the carrier is represented by subrogation counsel and said counsel had been very active in and very familiar with the liability facts and evidence in the case, the carrier will be ill-prepared to try the case on short notice and this effectively destroys the subrogation interest. It is an effective tactic which is frequently used when the parties to the suit smell weakness on the part of the workers’ compensation carrier.

Plaintiff agrees to fully satisfy and obtain the release of, and indemnify, defend and hold harmless Defendants from, any lien, claim, loss, demand or cause of action, by any parties, agencies, insurers (including but not limited to medical insurers and workers’ compensation insurers), governmental entities, or others claiming to have suffered damage, loss or expense by reason of the matters at issue in the pending lawsuit …

As part of the settlement agreement and as an added incentive to convince the defendant to enter into a settlement which leaves it exposed to the yet remaining workers’ compensation carrier’s subrogation cause of action, the plaintiff’s attorneys will agree to substitute in for the defendant’s lawyers, thereby allowing the defendants to completely wash their hands of the pending suit. That is what happened in Moreci v. Scaffold Solutions, Inc., a case which is all about destroying the ability of plaintiff’s counsel to take over the handling of the defense as the compensation carrier’s case continues forward. If the defendant had to continue to defend the subrogation action and incur costs, such “Witt v. Jackson” settlements might become a thing of the past.

In June of 2015, Vince Moreci was injured when he fell down a flight of stairs with uneven risers at a construction project in which Fulton Street Construction was the general contractor. Fulton subcontracted with Stockham Construction, Inc. (Stockham) to install exterior framing for the project. Stockham, in turn, subcontracted with Scaffold to construct sets of temporary scaffolding stairs for the project. Starstone National Insurance Company was the workers’ compensation carrier for Moreci’s employer and paid Moreci $236,945.97 in benefits. Moreci settled the case against Fulton Street and in his release agreed to “fully satisfy and obtain the release of, and indemnify, defend, and hold harmless” the defendants from Starstone’s workers’ compensation lien. Scaffold’s attorneys associated plaintiff’s counsel and argued contributory negligence by Moreci’s employer, while filing an answer to Starstone’s intervention.

Starstone then filed a motion to disqualify all of Scaffold’s attorneys of record, arguing that plaintiff’s counsel “switched sides” in the same lawsuit, by “alleging fault and liability against Scaffold to obtain settlement” and then, once Starstone filed its intervention, aligning themselves with Scaffold to use “intimate case knowledge and possibly privileged information” gained by counsel in an “attempt to defeat Starstone’s subrogation claim, and keep a double recovery. Starstone alleged that counsel’s switching sides has “infected the litigation” which gave it standing as a non-client, pursuant to Colyer v. Smith, (Cal. Dist. Ct. 1999) 50 F.Supp.2d 966. Starstone argued it had standing because its reimbursement right constitutes “a clear, concrete and particularized interest” that would be invaded by plaintiff’s counsel’s continued participation in the lawsuit.

Colyer addressed the question of when a party has standing to move to disqualify opposing counsel based on that counsel’s breach of its duties of loyalty and confidentiality to a third party. The court noted standing to bring a disqualification motion in federal court that is based on a conflict of interest ordinarily is limited to clients or former clients. However, Colyer recognized a minority view that a non-client might have standing to bring a disqualification motion, provided it establishes a ‘personal stake’ in the motion to disqualify opposing counsel that is sufficient to satisfy the standing requirements of article III of the United States Constitution. Usually, only the former or current client of an attorney will have such a stake in a conflict-of-interest dispute. But, where the ethical breach is “manifest and glaring” and so “infects the litigation in which disqualification is sought that it impacts the moving party’s interest in a just and lawful determination of [his or] her claims’ [citation], a non-client might meet the standing requirements to bring a motion to disqualify based upon a third-party conflict of interest or other ethical violation.” Colyer, 50 F.Supp.2d at pp. 971–972. After articulating this view, the Colyer court, however, did not invoke the minority rule.

In Moreci, the trial court denied Starstone’s motion to disqualify plaintiff’s counsel for lack of standing. The trial court explained Starstone had failed to show it had an attorney-client relationship with Scaffold’s attorneys. It further found Starstone had no standing even under the “minority view” recognized in Colyer and cited by Starstone, because Starstone failed to show an “invasion of a legally protected interest which is (a) concrete and particularized, and (b) actual or imminent, not conjectural or hypothetical.” At most, Starstone alleged a mere generalized interest in “the court’s obligation to ensure the fair administration of justice,” an interest insufficient “to give a non-client standing.” Starstone appealed.

The Court of Appeals affirmed the trial court’s refusal to disqualify plaintiff’s counsel, confirming that, because Starstone was not one of the two clients who would end up being represented by plaintiff’s counsel (i.e., first Moreci and then Scaffold), it did not have standing to object. A “standing” requirement is implicit in any disqualification motion. A party moving to disqualify counsel must have a legally cognizable interest that would be harmed by the attorney’s conflict of interest. Courts have found an attorney-client relationship between the complaining party and the attorney sought to be disqualified is a prerequisite to seeking disqualification. Strasbourger Pearson Tulcin Wolff Inc. v. Wiz Technology, Inc., (1999) 69 Cal.App.4th 1399. In other words, an attorney-client relationship must have existed before disqualification is proper, and because Starstone had never been represented by plaintiff’s counsel, there was no standing to disqualify him. 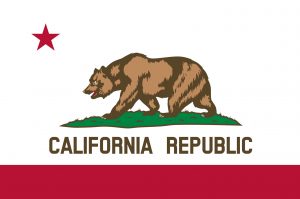 Other California courts, however, have slightly broadened the scope of that general rule, holding that a non-client may bring a disqualification motion based on an attorney’s breach of a duty of confidentiality owed to the non-client. DCH Health Services Corp. v. Waite, (2002) 95 Cal.App.4th 829 (standing arises from a breach of the duty of confidentiality owed to the complaining party, regardless of whether a lawyer-client relationship existed). For years, California courts have subscribed to the Colyer “minority” view regarding standing to bring a disqualification motion, but in Moreci the Court of Appeals held there was insufficient authority to characterize standing by a non-party movant in a disqualification motion even under the “minority view.” Only a current client or former client could object to an allegedly adverse representation.

The Colyer minority view is that a non-client might have standing to bring a disqualification motion when plaintiff’s counsel suddenly “shifts sides,” provided it establishes a “personal stake” in the motion that is sufficient to satisfy the standing requirements of Article III of the United States Constitution. Usually, only the former or current client will have such a stake in a conflict-of-interest dispute.

However, where the ethical breach is “manifest and glaring” and so “infects the litigation in which disqualification is sought that it impacts the moving party’s interest in a just and lawful determination of [his or] her claims’ [citation], a non-client might meet the standing requirements to bring a motion to disqualify based upon a third-party conflict of interest or other ethical violation.” Colyer, 50 F.Supp.2d at pp. 971–972.

The Moreci case is significant because it showcases the need for subrogation counsel in any California workers’ compensation subrogation claim worthy of protection. Not having subrogation counsel involved in pending litigation is a huge red flare drawing attention to the fact that all the parties have to do is settle around the carrier and there will be nobody ready, willing, or able to pick up the prosecution of the case.