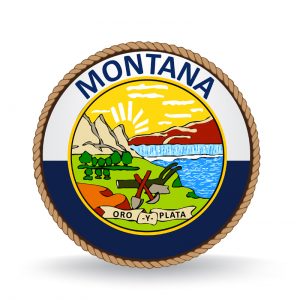 A favorite quote of mine from the 2001 Jerry Zucker movie “Rat Race” goes like this: “Good things take time; but great things happen all at once.” Most of the time, laws change at a glacial pace. Where there is a provision of law that most people believe should be changed, it usually takes years of the legislative process to nibble away at the law and enact those changes over time. However, sometimes the law changes in a big way and surprises everyone. That is what happened in Montana this year. On April 30, 2021, the Montana legislature passed Senate Bill 251, which fundamentally changed the way that compensatory damages are calculated in personal injury actions, bucking years of settled precedent in the process. In doing so, they provided insurers with a new mechanism to subrogate against a claimant’s third-party settlement or award and recover the benefits paid. However, they also made recovery of a party’s subrogation interest more challenging without engaging subrogation counsel to take affirmative legal action.

Generally, in order to recover damages for past medical expenses in a personal injury lawsuit, a plaintiff must present evidence and prove the medical expenses incurred were both “reasonable” and “necessary.” For more than 100 years, this simple formula was the least complicated aspect of a plaintiff’s personal injury case. To get medical bills into evidence and recover them as an element of damage, plaintiffs simply needed to prove:

For many years, the law in every jurisdiction allowed plaintiffs to recover the “reasonable value” of the medical services incurred. Defendants began objecting to the “reasonable value” of medical bills which were actually paid at a heavily-discounted rate by a health plan, insurance company, or workers’ compensation carrier – claiming that such medical expenses are neither “reasonable” nor “incurred” by the plaintiff. Defendants argued the bills were not actually “incurred” by the plaintiff because they were paid by a collateral source (e.g., private health insurance, state Medicaid, Medicare, workers’ compensation, governmental assistance programs, etc.). A “collateral source” is benefits received by the plaintiff from a source wholly independent of and collateral to the wrongdoer. The defendants argue that the medical bills are not “reasonable” because they were reduced or written off by the insurance provider, who accepted insurance payments; thus, defendants argued that the injured plaintiff’s reasonable medical expenses and damages should be limited to the discounted sums “actually paid” by the insurer and proof of the full medical charges that were billed (either written-off or paid by insurance) should be excluded. Proving the reasonable value of medical services has become both controversial and confusing; and every state has gone its own way in dealing with the issue.

Montana’s prior law stated that “[e]very person who suffers detriment from the unlawful act or omission of another may recover from the person in fault a compensation therefor in money, which is called damages.” M.C.A. § 27-1-202. This language provided plaintiffs with the ability to recover the “reasonable value” of their medical expenses, regardless of whether the plaintiff is privately insured. This allowed plaintiffs to recover the full, undiscounted medical costs resulting from the tortfeasors actions. The only limitation to a plaintiffs’ ability to seek these damages under the Montana Code was M.C.A. § 27-1-203: “[d]amages must in all cases be reasonable, and where an obligation of any kind appears to create a right to unconscionable and grossly oppressive damages contrary to substantial justice, no more than reasonable damages can be recovered.” The courts, reading these statutes, did little to reign in compensatory awards unless they were shocking to the conscience.

SB 251 also abrogates the traditional common law Collateral Source Rule recognized by case law and statute in Montana since the original Constitution was accepted by the people in 1889. Generally speaking, the common law Collateral Source Rule prevents a tortfeasor from introducing evidence of and/or reducing his liability to plaintiff by amount of collateral sources received by plaintiff. However, the new law now instructs the jury to determine its award for the reasonable value of medical services or treatment “without consideration of any charges for medical services or treatment that were included on health care providers’ bills but resolved by way of contractual discount, price reduction, disallowance, gift, write-off, or otherwise not paid.” M.C.A. § 27-1-308(3). In fact, “[i]f prior to trial a defendant, a defendant’s insurer or authorized representative, or any combination of the three, pays any part of the financial obligation for medical services or treatment provided to the plaintiff, then prior to the entry of judgment the court shall reduce the sum awarded to the plaintiff at trial by the amount of the payment or other collateral source as defined in 27-1-307(1).” M.C.A. § 27-1-308(4). By requiring the jury and court to take into account and reduce awards by payments from an insurer or defendant, the Montana legislature upended a common law rule that had been in place for more than 130 years.

The 2021 law also provides a new avenue of recovery for parties that paid benefits to a plaintiff who brings a third-party suit. For the first time, Montana recognizes a contractual right to subrogation for previously unrecoverable amounts paid from a collateral source. “Except for subrogation rights specifically granted by state or federal law or provided by contract, there is no right to subrogation for any amount paid or payable to a plaintiff from a collateral source if for an award entered as provided in subsection (2).” M.C.A. § 27-1-308(5) (Emphasis added). The right of contractual subrogation was not one that was recognized or enforceable under Montana law, until this section was amended in SB 251.

The new law now gives us an avenue to recover where the right to recover money spent on benefits is contractual, like those found in occupational accident policies. Prior to this change, the only real way to recover in those instances was to rely upon an action for breach of contract, a time consuming and potentially expensive proposition. This will be a boon to our clients who rely upon contractual subrogation clauses to recover for benefits paid.

However, SB 251 also presents a downside for our clients. By limiting what the plaintiff can recover, the legislature also limited what a subrogor can recover without asserting an affirmative claim in the third-party action. Since juries are limited to awarding amounts to actually satisfy medical charges that have been incurred and owing and payable at the time of trial, the legislature has effectively required for insurers to intervene in every action in order to recover. This is the case whether they have a legal right to subrogation, such as in ERISA or worker’s compensation, or if they have a contractual right of subrogation, such as an occupational accident policy. As a result, all claims for subrogation in third-party cases in Montana should require an intervention to protect the client’s interest.

SB 251 amends §§ 27-1-302, 27-1-302, 27-1-307, and 27-2-308, and fundamentally changes the way that damages are calculated in Montana tort cases. It has also provided for a new mechanism to recover contractual subrogation interests in those third-party cases. It also provides subrogation counsel with an important role when it comes time for the plaintiff to prove medical expenses. The carrier can easily contribute to the development of the third-party case by preparing a spreadsheet showing (1) the amount of medical expenses billed, (2) the discounted amount paid, and providing it to plaintiff’s counsel to aid him or her in the development of the underlying personal injury case.

At the same time, the new law has also made recovery of subrogation interests in third-party cases more challenging for those who have paid benefits to a plaintiff in those cases. Since this is a new law, there will be more unintended consequences that arise in its implementation, but MWL is prepared to navigate these consequences as they arise. For a chart depicting the laws in all 50 states on this issue, see HERE. For questions regarding subrogation in Louisiana, Montana, and Washington contact Nick Zotti at [email protected].