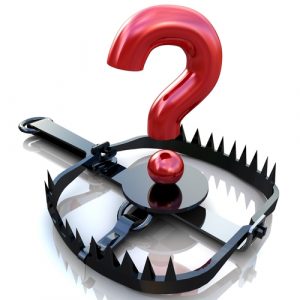 Quite frequently, a CDA contains language which says that “all matters regarding a claim” are resolved and disposed of. Section 656.236(1)(a) provides, in part, as follows:

(1)(a) The parties to a claim, by agreement, may make such disposition of any or all matters regarding a claim, except for medical services, as the parties consider reasonable, subject to such terms and conditions as the Workers’ Compensation Board may prescribe. For the purposes of this section, “matters regarding a claim” includes the disposition of a beneficiary’s independent claim for compensation under this chapter. Unless otherwise specified, a disposition resolves all matters and all rights to compensation, attorney fees and penalties potentially arising out of claims, except medical services, regardless of the conditions stated in the agreement. Each disposition shall be filed with the board for approval by the Administrative Law Judge who mediated the agreement or by the board. If the worker is not represented by an attorney, the worker may, at the worker’s request, personally appear before the board. Submission of a disposition shall stay all other proceedings and payment obligations, except for medical services, on that claim. O.R.S. § 656.236(1)(a).

A CDA must specifically identify which benefits are released and must inform the employee about the effect and meaning of a CDA. There is a 30-day cooling off period which the employee can take advantage of. The executed CDA is sent to the Workers’ Compensation Board or the ALJ who mediated the CDA for approval. It cannot be approved for 30 days, unless the employee is represented by an attorney and the 30-day cooling off period is waived. The majority of CDAs involved claims in which there has already been litigation or disputes over allowing the claim.

Unfortunately, attorneys for employees have been successful in arguing that where a CDA is entered into, and the CDA does not specifically preserve the carrier’s statutory right of subrogation, this right is extinguished. The Oregon Supreme Court has interpreted this statute to mean that if a CDA is entered into and the statutory subrogation lien is not specifically preserved in the agreement, it is extinguished. Rash v. McKinstry Co., 20 P.3d 197 (Or. 2001).

In Rash v. McKinstry Company, Rash was injured while working and received $124,716.73 in workers’ compensation benefits from Liberty Northwest Insurance Corporation, the worker’s compensation carrier. After Rash filed a third-party tort action against the responsible party, he settled his workers’ compensation claim via a CDA. The CDA contained the usual language found in such settlement agreements but did not contain any language preserving Liberty Northwest’s statutory right to reimbursement from the tort action. Rash settled his tort case with the third party for $400,000 and Liberty Northwest asserts its subrogation lien. Rash argued that Liberty Northwest had waived its subrogation rights by not preserving them in the CDA. The Workers’ Compensation Board disagreed, and logically concluded that in the absence of an express waiver in the CDA of the carrier’s lien, there was no intent to waive it. On appeal to the Oregon Court of Appeals, the carrier again logically argued that the only rights being waived in the CDA are those of the employee. However, Rash argued that an amendment to § 656.236(1)(a) in 1995 required the workers’ compensation carrier to specifically reserve its lien in the CDA in order to avoid waiving the lien. The Court of Appeals sided with the carrier and held there was no specific waiver.

On appeal to the Oregon Supreme Court, the court interpreted the underlined portion of the statute above which appears to say that the CDA “resolves all matters and all rights to compensation.” Concluding that this language is “ambiguous”, the court looked at the words “all matters regarding a claim” as including the carrier’s statutory right to reimbursement. Following some tortured linguistical gymnastics, the court ruled that Liberty Northwest’s $124,718.73 workers’ compensation lien had effectively been extinguished by the CDA.

The irony of this questionable decision is that Oregon Workers’ Compensation Division website and Claim Disposition Agreement Informational Brochures it publishes indicates that the CDA “must identify released benefits.” It says:

The CDA must tell you exactly what benefits are being released. This helps you compare the benefits you could normally expect to receive for your claim with the dollar amount being offered you.

It appears that the converse is not true; and the CDA does not have to specifically set forth what the carrier is waiving; even where it is unspoken. Claims and subrogation professionals alike must be alert to the inadvertent waiver of important subrogation and lien rights when settling a workers’ compensation claim in Oregon.

It is recommended that the following language be included in any CDA entered into in Oregon, where there is third-party subrogation potential:

The parties expressly agree that the insurer/employer preserves its rights to the following: third party rights under this claim, including the entitlement to recovery of its statutory third-party lien pursuant to ORS 656.576 through ORS 656.596, if any; recovery and recoupment of benefits, offsets, or overpaid compensation; its civil remedies, administrative remedies and/or any other remedies, including for recovery of benefits paid due to fraud or misrepresentation.

Given that subrogation isn’t always on the front burner as it should be, this language is recommended even where subrogation isn’t apparent. Quite often, carriers are alerted to subrogation potential when they receive notice that a third-party lawsuit has been filed by the employee. In Oregon, it seems, an ounce of prevention is worth far more than a pound of cure; especially when there is no cure. For questions regarding subrogation of workers’ compensation benefits in Oregon, please contact Katherine Sandoval at ksandoval@mwl-law.com.