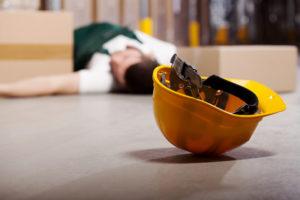 Recovery in Special Arbitration is ideal when: [a] third party tortfeasor is denying your lien; the claimant will not be pursuing the bodily injury claim and recovery is allowed by state law; the workers’ compensation benefits that were paid are relatively low and it isn’t cost-effective to pursue through third party litigation; the foreign state provides for an independent right of recovery; or the claimant acknowledges that he is not represented and will not be pursuing a third party action. Recovery in Special Arbitration for workers’ compensation may be problematic when: the claimant is represented by counsel and either pursuing or planning to pursue a third party action, depending on the state you are in; the claimant is pursuing an injury claim and by state law your lien is subject to that recovery; the foreign state does not provide for an independent right of recovery for the workers’ compensation carrier; the time period in which a carrier has to initiate a third party action has expired and the right to file now belongs to the claimant; or the future credit concerns overshadow the carrier’s interest in recovery of its lien.

Workers’ compensation subrogation involves both the recovery of past benefits paid (past lien) as well as obtaining a future credit toward future benefits to be paid to or on behalf of the employee. When a future credit is desired, or further workers’ compensation benefits might be incurred and the statute of limitations is about to run, the Arb Forums’ website recommends filing in Special Arbitration to toll the statute and requesting a deferment based on the justification that the amount of the contribution sought is not yet finalized. It also indicates the possibility of filing for supplemental damages after a decision has been rendered, “if supplemental benefits are paid for the same injury after the original filing.” It states that the original decision is res judicata on the issue of liability and the sole issue in the subsequent filing is causation and damages.

Recognizing the cost savings of filing arbitration has always been simple to understand. Recognizing and understanding the laws, rules, and potential obstacles and pitfalls to arbitrating workers’ compensation liens has not been. The ability to arbitrate workers’ compensation subrogation has been around a long time, but even today its benefits have not been fully explored by the industry. There are more small workers’ compensation claims than large ones, and this means that millions of subrogation dollars are left on the table because they are not cost-effective to pursue. If the workers’ compensation carrier and third-party carrier (or self-insured defendant) are members of Special Arbitration, the workers’ compensation carrier may be able to quickly, efficiently, and cost-effectively subrogate against the third-party tortfeasor without having to file suit and without the needless hassle of fielding negotiations with a plaintiff’s attorney. Article First (Compulsory Provisions) of the Special Rules and Regulations (revised January 3, 2006) states:

Upon settlement of a claim or suit, signatory companies must submit any unresolved disputes to Arbitration Forums, Incorporated (herein after referred to as AF) where:

This establishes that a workers’ compensation carrier is able to utilize arbitration for recovery for the benefits it has been called upon to pay as a result of injuries caused by the negligence of third parties, subject to the intricacies and limitations of the applicable state’s workers’ compensation subrogation laws and regulations of the applicable state. Arbitration Forums’ agreements are binding and any dispute that falls within the scope of that agreement is eligible for submission to arbitration. The language above allows for recovery of “benefits” and does not include damages that will be sought by the injured worker. However, subrogation of workers’ compensation benefits will still vary from state to state and your recovery options in arbitration are limited to those specific state statutes. Filing for arbitration does not necessarily relieve you of the obstacles of local law or a particular state’s laws regarding when, how, and what is legally able to be subrogated for. To make matters worse, legal precedent describing, authorizing, and/or providing for workers’ compensation subrogation claims in Special Arbitration are exceedingly rare. For this reason, it is up to subrogation professionals to either be knowledgeable on state specific issues, or work hand in hand with national recovery counsel to expedite arbitration of even these smaller claims. Nowhere in the subrogation world is the adage “power of knowledge” truer than in arbitrating workers’ compensation subrogation claims. The definition of “settlement” in Article First, above, clarifies that actual settlements are not required for recovery, and any such benefit payments made to or on behalf of an injured worker may be the subject of arbitration. 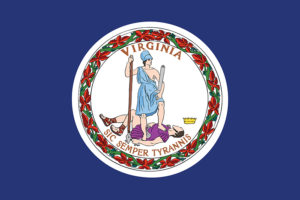 On December 8, 2022, with the stroke of a pen, the Virginia Supreme Court transformed the Old Dominion state from one of the most favorable states for Special Arbitration of workers’ compensation liens to one of the least favorable. Its decision in Hartford Underwriters Ins. Co. v. Allstate Ins. Co., laid the blame squarely at the feet of the Virginia Legislature, which had recently amended its workers’ compensation statute in such a way that it neutered the 2016 Court of Appeals decision in Williams v. Capital Hospice & Companion Prop. & Cas. Ins. Co., 783 S.E.2d 67 (Va. App. 2016). In Williams v. Capital Hospice, the employee was injured in an auto accident while working for Capital Hospice and received $4,060.19 in workers’ compensation benefits from Companion Property & Casualty Insurance Co. Companion filed special arbitration against the third-party’s liability carrier, Victoria Fire & Casualty, and received an arbitration award for its entire lien. Nearly two years later, the employee settled her third-party action for $10,000, and argued that Companion owed her $1,353.40, its pro-rata share of her attorney’s fees and litigation costs. The Court of Appeals held as follows:

In response to the decision in Williams, in 2017 the legislature amended § 65.2-309(E), requiring that any arbitration proceeding regarding an employer’s right of subrogation to an employee’s claim against a third party be limited solely to arbitrating the amount and validity of the employer’s lien and will not affect the employee’s rights in any way. Subsection (E) was amended in 2017 and now reads as follows:

(E) Any arbitration held by the employer in the exercise of such right of subrogation (i) shall be limited solely to arbitrating the amount and validity of the employer’s lien, (ii) shall not affect the employee’s rights in any way, and (iii) shall not be held unless:

(1) Prior to the commencement of such arbitration the employer has provided the injured employee and his attorney, if any, with an itemization of the expenses associated with the lien that is the subject of the arbitration;

(2) Upon receipt of the itemization of the lien, the employee shall have 21 days to provide a written objection to any expenses included in the lien to the employer, and if the employee does not do so any objections to the lien to be arbitrated shall be deemed waived;

The amended subsection now limits the scope of any such arbitration. Specifically, Code § 65.2-309(E) provides that such arbitrations “(i) shall be limited solely to arbitrating the amount and validity of the employer’s lien” and “(ii) shall not affect the employee’s rights in any way[.]” These limitations represent a significant change to the pre-existing statutory scheme. Although the prior version of the statute allowed an employer to utilize intercompany arbitration to satisfy its lien, the current version does not. It permits an employer to utilize arbitration only for the limited purposes enumerated in the statute.

It appears that under the amended statute, the carrier’s ability to arbitrate a third-party claim is severely hampered and limited only to the amount and validity of the lien. The arbitrator can no longer order the third-party carrier to pay the workers’ compensation carrier its lien. Arbitration cannot result in a “verdict or settlement arising from any right to recover damages which the injured employee … may have against any other party for such injury.” Under the new statute, if an employer pursues subrogation through special arbitration, it can pursue only its past lien and prior to filing arbitration must provide the employee with notice and an itemization of the lien it intends to arbitrate. The employee has 21 days to object to any payments included in the lien to be arbitrated. The employer has 14 days to notify the employee of any items it does not agree to remove. Any contested payments not agreed to must be submitted to the Commission for a determination of their validity. Following Hartford Underwriters Ins. Co. v. Allstate, special arbitration can only be used when there are disputes over the amount of the lien and items contained in it.