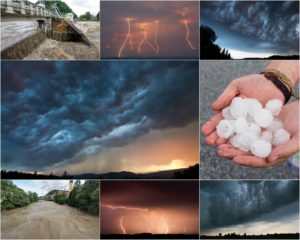 Ranking natural disasters tends to be somewhat arbitrary. Whether or not a storm which kills three people is worse than one which causes $1 billion in damages is perhaps something that should be left to philosophers and theologians. Ranking the “deadliest” natural disasters would undoubtedly result in a slightly different list. However, in the context of subrogation and with relevance to the insurance industry, for purposes of the following list particular weight is placed on physical property damage, although both loss of property and loss of life affect the insurance industry.

In the U.S., however, the list of the top Ten Worst Natural Disasters In U.S. History (based on a combination of human lives lost and financial damage caused in 2010 dollars) looks something like this:

In the casino-like world of underwriting, insurance companies wager against catastrophic natural disasters big enough to put them into receivership. Insurance is the thin white line that separates us from destitution and anarchy when God sends a hurricane, tornado, flood, wildfire, earthquake, or other natural disaster. Aggressive subrogation practices ensure that insurance companies are not left standing alone when devastation takes place. Damage which could have been prevented but for the negligence of a person or company should be borne by the wrongdoer. That is the function and purpose of subrogation. For information on the investigation of and pursuit of subrogation potential in the aftermath of natural disasters, contact Gary Wickert at gwickert@mwl-law.com.