The Importance Of Clarity In Subrogation Stipulations And Agreements 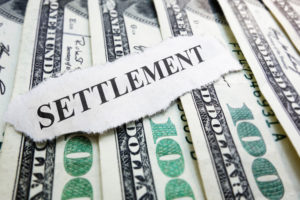 Pulitzer prize winning historian David McCullough once said that “Writing is thinking. To write well is to think clearly. That’s why it is so hard.” When claims adjusters, subrogation professionals, and/or subrogation lawyers document a settlement or stipulation with an insured’s or employee’s attorney regarding a subrogation interest, getting all the right words in the right order is only half of the job. You must clearly understand all of the rights and nuances surrounding the underlying litigation and the subrogation rights you are looking to enforce in order to effectively document a settlement agreement or stipulation that will not be subject to attack. If you are not aware of and thinking about all of the ramifications, options, and variables which are at play, chances are you will wish you had a second bite at drafting that settlement agreement. Far too many learn the hard way.

A federal court in Colorado provides an excellent example of how failure to adhere to the above advice can become an expensive mistake. In Courtney on behalf of Courtney v. Class Transportation, Inc., 2021 WL 4197373 (D. Colo. 2021), a federal judge was presented with a workers’ compensation third-party tort case in which the plaintiff—the wife of an employee who was killed in the course and scope of employment—was disputing a workers’ compensation subrogation lien on a third-party settlement. Plaintiff’s counsel nonetheless sent the workers’ compensation carrier an email which read:

The court held that the term “net proceeds” was defined by plaintiff’s counsel in his written proposal to mean net of plaintiff’s attorney’s fees and case costs. He could have defined “net recovery” or “net proceeds” to be net of his attorney’s fees and case costs plus some other amount—such as any portion of the settlement paid to non-beneficiaries—but he did not. To any extent that it could be argued that plaintiff’s counsel’s language was ambiguous (which the court found was not the case), the court construed the language against plaintiff’s counsel because he was the draftsman of the proposal and was acting as the agent of his client and was acting on her behalf in proposing the settlement.

Similar clarity is necessary in almost every Joint Prosecution Agreement or subrogation stipulation in workers’ compensation subrogation cases. Clarity with regard to whether the numbers proposed are inclusive or exclusive of a spouse’s loss of consortium, can further be reduced by a pro rata share of attorneys’ fees, or whether or not a future credit is contemplated; are all important and potentially very expensive issues which must be nailed down.

It is important to spell out who gets what, and when. If the settlement is funded in five weeks does the workers’ compensation lien continue to grow? Or does a credit automatically kick in such that no future benefits are immediately owed by an employee. Who pays medical bills incurred prior to the settlement but which do not arrive on the claims handler’s desk until just after the settlement? Who is to take into consideration Medicare eligibility and the appropriateness of a special needs trust or a CMS Medicare Set Aside? All of these things must be spelled out with particularity.

If there is to be a future credit who is going to file for same in the Workers’ Compensation Commission? Are the health care providers going to continue to provide medical bills to the workers’ compensation carrier? Or are they going to now bill the employee directly, until the future credit is exhausted? If you are the one drafting the agreement or stipulation, know that any ambiguity will likely not be decided in your favor; so eliminate any ambiguities.

It simply isn’t going to be possible to draft with every possible contingency and issue in mind if you are unaware of every possible contingency and issue. Engage subrogation counsel to assist with the drafting of the agreement and to advise on the nuances of the subrogation laws which define the issues in your case. One thing is certain: if you don’t understand the nuances of the law in detail, your agreement will suffer as a result. As Nikola Tesla once said: If you can’t explain it simply, you simply don’t understand it.

If you should have questions regarding this article or subrogation in general, please contact Gary Wickert at [email protected].