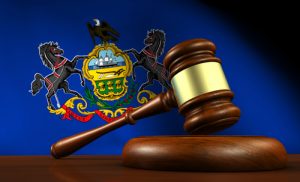 A March 10, 2022, Pennsylvania Superior Court appellate decision underscores why the cost of workers’ compensation insurance for small businesses is the highest in the northeast United States. In Loftus v. Decker, the workers’ compensation carrier (Eastern Alliance) paid $196,093.34 in benefits to Michele Loftus after a motor vehicle accident caused by Katrina Decker.[1] Loftus and her husband filed a praecipe for writ of summons.[2] This technically began the third-party lawsuit. After filing the writ, and because the lien was so large, Loftus threatened not to file a third-party suit if Eastern did not agree to reduce its lien. Eastern refused to agree to this. Instead, in an effort to nudge Loftus to file the complaint, Eastern attempted to protect its statutory right of reimbursement and subrogation by filing an intervention in the pending case.

The trial court denied the intervention because no complaint had technically been filed by the employee. Eastern appealed the decision and the Superior Court “quashed” the appeal because it held that Eastern did not have a “legally enforceable interest” to intervene. Because Eastern did not have a right to file a third-party action independent of the employee, it could not file an “intervention” where no complaint had been filed and could not assert a cause of action in subrogation against Decker. The decision confirmed that Section 319[3] of the Workers’ Compensation Act does not give the carrier any right, directly or indirectly, to take any action against a third-party tortfeasor because Section 319 provides that only the employee can bring or decide to seek damages against the tortfeasor. Simply put, the carrier has no right to seek a recovery, nor can it force an employee to seek recovery to satisfy a workers’ compensation statutory lien.

The Loftus decision doubled down on Liberty Mutual v. Domtar and Hartford v. Kamara, discussed above. A carrier’s subrogation rights against a third-party tortfeasor remain “in the injured employee” unless the injured employee “assigns her cause of action or voluntarily joins the litigation as a party plaintiff or the contractual assignment of her claim.”[4] The Loftus decision also crystalized the rules learned from Kamara and Domtar Paper as follows:

The Superior Court noted that it was obvious that Eastern was attempting to use the guise of intervention to mask that it is impermissibly attempting to “seize” the litigation and independently bring an action to recover its lien. That court held that this artifice was directly contrary to both Domtar and Kamara for the following reasons:

Here, the Superior Court ruled on appeal that the employee exercised her right not to file suit and she controlled the litigation, not the workers’ compensation carrier.

Interestingly, a dissent by Justice Mary Murray noted that because of the employee’s threat not to file suit unless the lien was reduced, intervention was the only way for Eastern to enforce its subrogation rights in “an existing cause of action.” She felt that the appeal was properly before the court and should not have been quashed. The dissent said that there was no question that the intervention was filed during the “pendency” of the action filed by Loftus.

The constant tug of war subrogation professionals witness and struggle with is between employers/small businesses in a state and that state’s trial lawyer lobby. Trial lawyers tirelessly attack subrogation rights because it consumes valuable dollars that could be going to their clients instead of the “rich” insurance companies. But we must remember the history of workers’ compensation subrogation and the purposes it fulfils. In Pennsylvania, the legislative rationale for a workers’ compensation carrier’s statutory right of subrogation is threefold:

Pennsylvania’s courts have underscored that subrogation is just, because the party who caused the injury bears the full burden; the employee recovers his or her damages but does not recover medical expenses and lost wage damages twice. Further, the employer, innocent of negligence, in the end pays nothing. This is the system put in place 107 years ago when Pennsylvania joined other states in creating a system of employee compensation that put the financial burden on the employer despite not having caused the injury. In many ways it is a very un-American, almost socialist, program. But it works because the great social bargain included the fact that the employer is given immunity from suit and is afforded the right to recover the benefits it must pay out if a third party is responsible for causing the employee’s injury. When we thwart the right of the innocent employer (or its subrogated workers’ compensation carrier) to pursue a third-party tortfeasor (subrogation) or be paid back for the unlimited benefits it is forced to pay (reimbursement), the system becomes dysfunctional, workers’ compensation premiums rise, and the cost of doing business in a given state escalates. Sadly, in Pennsylvania, the trial lawyers appear to be running things. To deny the employer the right to “subrogate” (i.e., file suit) against a third-party tortfeasor whose negligence causes an injury is to deny the very mandate of the legislature in Section 319 where they clearly say:

Where the compensable injury is caused in whole or in part by the act or omission of a third party, the employer shall be subrogated to the right of the employee…against such third party to the extent of the compensation payable under this article by the employer.

“Subrogated” means stepping into the shoes the injured employee. Thus, where a third-party’s negligent conduct causes injury to an employee actually engaged in the business of his employer, there is a clear, justifiable right to subrogation under the statute, which until the tortured Domtar and Kamara decisions upheld the employer’s end of the social bargain.

If you should questions regarding this article or subrogation in general, please contact Gary Wickert at gwickert@mwl-law.com.

[2] A praecipe for a Writ of Summons is a document that the plaintiff fills out in order to begin legal action against another party. After the writ is processed and signed by the Clerk of Courts and the sheriff’s office, the defendant will receive the document in the mail. It is an official legal document, “summoning” a person to appear in court. If someone receives a Writ of Summons in Pennsylvania, it means that someone intends to file a formal complaint against them, meaning a lawsuit has begun. Filing a Writ of Summons wis done in the Court of Common Pleas. It is a simple and common way to initiate a lawsuit against another party. After the praecipe for the Writ of Summons is filed, the plaintiff next files a formal complaint in order to continue legal action. The purpose of the writ is to notify the defendant that a complaint is being filed against them, whereas a formal complaint pleads the actual facts and causes of action underlying the action.