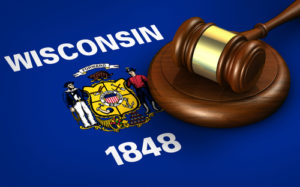 In Bethke v. Auto-Owners Ins. Co., 2013 WI 16 (2013), the plaintiffs sought underinsured motorist (UIM) coverage under a policy issued by Auto-Owners (“Owners”) as a result of an automobile accident caused by an allegedly negligent driver of a rental vehicle owned by Avis Rent-A-Car (“Avis”). Avis, as a car rental company, was statutorily required to pay $50,000 as a result of the accident.

Owners denied the plaintiffs’ UIM claim and asserted that because Avis was a self-insurer, the rental vehicle is not an “underinsured automobile” under the terms of the policy. The plaintiffs, in turn, argued that the term “self-insurer” in the policy was ambiguous as applied to the facts of this case and, furthermore, that excluding UIM coverage under the facts of this case led to an absurd result.

The Court, in a 4-3 split decision, concluded that, as applied, the policy term “self-insurer” is ambiguous because it is unclear whether a reasonable insured would understand that a car rental company which is statutorily liable under Wis. Stat. § 344.51 is a “self-insurer” under the policy. The Court went on to conclude that even if the term “self-insurer” was unambiguous, interpreting it to exclude self-insured rental vehicles from coverage would lead to an absurd result as applied to the facts of this case.

Specifically, on July 19, 2007, Kathryn Bethke was operating a vehicle in an eastbound direction on a county road in the County of Sheboygan, Wisconsin, with her son, Andrew, being a passenger in the vehicle. Frederick Goddard, a resident of the United Kingdom, was driving an Avis rental vehicle in the opposite direction, crossed the center line and struck the Bethke vehicle in a head-on collision. Both Kathryn Bethke and Frederick Goddard were killed as a result of the accident with Andrew Bethke suffering serious injuries as a result. Because Goddard did not have any insurance that provided coverage for the accident, Avis paid the plaintiffs a limited amount because it is a car rental company and it was statutorily liable pursuant to Wis. Stat. § 344.51(1m). After receiving payment from Avis, the Bethkes made a claim for UIM benefits pursuant to the automobile policy issued to Kathryn by Owners. She had purchased coverage in the amount of $500,000 per person and $500,000 per accident with the UIM endorsement form 79326 setting forth the definition for an “underinsured automobile,” but also containing an exclusion that read as follows: “(2) owned or operated by a self-insurer under any automobile law.” Owners denied the plaintiffs’ claim for UIM benefits basing their decision on the fact that because Avis was self-insured, there was no coverage under the subject Owners’ policy.

The Court stated that, in its opinion, UIM coverage provided additional coverage to insured automobile accident victims when a liability party has inadequate means of payment. Further, it stated that UIM coverage, in general, seeks to compensate the victim of an underinsured motorist’s negligence where the third-party’s liability limits are not adequate to fully compensate the victim for his or her injuries.

The plaintiffs argued that the term “self-insurer” as stated in the Owners’ UIM coverage provision is ambiguous because it is unclear what constitutes a “self-insurer” under the policy. The plaintiffs, in addition, argued that a reasonable insured would not understand that a statutorily liable car rental company is a “self-insurer” under the Owners’ policy. The Court, after going through its analysis in determining what a “reasonable insured” would expect of UIM coverage, concluded that a reasonable insured would expect that their UIM coverage would fill in the gap between the statutory liability of a car rental company and their coverage limit absent a clear exclusion limiting coverage. The Court then concluded that the term “self-insurer” is ambiguous due to the facts of this particular case. Furthermore, the Court concluded that even if the policy appeared to clearly and unambiguously exclude the rental vehicle from coverage, they would still be unable to interpret it to exclude UIM coverage under the facts of this case because such a construction would lead to an absurd result. To apply the policy term “self-insurer” to the Avis rental car, in the Court’s opinion, was an unreasonable interpretation and found that the Owners’ insurance policy provided UIM coverage to the plaintiffs.

In a somewhat scathing dissent, Wisconsin Supreme Court’s Chief Justice Shirley Abrahamson indicated that, in her opinion, the exclusion of self-insured vehicles does not function as an impermissible reducing clause and that the policy language excluding “a self-insurer under any automobile law” is not ambiguous. She stated that the plain words of the policy precluded UIM coverage and that, in her opinion, the majority should “stick to reading the insurance policy and the statutes.” Chief Justice Abrahamson stated further, “The result the majority reaches is not consistent with the policy that the plaintiff purchased and that the insurance company issued.”

The overall implications and impact of this case are uncertain. Even though the majority found UIM coverage, that majority consisted of several conservative justices, with the dissent consisting of justices who are typically known to be more liberal in their interpretation of insurance contracts. Accordingly, in the end, even though the analysis conducted by both the majority and minority opinions is interesting to read as it applies to UIM coverage overall, this case may end up being very limited due to the unique facts as set forth in this case.

If you should have any questions regarding this article or insurance litigation in general, please contact Brad Matthiesen at [email protected].