In a line from the History Channel’s television series Vikings, Viking chieftain Ragnar Lothbrok looks down at the village of Kattegat with his son and gives some advice regarding power:

Power is always dangerous. It attracts the worst and corrupts the best. Power is only given to those who are prepared to lower themselves to pick it up. 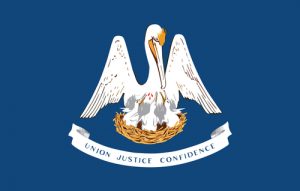 In a classic Louisiana power struggle, the Louisiana Court of Appeals recently chastised the state’s Insurance Commissioner in 2003 for assuming the power to declare that the Made Whole Doctrine would apply to prevent a health insurance plan or policy from successfully subrogating or seeking reimbursement of benefits it has paid, until the plan beneficiary or insured has been “fully compensated” or “made whole.” In a victory for subrogation, the court assumed the mantle of power and held that only the judiciary or the legislature has the power to make such a determination.

The Made Whole Doctrine generally provides that under the common law subrogation principle of equity, an insured is entitled to be fully compensated for its injuries or “made whole” before a subrogated insurer or Plan can exercise its subrogation or reimbursement rights. Louisiana refers to the Made Whole Doctrine as the “Full Compensation Rule” and requires an insured to be fully compensated before an insurer/Plan may exercise its subrogation rights. Like a growing number of states, Louisiana permitted parties to disclaim the Made Whole Doctrine by including overriding contract provisions in a policy. Southern Farm Bureau Cas. Ins. Co. v. Sonnier, 406 So.2d 178 (La. 1981).

On January 1, 2003, the Louisiana Commissioner of Insurance issued Directive Number 175 in support of the Full Compensation Rule stating that Louisiana’s public policy and jurisprudence express that subrogation or reimbursement from third parties on the part of the insurer is subordinate to the insured’s right to be fully compensated for his damages. Office of the Commissioner of Insurance, Directive No. 175; Regulation 78, Effective January 1, 2003. The directive can be read HERE. Directive Number 175 made it clear that the Commissioner would not approve any insurance policies that did not comply with Louisiana’s public policy and jurisprudence (“made whole” and “moody fees”).

Enter the Louisiana Court of Appeals. In Bayham v. State of Louisiana, Through the Office of Group Benefits, 2019 WL 4073410 (La. App. 2019), Lynne Bayham and her adult son were injured in an automobile accident and received $32,252.74 in benefits from her HMO plan through the Louisiana Office of Group Benefits (OGB). After recovering tort damages, the OGB plan asserted its right of subrogation, and Bayham argued that the Made Whole Doctrine prevented the plan from making any recovery until she had been fully compensated for all of her damages. The Plan contained straightforward subrogation language which gave it subrogation rights and an automatic lien on any recovery obtained from liable third parties. The trial court agreed, and Bayham appealed to the Court of Appeals, which affirmed the decision.

The Louisiana Court of Appeals held that policy terms that disclaim the Full Compensation Rule or Made Whole Doctrine are enforceable despite the public opinion of the Louisiana Commissioner of Insurance. Bayham v. State of Louisiana, Through the Office of Group Benefits, supra. The subrogation and reimbursement provision in the OGB plan in Bayham provided in relevant part that, “[t]hese subrogation and reimbursement rights…apply regardless of whether such recovery is designated as payment for, but not limited to, pain and suffering, medical benefits, or other specified damages, even if he is not made whole (i.e., fully compensated for his injuries).” (emphasis added).

The court held that the Commissioner overstepped his bounds because the Commissioner is not the final, definitive arbiter for the interpretation and reconciliation of the Insurance Code and insurance policy language. The court found that the subrogation and reimbursement plan provision clearly stated that OGB is entitled to subrogation and reimbursement of the benefits paid to any person covered by the plan. The court held that with this specific reference to the Make Whole Doctrine, OGB’s intent to be fully reimbursed or subrogated into Bayham’s rights as the injured party was without question.

The court was careful to note that the concepts of reimbursement and subrogation, while similar, are different principles. Subrogation allows the insurer to stand in the shoes of the insured, whereas, with reimbursement, the insurer only has a right of repayment against the insured.

The court further noted that that the Louisiana Supreme Court has recognized that health and accident insurers can readily protect themselves by stipulating reimbursement rights or conventional subrogation in their policy contracts. Martin v. Louisiana Farm Bureau Cas. Ins. Co., 638 So.2d 1067 (La. 1994). Where the policy provides for reimbursement by the insured to the insurer and the insured settles with the third-party tortfeasor, the insurer is entitled to collect from the benefits it paid. Washington Nat. Ins. Co. v. Brown, 654 So.2d 724 (La. App. 1995), writ denied, 661 So.2d 497 (La. 1995).

For years, the publication of Directive Number 175 prevented many insurers from successfully pursuing subrogation and reimbursement claims in Louisiana. As a result of the recent ruling, however, insurers and subrogation professionals should review their policy language to ensure that their plan language is sufficient to overcome the application of the “Made Whole Doctrine” or “Full Compensation Rule.”

If you have any questions regarding subrogation of health plans or insurance policies, please contact James Busenlener at [email protected].