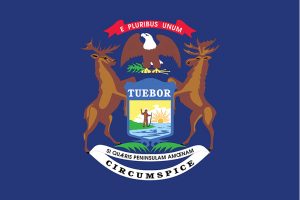 The Michigan Legislature passed no-fault auto insurance laws in 1973 and like a T-Rex guarding its bone, has been holding on to this dysfunctional approach to auto insurance ever since. Instead of running away completely from the problem and joining states which have enjoyed lower auto insurance premiums after abandoning the failed no-fault experiment, Michigan has historically doubled down on their system and made it even more difficult for seriously injured accident victims to receive necessary catastrophic injury coverage. On May 20, 2019, however, Michigan took baby steps toward ridding itself of its dysfunctional and confusing no-fault system. It eliminated core features of the Michigan no-fault law it had in place for nearly 50 years, including doing away with Michigan’s lifetime, unlimited no-fault medical expenses, and giving drivers the choice of opting out of the No-fault Act altogether. At the same time, the new law opens up the tortfeasor’s tort exposure and ensures higher payouts in civil negligence litigation by decreeing that damages that are no longer payable under PIP will be shifted over as an element of damages for the injured person’s tort claim. This historic change in Michigan law presents new potential subrogation opportunities in a state that has otherwise been all but abandoned by subrogation professionals.

On May 20, 2019, Gov. Gretchen Whitmer signed into law SB 1, a massive overhaul of Michigan’s no-fault laws. The signing ceremony took place on Mackinac Island with much pomp and circumstance, and the governor described the changes as “historic.” The historic legislation had a number of flaws, however, and the governor agreed not to submit the new law to the Secretary of State (necessary for it to become law) while she waited for the legislature to return from Mackinac Island to fix the flaws. On June 4, 2019, the legislature passed HB 4397. Governor Whitmer signed it into law on June 11, 2019, and both SB 1 and HB 4397 were sent to the Secretary of State where the Great Seal of Michigan was affixed, they were given their Public Act numbers, and they became law.

As a result of this tortured history, there has been a great deal of confusion as to when the various portions of the bill became or will become effective. Known as HB 4397/SB 1, some of it became effective on May 20, 2019. Other portions became effective June 11, 2019. Much of the bill, however, doesn’t take effect until July 1, 2020.

Ironically, the new legislation was driven by public outcry over the fact that Michigan is the most expensive state in the country for auto insurance. The sad truth is that Michigan has secured its claim to the highest premiums in the country by not running away from no-fault entirely. In essence, the new legislation offers artificial savings by offering less of a bad thing and mandating that insurance companies charge less, no matter how much the coverage costs them. The new bill is also likely to raise liability premiums and chase even more insurance companies out of the Michigan market. SB 1/HB 4397 passed by a slim 61 to 49 margin and makes the following changes:

In other words, there will be a small savings for much less coverage than previous unlimited PIP benefits. (For policies effective after July 1, 2020 and before July 1, 2028).

There is no time limit as to how long the impairment must last to be considered “serious.” This new definition of “serious impairment of body function” is intended to comply with a Supreme Court decision that criticized the old definition.[3] (Eff. 6/11/19).

The last four bullet points above represent new areas of potential subrogation which did not exist under the old law. In situations where a claim languishes for a while, we may now be able to make a claim for benefits which tolls the statute of limitations and extends the period of time for which benefits incurred are recoverable. Under the old law, we were dealing entirely with first-party PIP claims. Now, however, a tort claim, where PIP benefits are not paid is a viable way to seek reimbursement. Sections 500.3116 and 500.3109 would not apply because the tort recovery would not be considered PIP benefits.

In the past, Michigan auto subrogation was limited under § 500.3116 to out-of-state accidents, actions against uninsured motorists, and intentional acts. Though § 500.3116 did not change, the method by which Michigan motorists will be compensated has. Now, compensation over first-party PIP limits will be recovered through tort actions, and because such recoveries are not PIP benefits, the recoveries are not subject to § 500.3116. Similarly, compensation recovered in this matter will not be subject to the Collateral Source Rule of § 500.3109.

Recovery for out-of-state motorists is also impacted by the reform. In the past, if the out-of-state insurer was certified under § 500.3163, the out-of-state insurer’s policy was conformed to Michigan law to provide Michigan benefits. Now, such policies will not be reformed, and insureds will have to institute tort actions to be compensated. These recoveries are also not subject to § 500.3109 and § 500.3116 and, therefore, present a new opportunity for subrogation recoveries.

Effective Dates of the New Law

While the governor signed HB 4397 into law on May 30, 2019, portions of the new law do not go into effect June 11, 2019, and still others won’t become effective until July 1, 2020. The tolling of the one-year-back rule, the new consumer anti-fraud unit, and the new online consumer page for the Insurance Commissioner/Department of Insurance and Financial Services became effective on May 30, 2019. The new definition of the “serious impairment” threshold, the new rules for IME’s, and the new rules for out-of-state residents injured in Michigan all became effective on June 11, 2019. Other changes, including the 56-hour limit on in-home family care and the new medical provider fee schedule become effective on July 1, 2021.

The massive changes to Michigan no-fault laws will have a trickle-down effect from underwriting, to claims, and finally to subrogation efforts. It remains to be seen if the savings realized on the PIP side of the legislation will be offset by the increase in a corresponding increase in liability insurance premiums. The new law appears to assume a level of consumer sophistication, anticipating that drivers will realize exactly what their employer-provided health coverage actually provides when it comes to the choice of opting out of no-fault.

If you have any questions about Michigan no-fault law or auto insurance subrogation, contact Gary Wickert at [email protected].

[6] M.C.L.A. § 500.3109(1) generally provides insurers providing PIP benefits with an offset for benefits provided or required to be provided under state law. Because out-of-state residents will not be recovering Michigan PIP benefits, no collateral source reduction will be permitted.