AOB Insurance Scams In The Wake Of Hurricane Ian

You are here:
Posted by Elizabeth K. Hernandez on October 4, 2022 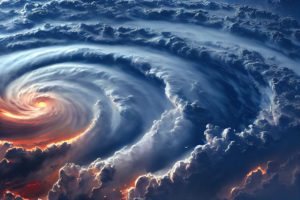 As Hurricane Ian fades into the Atlantic and insurance professionals are left to sort out the devastation in its wake, another storm is rising, and it is not the type which causes damage to homes and vehicles. It causes damage of a much more insidious nature. Following a storm or other natural disaster, canvassers hired by the “hail cartel”—lawyers or opportunistic general contractors—can be found blanketing a neighborhood and knocking on doors. “I’m here to get you a new roof,” the canvasser says. They tell the innocent homeowner that he or she has roof damage that they may not have noticed and that they are entitled to 20% more for “general contractor overhead and profit”, even if no general contractor is necessary. They locate and fabricate damages which either did not exist or were pre-existing and ask the homeowner to sign an Assignment of Benefits (AOB) and promise them a new roof at no cost and with no hassle on their part. This is repeated thousands of times across entire zip codes. A lawsuit is quickly filed against the insurance company, even before they are given notice of a claim. Policyholders are misinformed, contractors circumvent statutory and policy guidelines, contractors and general adjusters inflate damages, and attorneys apply mass tort models with the promise of large attorney’s fees to simple property damage claims. Claim solicitation efforts such as these have ensnared innocent homeowners in unnecessary lawsuits in recent years by promising big payouts at no cost following hail or other natural disasters. The result of the widespread scheme is higher insurance premiums and less choice in insurance companies throughout many states. AOB scams have become the largest cost-driver in the insurance industry and are having a widespread, detrimental effect on consumers across the country. The mess they create complicates and makes more difficult the carrier’s efforts to subrogate a loss if and when there is a third party responsible for contributing to or exacerbating the loss.

An Assignment of Benefits (AOB) is an agreement, signed by the insured homeowner, which transfers the insurance claim benefits and rights under the policy to a third party—usually a contractor. An AOB gives the contractor the authority to file a claim, make repair decisions and collect insurance payments without the involvement of the homeowner. They literally step into the shoes of the unwitting homeowner who then becomes captive to the scheme that unfolds. The AOB transfers the rights to: 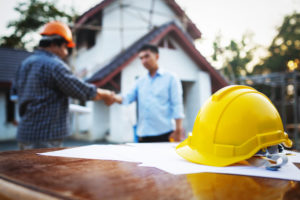 When, whether, and in what amount property insurers must include a general contractor overhead and profit (GCOP) line item on first-party repair or rebuild estimates, when the insured does not engage a general contractor, remain issues of considerable confusion and uncertainty. This issue arises where the insured does not intend to repair or replace the insured property, and thus does not intend to hire a general contractor, yet still feels GCOP is properly included as Actual Cash Value (ACV) under the policy. In calculating repair or replacement cost in first-party property claims, it is often necessary to determine what must be replaced or repaired, who is qualified to perform that work, and how much that work costs. If the insured oversees the repairs or construction himself and puts in the time and resources necessary to coordinate one or more subcontractors, is the insured entitled to compensation under the policy for amounts for GCOP that otherwise would be paid to a general contractor? Usually not. But when an AOB is involved, significant GCOP charges are submitted to the unsuspecting insurance company. A chart detailing the law in all 50 states on overhead and profit (GCOP) payments in first-party ACV property damage insurance claims can be found HERE.

The AOB practice does more than cost insurance companies and the premiums paid by the public. It also complicates subrogation efforts, adding to the cost of insurance by making difficult legitimate efforts to recover losses through subrogation, as insureds no longer want to be part of the process and the lawyers and/or contractors to whom benefits were assigned have no obligation to cooperate in such efforts. While hurricanes, tornados and floods do not usually lend themselves to readily-apparent subrogation potential, there are many avenues of subrogation available in such instances, including construction defects, improper repairs, product liability, etc. The unavailability of subrogation which would otherwise be automatic, translates to higher premiums. An MWL webinar entitled “Subrogating Against God” focuses on the unique subrogation opportunities which are available to the diligent carrier when natural disasters strike. It can be viewed HERE.

In the face of unscrupulous AOB practices, states are beginning to fight back. On July 1, 2019, Florida’s Governor Ron DeSantis signed SB 122, which created § 501.172 and addressed concerns regarding abusive litigation practices by contractors and their lawyers. The new law allows insurers to offer an insurance policy—at a reduced premium—that restricts an insured’s ability to assign insurance rights. The new statute defines what an assignment agreement is and what it must contain for it to be valid, including an AOB provision which warns insureds that they are giving up insurance rights by signing the agreement. It also gives the insured the right to cancel the AOB agreement under specific circumstances. It requires a contractor to serve the insured and carrier with a notice of intent to file a lawsuit against the insurer. The notice must specify the damages in dispute, the amount claimed, and make a settlement demand. The contractor must also provide a detailed written invoice along with information on equipment, materials, supplies, the number of labor hours, and proof that the work was performed in accordance with accepted industry standards. Importantly, the new Florida law also truncates a contractor’s ability to collect attorney fees in litigation. Currently, a contractor can recover all its attorney fees so long as the contractor makes any recovery—which is the reason attorneys get involved. Under the new law, a contractor’s ability to recover attorney fees is determined based on a comparison of the pre-suit offer and demand against the ultimate judgment in the case.

States are also fighting similar AOB practices in the area of auto insurance—such as involving claims windshield and glass replacement. A vehicle owner wants to get back on the road as soon as possible and easily falls prey to unscrupulous auto glass companies and vendors who promise the insured they can get their glass replaced and have somebody else deal with the headache of making and perfecting a first-party insurance claim. As with homeowners’ insurance, many of these auto policy AOBs come equipped with a suite of consumer protection clauses that were never intended to be in the hands of glass shops or other third-party vendors. Once these shops have an AOB in hand, they have the ability to charge more or less whatever they want for their services, because they can enter into fraudulent, risk-free litigation and extort large payments from the carrier. The additional cost to the industry is passed on to consumers in the way of higher auto insurance premiums. Florida and Arizona are hot spots for this scheme, but it is also growing in states such as Connecticut, Kentucky, Massachusetts, Minnesota, New York, and South Carolina. There has been protective legislation proposed in these venues—such as Arizona SB 1169, which would require deductibles on auto glass replacement claims—but so far, nothing has passed. Legitimate glass replacement companies are crying out for legislative help in restoring integrity to the segment of their industry. They are stuck between a proverbial rock and their duty of good faith in negotiating and settling first-party insurance claims. Insurers, insureds, lawyers, and legitimate, licensed vendors should be joining forces to thwart this subversive attack on the most basic types of claims in our industry.

Elizabeth K. Hernandez is a partner at MWL and oversees the Jacksonville, Florida branch office. Elizabeth is licensed to practice in Florida. Her practice focuses on complex property and casualty subrogation, workers’ compensation subrogation, and automobile subrogation. If you have any questions regarding this article or subrogation in general, please contact Elizabeth Hernandez at [email protected].