As you may know, Gary Wickert recently appeared on a national radio program, hosted by Larry Cohen. The program, which was produced by Ringler Radio and entitled “Driverless Car Litigation”, focused on the ever-changing intersection between the exploding industry of self-driving vehicles, product liability litigation, and the auto insurance industry. The latest innovations in driverless cars were discussed, along with their likely impact on the insurance industry and underwriting. Even trial lawyers will have to adapt to the changing face of auto accidents and injuries that involve self-driving vehicles. “The future starts today, not tomorrow,” Pope John Paul II famously said and he was right. Driverless cars – more appropriately known as “autonomous vehicles” – are here to stay, and we have only just begun to see the shockwaves to and ramifications for the $225 billion auto insurance industry. To read the article discussed in the radio program, entitled “Driverless Car Litigation – The World of George Jetson Has Arrived!” – posted on the CPCU website, click HERE. 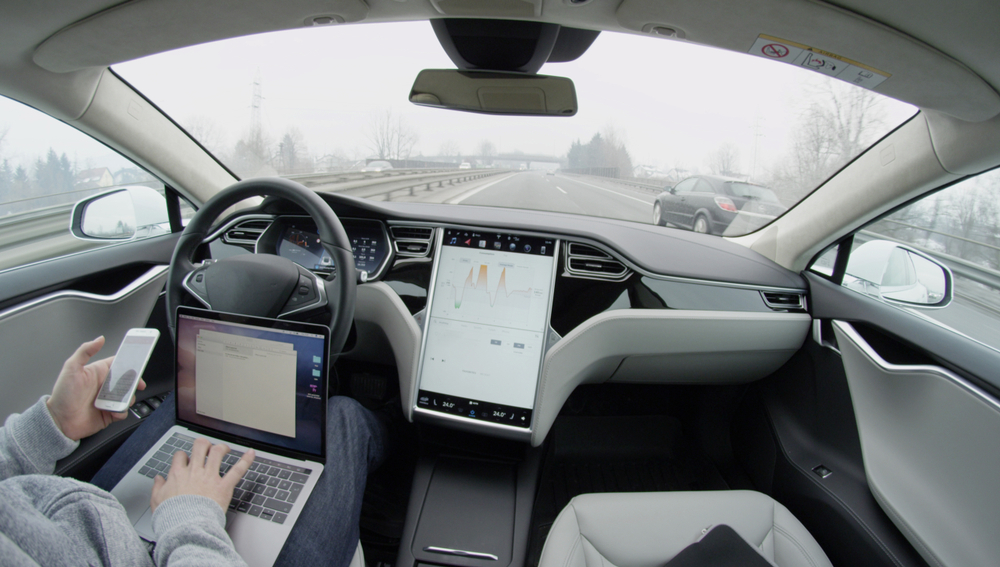 Tesla’s new insurance plan is called InsureMyTesla. It is cheaper than traditional auto policies because it’s underwriting takes into consideration the vehicles’ Autopilot safety features and maintenance costs. InsureMyTesla has been available in 20 countries, but Tesla just recently partnered with Liberty Mutual to make the plan available in the U.S. InsureMyTesla is Exhibit 1 in the debate over whether the industry will have to adapt as cars get safer with self-driving technology. Gary Wickert’s appearance on Ringler Radio, above, discussed how autonomous vehicle technology was going to change simple auto accident litigation into more of a product liability cause of action than a mere negligence suit. Tesla’s new insurance plan is proof that the disruption caused by driverless technology will be more far-reaching than previously thought.

InsureMyTesla was underwritten specifically for Tesla vehicles. Its benefits include replacing total loss Teslas within one year. Tesla launched the package on October 13 in all 50 states. However, it has already existed for some time in 20 other countries. Early reports from implementation of this insurance in Hong Kong and Australia earlier this year reveal that overall insurance premiums are reduced when underwriters factor in the safety and accident-avoidance features which such cars boast. The Autopilot feature and advanced driver-assistance technology all but assure that if an accident occurs, it will most often be the result of a rare product defect rather than driver negligence or inattention.

The National Highway Traffic Safety Administration (NHTSA) has announced that accident rates for Tesla vehicles have dropped 40% since Autopilot was first introduced. And, because electric vehicles also generally require less maintenance than traditional, gas-powered vehicles, there is additional savings for the vehicle owner. Tesla’s CEO, Elon Musk, has announced that if traditional auto insurance providers fail to match the insurance premiums to the risk of the vehicle insured, Tesla could bring the insurance aspect in-house, causing further disruption to the insurance industry and possibly starting a disturbing trend.

Tesla’s partnership with Liberty Mutual represents the first time the InsureMyTesla insurance package has been available in the U.S. This launch follows on the heels of AAA indicating it would raise rates for Tesla owners after seeing a high frequency of claims among Model S and Model X owners. Their decision was based on hard data provided by the Highway Loss Data Institute. Tesla has maintained that the HLDI analysis was “severely flawed.”

The Tesla/Liberty Mutual offering is the first time the U.S. auto market has flinched, an indication that the $225 billion industry will have to adapt to and provide a product commensurate with the touted safety features and lower accident involvement of vehicles which contain the safer technology.

Many U.S. auto carriers have admitted in SEC filings that autonomous vehicles could threaten their existing business models, according to a 2015 Bank of America and Merrill Lynch report. Some have suggested that the personal auto insurance sector could shrink by as much as 40% over the next two decades. Tesla has even aspired to one day bundle the price of insurance and maintenance into a single sticker price for future vehicles.

Other pundits have indicated that autonomous vehicles will cause America’s auto insurance industry to grow before it contracts. Experts predict that premiums from autonomous vehicles will bring in excess of $80 million in new premiums to the industry over the next ten years. This new revenue will flow from three new coverages – cyber security, product (software and hardware) liability, and public infrastructure insurance coverage.

The history of auto insurance coincides with the history of the auto, and the need for auto insurance grew along with the proliferation of autos in America. It has been less than 90 years since the first mandatory car insurance law went into effect in America. While there are now 250 million cars in America, not much has changed in the auto insurance paradigm over the years – all that is about to change. Stephen Hawking famously said that “Intelligence is the ability to adapt to change.” It remains to be seen how smart America’s insurance industry will be as it is pulled, kicking and screaming, into the autonomous vehicle market.